Number 1187: Origin of the Black Knight 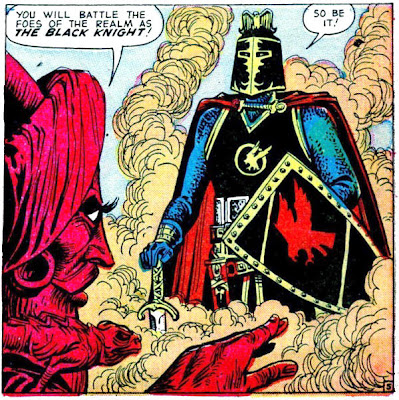 Black Knight was a transitional character for Atlas Comics in 1955, created after the Comics Code was implemented. Black Knight was not a superhero, but had a secret identity. Merlin the Magician was a major player in the series. The real magic was a combination of writing and drawing by Stan Lee and Joe Maneely.

Maneely drew the character for the first three issues, after which it was taken over by Fred Kida for the penultimate issue, #4, and Syd Shores for the last issue, #5. 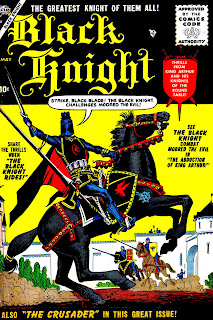 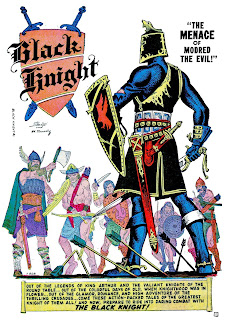 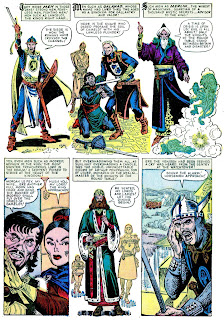 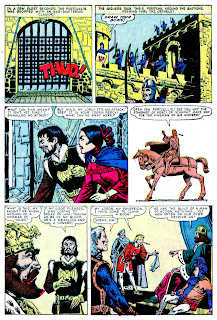 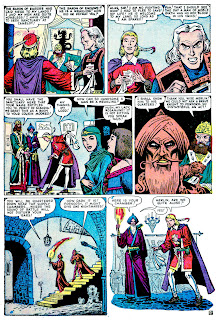 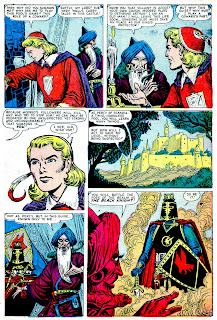 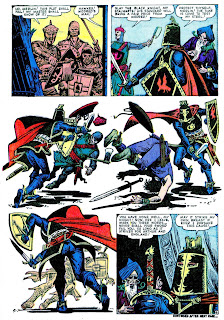 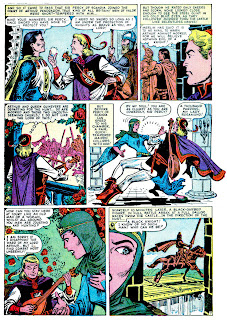 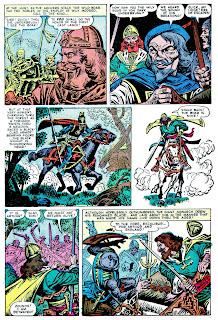 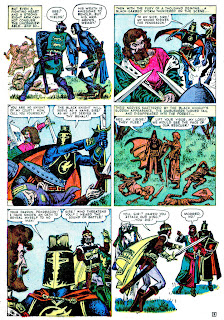 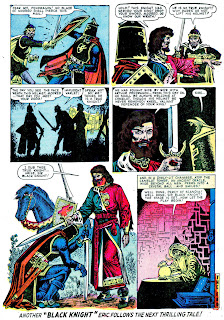 Even though I despise the crappy glossy stock they're printed on I had to purchase the Marvel Masterworks collection of The Black Knight and The Yellow Claw. The fifties were a great era for comics.

It's so difficult to look at Joe Maneely art. What could of been? He was, and would have been, one of the greats.

I have to defend Stan a bit here, because there's a lot of revisionist history that Kirby and Ditko were the real genius (they were geniuses, for sure), but Stan did so much work outside them that shows the same flare that made Marvel what it was, I think it's hard to claim that.

Actually, Stan Leeonly wrote (and signed) about two of the Blakc Knight stories. I hav ebeen going through them to determine if he wrote any others unsigned, but sofar I can't say I have found ny linguistic evidence for that.

Pappy: What incredible art. The action panels just vibrate with power. Maneely's attention to detail, his inking, and his panel construction were just so superfine. Looking at this, it's so easy to understand why Lee thought he was destined to be another Kirby in stature and reputation; and why his early death remains such a tremendous tragedy for the art form.

Count me as yet another who was wowed by the artwork of this story.

Sorry to take so long to get back to you, guys...we have family coming in from out of town tomorrow, and we've been getting ready. Or at least as ready as anyone can get for grandchildren ages 7 and 6. They will be staying here in Casa Pappy for a month. Lord have mercy...

Back to the business at hand. I'm happy that several of you have chosen to comment on this posting. Black Knight is one of my favorite Atlas titles, and I'm sorry there wasn't more, but, and this is no knock to the fine artists who followed Maneely, he was my favorite.