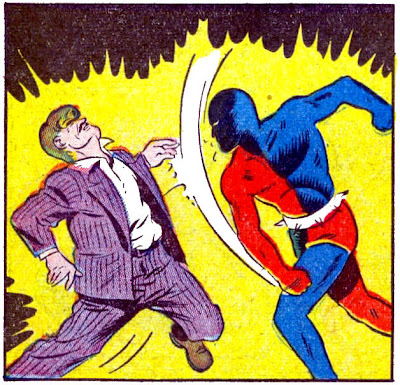 Frank the Tramp is so bad he doesn't know how many people he's killed. “I guess hundreds —” he says to himself. “I kinda forgot —” Whew. Now that’s a bad guy. Frank avoids detection for a long time the way real-life serial killer Henry Lee Lucas reportedly did, by traveling around and varying his methods of dispatching victims. As Frank puts it in his final attempt at murder, “I've killed people all sorts of ways, but never with a live wire!”

In my opinion this story from Daredevil #22 (1943) is really only interesting because of Frank, not because of Daredevil, who just steps in when necessary. Certainly not by Daredevil’s kid gang, the Little Wise Guys, even though Frank’s crime spree is stopped because of their suspicions. Frank’s two wives are there to build up the story and provide Frank with victims. The critics of comics, crime comics especially, were sensitive to this sort of thing. Biro followed a criminal’s career, right up until the criminal’s bad end. That wasn't anything new in fiction, but in four colors, sold to children, it caused alarm.

This story is by Charles Biro* and drawn by Norman Maurer. 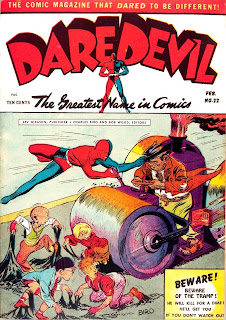 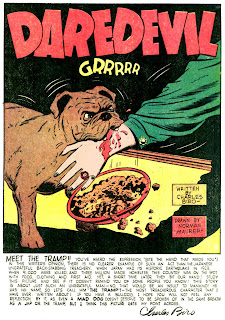 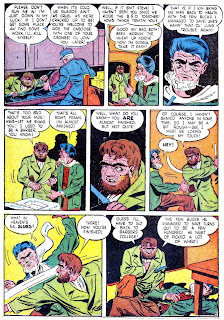 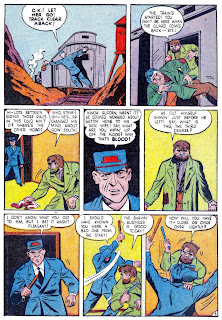 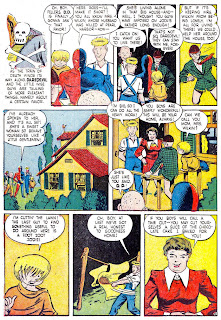 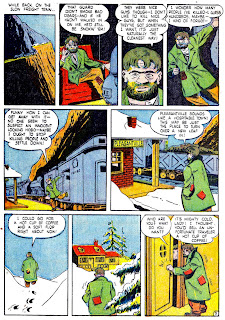 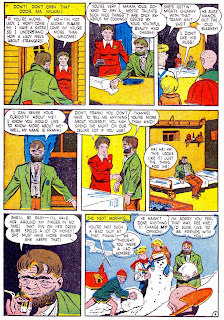 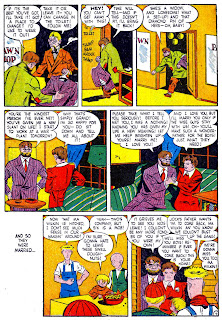 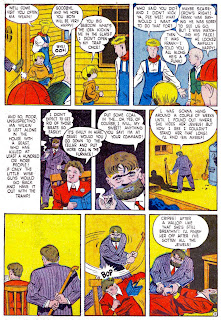 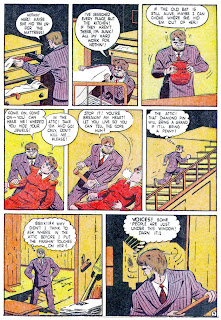 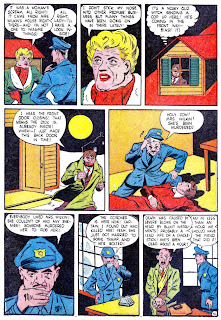 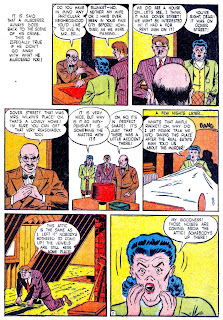 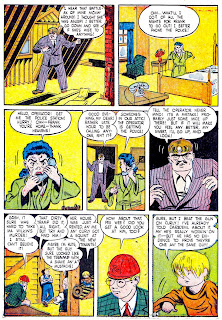 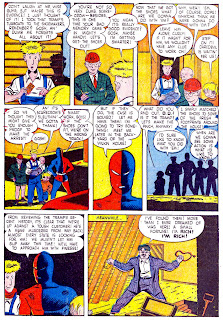 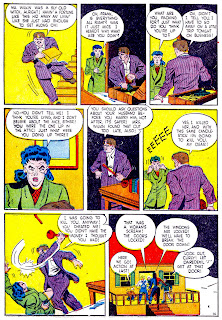 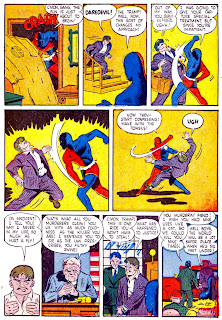 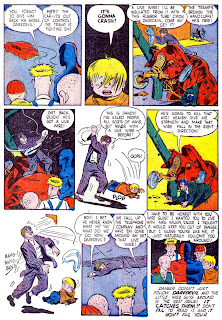 *According to David Hajdu in The Ten Cent Plague, Biro also used Virginia Hubbell as a ghost-writer, but the Grand Comics Database credits this story to Biro.