Number 1186: Life goes to the funnies

For a magazine that didn't run gag cartoons (unlike other popular publications, Saturday Evening Post, Look and Colliers), Life ran many articles on cartoonists, cartooning, and comic strips. Here are some examples I've culled from issues published in 1945 and '46.

The public watched Skeezix grow up and go off to war in Frank King's "Gasoline Alley." This article from the Life issue of June 4, 1946, shows a sequence with returned soldiers Skeezix and Wilmer hiring their old sergeant. 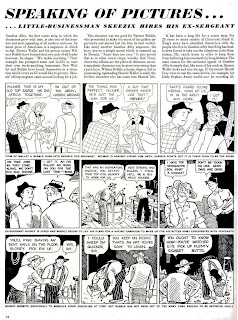 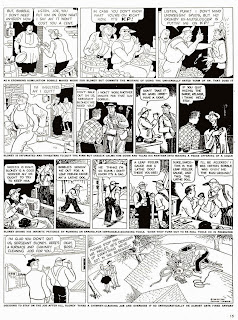 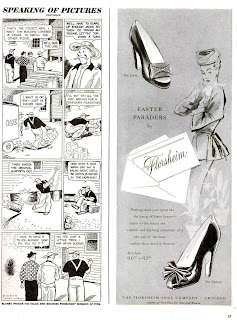 "Miss Lace" was a strip done for the troops by Milton Caniff. The article in Life was promoting the book, Male Call, bringing the sexy Miss Lace to the general public shortly before the war with Japan ended. This article is from the issue dated June 8, 1945. 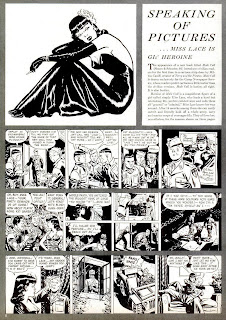 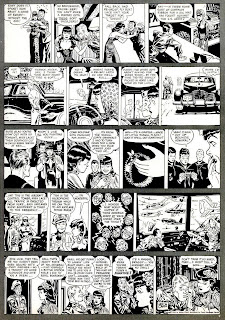 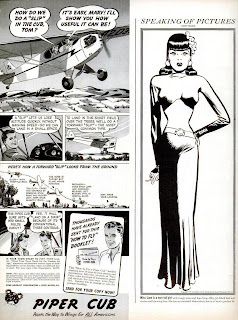 Al Capp may have been the most popular cartoonist in America at the time. Capp had one leg and a huge ego. He got a chance to be the star by telling his own story, "Li'l Abner" style. The excerpts are from the comic Capp produced for amputees returning from the war. The text article is a biography of Capp that reads like a typical puff piece. It tells us he worked for Ham Fisher on "Joe Palooka," but not that Fisher claimed Capp stole the idea of the hillbilly family from him. We also read in the article that Li'l Abner was based on a young Henry Fonda. This longer than usual article is from Life, June 24, 1946. 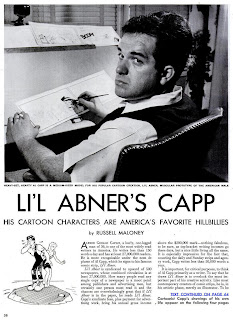 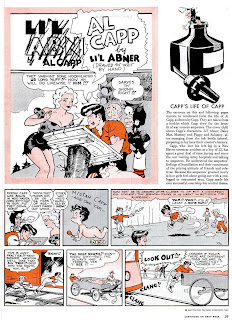 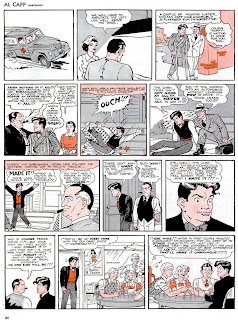 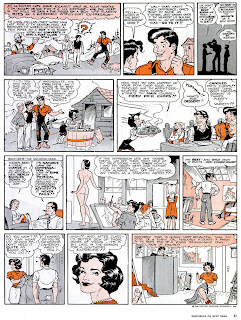 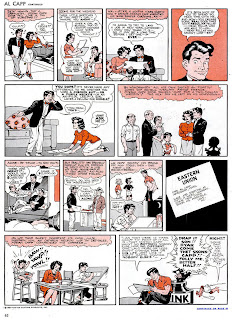 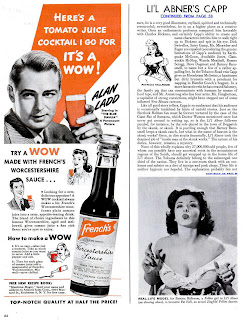 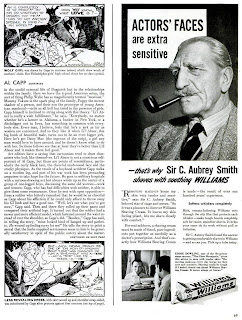 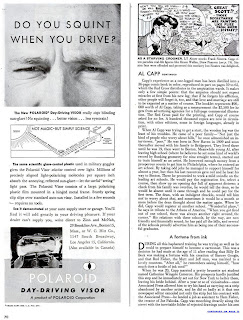 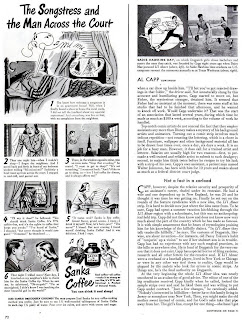 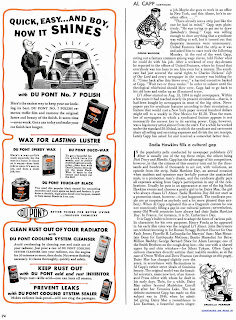 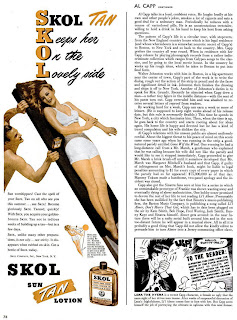 The end of the article segués nicely into the contest that made Basil Wolverton known (and notorious) around the world! He won the Draw Lena the Hyena contest. As far as I'm concerned the runners-up shown here aren't even in the same league as Wolverton, who won out of a field of 500,000 entries. 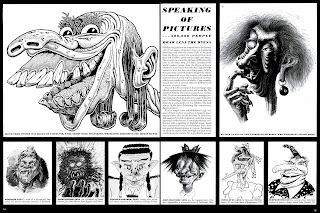 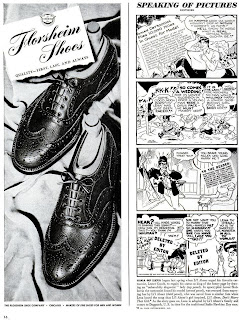 On the Lena runners-up, it's interesting to me to note that one was a commercial artist named Appenfelder from Cincinnati, Ohio. In the sixties, I attended grade school with an Appenfelder here in the Cincinnati area. Not the most common name so I wonder now if it was the son of that guy!

Steve, considering the name, it probably was. The world is much smaller than we think and full of coincidences.

I actually *own* a copy of that LIFE magazine featuring Al Capp's "bio" from 1946...as well as the issue from 1952 which cover-featured Li'l Abner's marriage to Daisy Mae.

Didn't Ham Fisher try to get Capp busted for obscentity in the 1950s by claiming there were pornographic images (such as an end of a belt thrust forward supposedly to resemble an erection) in the strip?

Kirk, yes Fisher did that and was kicked out of the National Cartoonists' Society in disgrace. It was an ugly incident, and Fisher later killed himself.

Cartoonjoe, I have several Life magazines, but I'm very happy that they are available on Google Books for anyone who wants to look at them. I find it much more handy to use their scans than have to scan the oversize pages from the printed magazines.

True that! I *love* Google books!