Number 1183: Caught with her panthers down 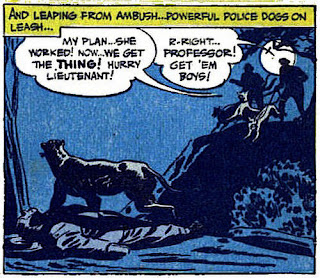 "Fangs of the Panther," from Harvey's All-New Comics #11, which is cover-dated Spring 1945, is probably at least partially inspired by the movie, Cat People, which was a big hit in 1942. Jerry Robinson, who had started his career assisting Bob Kane on Batman, is the artist. He was proud of this story, or appeared to be, since he signed it in both the splash and last panels. Signed comic book stories weren't unusual, but signed in two places was unusual.

Robinson died December 8, 2011, at age 89. He was active at that late stage in his life, based on this drawing of Robinson which appeared in The New Yorker magazine in May, 2011. Robinson was one of the pioneers of comic books, having joined Kane's studio as a teenager in those days when comics were finding their form. 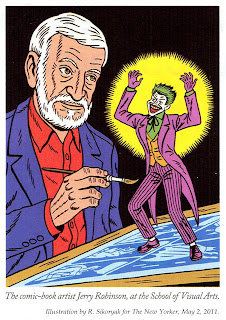 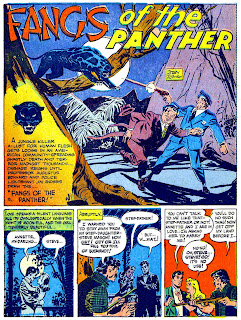 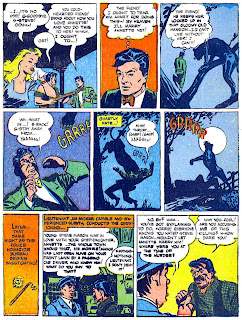 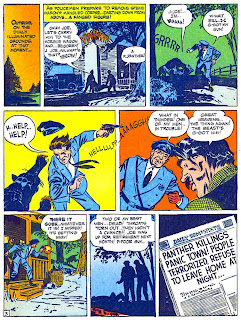 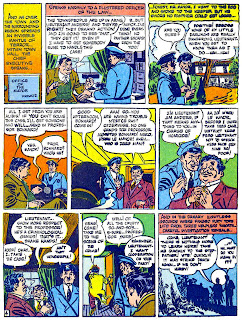 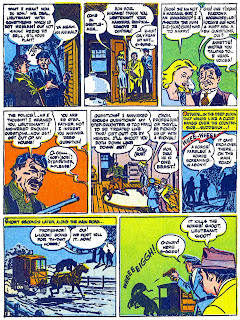 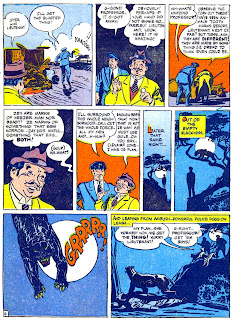 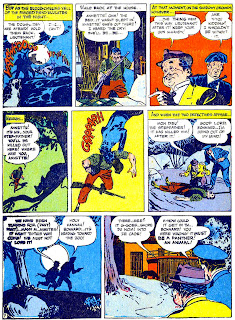 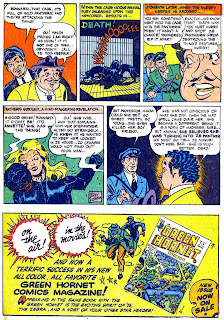 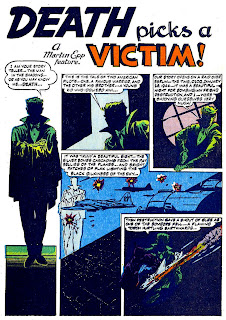 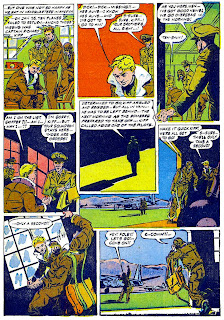 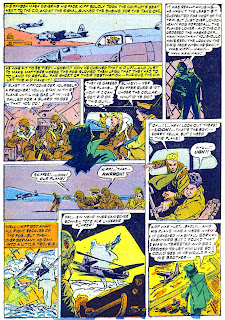 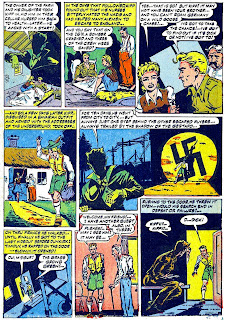 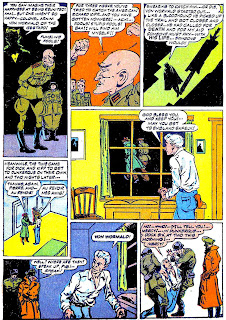 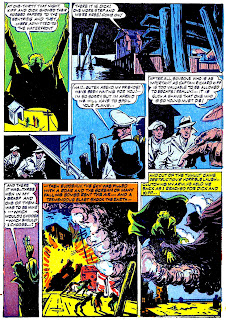 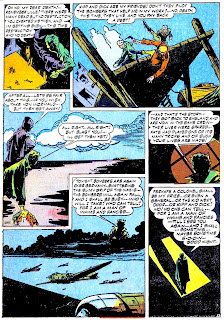 There's some purple prose going on in those stories!

Wow, there's a bit of serendipity going on here, today on your blog you featured a hot blonde in a cat suit and last night on my blog I featured an Ed Wood stripper in a cat suit!

Seeing that I've synched up with Pappy means I'm becoming a real blogger! :)

I really can't suspend my disbelief enough to be convinced a woman in a leopard suit equals artists drawing a real leopard. Just go with the were-leopard.

What's your blog, Gumba? Do I have it linked? If not I'll make sure to do it.

Just click my name, that'll link to my profile and my blog. You've already got it linked, I'm pretty sure, and thanks for that!

It's time to get my memory pills Rx refilled.