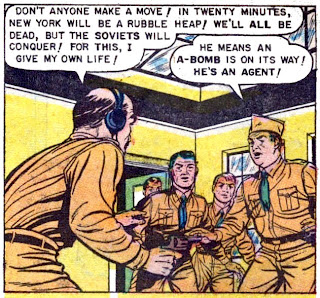 Atomic War #1 (1952), a paranoid classic from Ace Comics, is the stuff of my childhood nightmares. I dreamed about being in an atomic blast. Maybe more of my generation, and our parents' and grandparents' generation, did also. We were very propagandized in the 1950s. I remember hearing the words from a teacher in my elementary school that shocked me: "It's not IF, kids, it's WHEN," in a classroom discussion on how to avoid death when the Big One was dropped on us.

Now we know it was all part of the big lie told to us naïve children, trusting that our adults would know how to protect us. By that time the destruction of cities Hiroshima and Nagasaki had shown if you were in a certain radius there was nothing left of you but vapor, and even outside that radius your days left on Earth were few. An article tells the grim story. 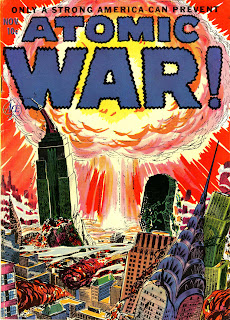 But even in those days of of feeling an attack was inevitable, we knew for it to happen the Russians had to fly in and drop those bombs on us without themselves being shot down by the U.S. Air Force. It was a sliver of hope! Our brave airmen would protect us! Yay!

Artwork is credited by the Grand Comics Database to Ken Rice. Without further ado, my childhood atomic nightmare: 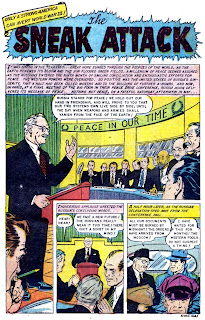 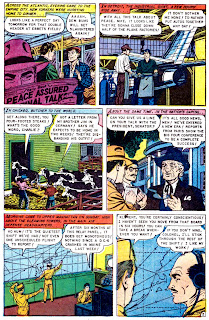 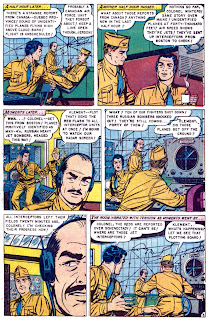 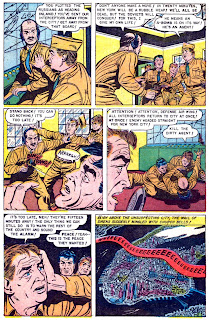 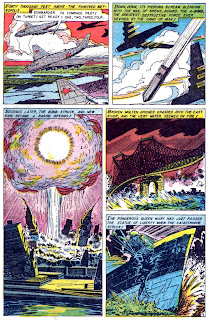 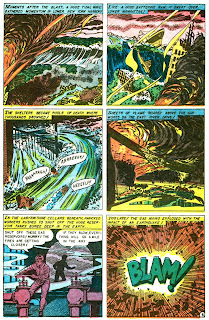 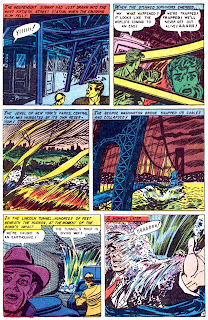 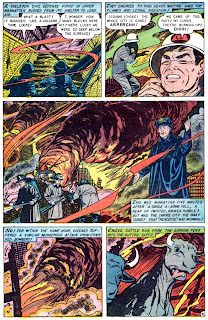 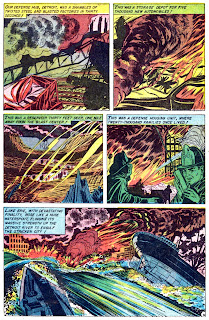 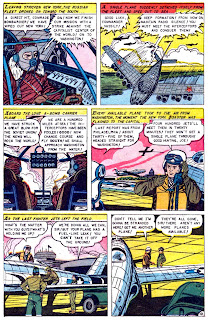 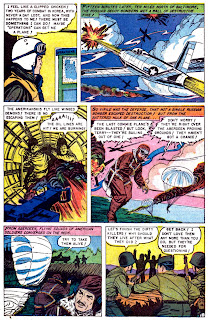 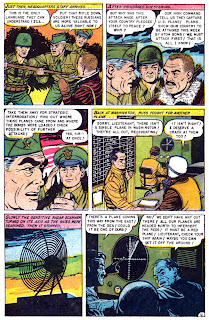 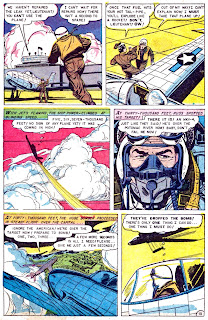 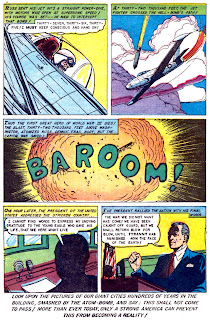 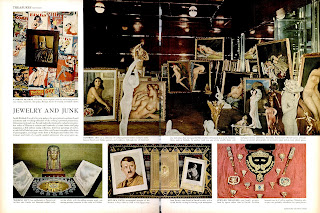 What a difference sixty years makes. When I look at the picture of some of Farouk's collection, everything I see (except for the bronze likeness of Farouk himself) I'd want. Even the nudie-cutie paintings look campy and collectible. Does any of it still exist? I don't know. 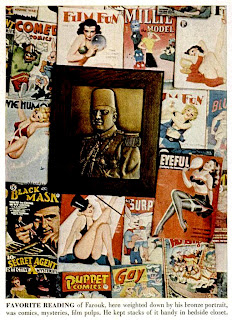 My guess is for illustration purposes photographer David Douglas Duncan chose items from the closet that would have made the ex-king look foolish. As we see in the photo, besides pin-up magazines, Farouk read Timely publications' funny animal kiddie comics and Millie the Model. He most likely had other comic books, too. The article says he had "hundreds of comic books and pulp magazines."  Who knows? Maybe Action Comics #1. Maybe even copies of Life. As I said, what a difference...yesterday's trash, today's treasures.

The interesting (sad) thing about this paranoia is it actually had a greater cost for the Soviet Union. Even as far back as the late 70s, the Soviet Union knew that were being vastly outspent, and while they never had the technological edge, they were getting further and further behind.

They wanted to back out of the cold war, and tried with Carter, but than Reagan got elected, and he was fully involved with this paranoia. The later disastrous collapse and continued instability was a direct result of Reagan cranking up the money and tension.

Some of the suffering in Russia right now can basically be traced back to this 50s paranoia.

A reason to envy King Farouk. Toss out the jewelry and bling and you've got some real treasure there Farouk-old boy!

I wonder if he missed his comic books when he was in exile? No eBay to buy them from in those days!

Gumba, your comment is something close to my heart. Over 20 years ago I was button-holing people to tell them why the Soviet Union had ceased to be a threat.

Their war in Afghanistan was a disaster and a money pit (as we Americans have also found out). We were also fighting them in proxy in that war, sending weapons to fighters who later used the weapons against us.

The military spending to keep up with the U.S. for over 40 years was insane, because while the Soviets had a space program, they didn't have a weapons program to match ours. My feeling is that when Stealth technology was introduced they were already so far in the hole they probably threw up their hands in the Kremlin and tried to figure a way out of the mess.

What concerns me now is that while politicians talk about cutting back programs that benefit the poor and elderly, no one ever mentions the off-the-charts military spending, on weapons against which no enemy would have a chance. In the meantime wars fought on a very grassroots level continue to bedevil us while we spend billions on new fighter jets. Crazy? You betcha!