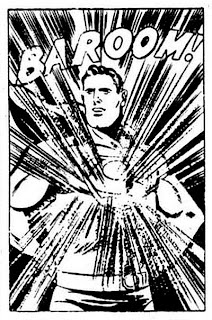 I like to look at editions of American comics published in other countries. This issue of Superman, published in Australia for K.G. Murray (and distributed by an English company...so did it appear in the UK, also?) is a good example. They've left the Superman contents unchanged from the American, but made small changes in the dialogue of the Henry Boltinoff gag pages.

"The Adventures of Mental-Man" has a ridiculous premise and depends on extraordinary circumstances to make the plot work. You'll see what I mean when you read it. Wayne Boring did the artwork, and he was "my" Superman artist growing up. If nothing else, I knew it was a Wayne Boring job just by the panels showing Superman in flight. Al Plastino* did "The Dog Who Loved Superman" in much the same Boring style (and yes, I'm being intentional). It's inked by Stan Kaye, who inked a lot of Superman stories to give them some consistency. Jerry Coleman wrote the first, Bill Finger the second. 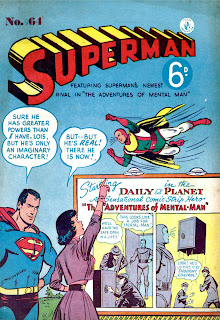 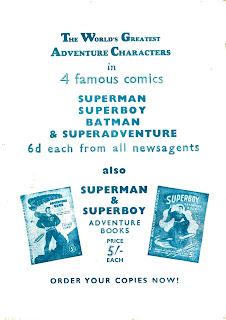 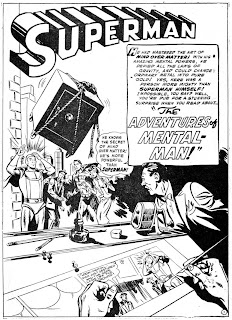 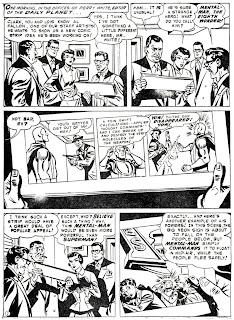 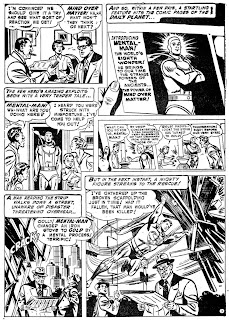 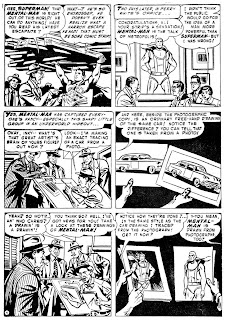 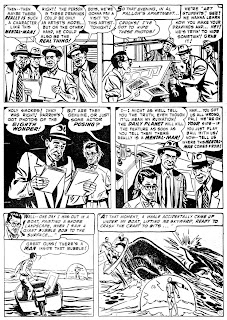 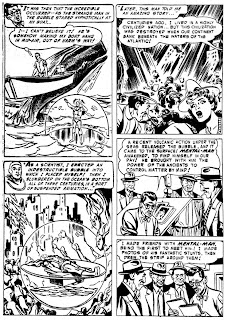 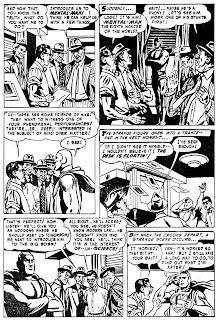 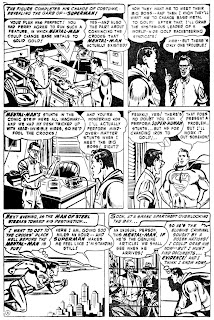 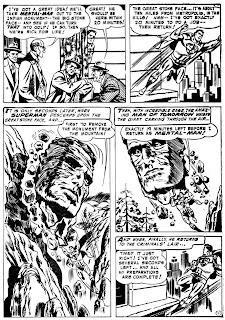 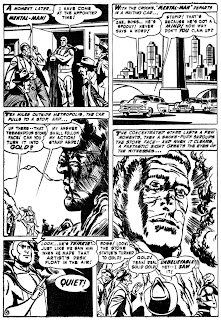 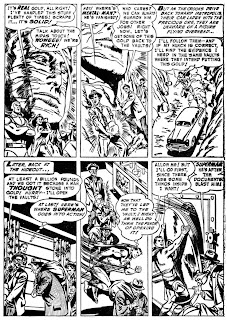 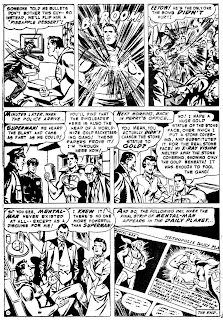 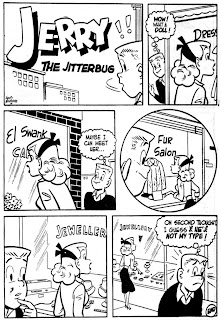 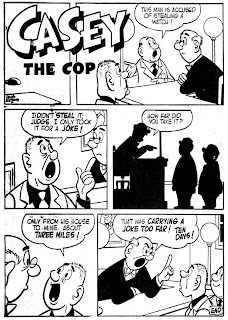 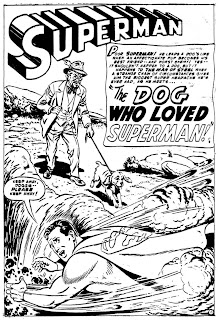 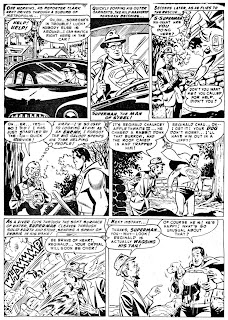 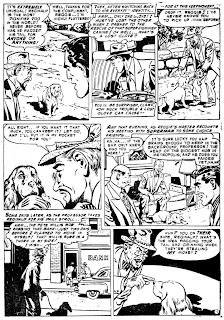 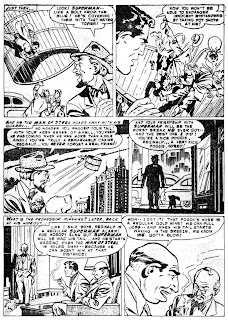 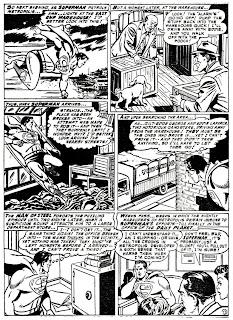 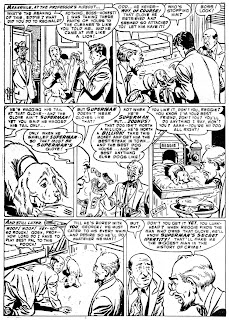 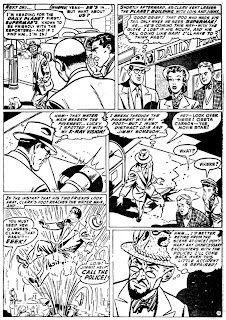 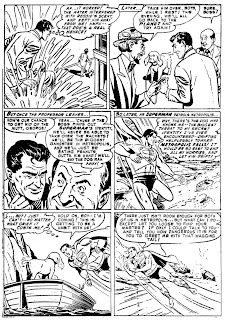 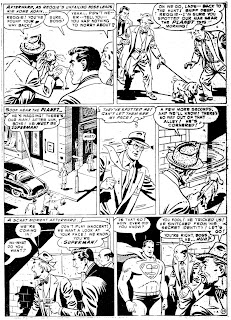 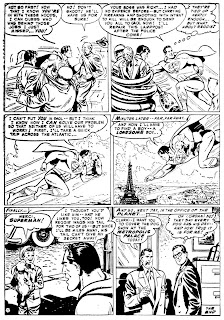 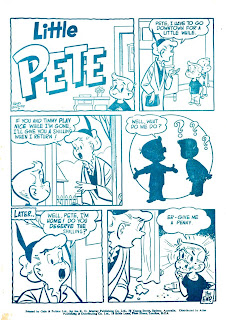 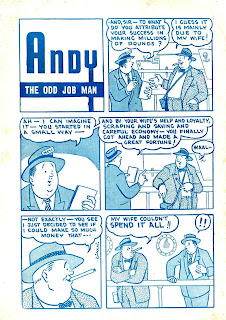 *The Stan Kaye inking credit is from Grand Comics Database. In a 2007 interview Plastino claimed he did all his own inking, and that he was told to draw like Boring, whose style he described as "rigid."

Plastino's style is evident, and confirmed by his signature, in these two "U.S." Royal advertising strips from 1951 issues of Boys' Life magazine. Advertising is where the money was, and artists good enough to get these jobs did very well.

I saw the trailer for a 2008 Superman movie and thought at the time how much better it would have been to have Superman appear as a real Boring-type Superman rather than the effete adolescents they insist on offering.

The "Mental Man" story seems to be a reworking of a '40s Superman story wherein Nazi agents terrorize the creator of a comic superhero called Geezer - and of course Superman poses as Geezer to save the artist.

I would think that since Superman was solidly established as an American character, the alteration of the dialogue would be unnecessary (dollars to pounds, jail to gaol). The "Jerry" strip had its punchline ruined by such a change.

rnigma, a superhero called "Geezer"? That sounds like someone I could identify with.

I think it would be fun to see an altered, British-styled Superman. "Don't call me 'Guv'!" said Periwinkle White, editor of News Of The Planet, to Jolyon Olsen.

Or Superman using his x-ray vision, "I can see those blokes through the wall!"

Oh well...it's obvious I'm not the one to translate American into British English.

I always feel sorry for people in far away lands who had to see all this 4-color goodness in black and white.

Yup, Geezer was his name... his catchphrase was worse: "Look out Ebenezer, here comes Geezer!" He had a buff body and a Howdy Doody- like face.

Anyway, Australia would decimalize its currency in 1966, when pounds became dollars - no changes would be needed from then on.

Thanks for posting these, Pappy; I'm greatly interested in reading any Superman stories that haven't been reprinted, particularly those from the Atomic Age (1946 to 1958), even if the stories are "stodgy", or, as I like to think of them, "goofy".
The basic plot for "The Dog Who Loved Superman" was used in the TV series for "The Dog Who Knew Superman", but I doubt anyone living knows which came first.
Thanks again.

"The Dog who loved Superman" is based on the second season Adventures of Superman episode, "The Dog Who Knew Superman."

Jacob, thanks! I didn't know that.