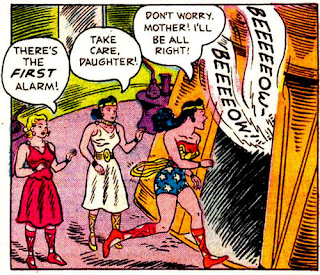 His last issue is just as screwball as most of the issues he drew. Wonder Woman was much cleaned up from the era before her creator, William Moulton Marston (writing as Charles Moulton) was writing the strip. No kinky and bizarre bondage themes, for example. Well, they dropped kinky and kept bizarre. In this issue Wonder Woman goes hopping through time, encountering a dinosaur mingling with cavemen, a society where numbers stand for thoughts, and a crazy Olympic-style games.

That type of story, which came from editor Robert Kanigher, would be the norm even during the era of artists Ross Andru and Mike Esposito, who took over the book and would draw Wonder Woman for the next several years, based on the familiar depiction created by H. G. Peter 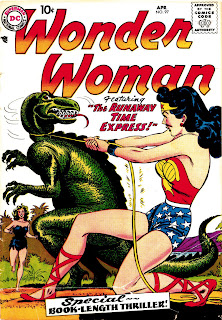 The cover is credited by the Grand Comics Database to Irwin Hasen and Bernard Sachs. 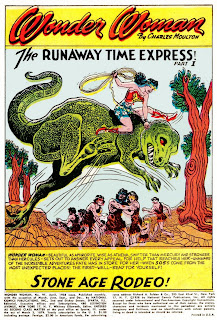 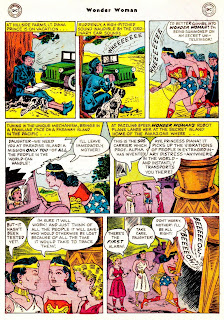 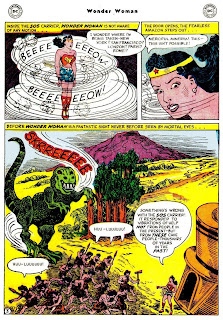 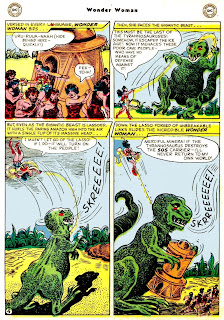 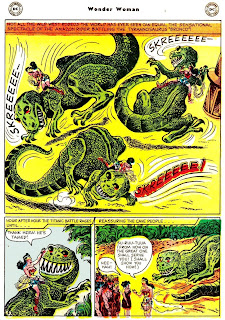 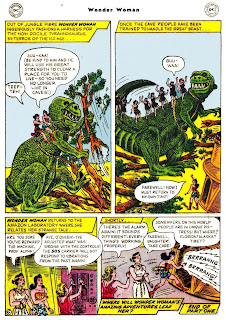 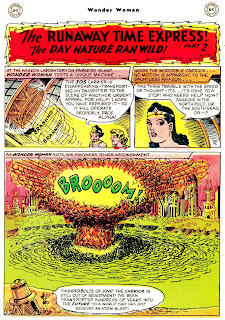 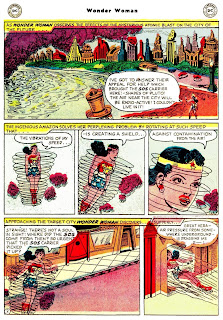 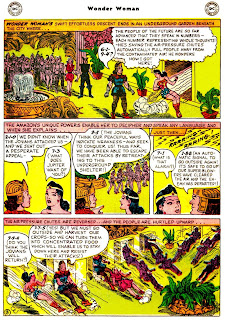 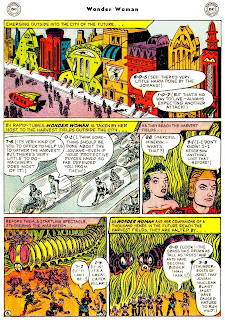 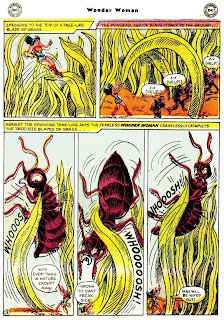 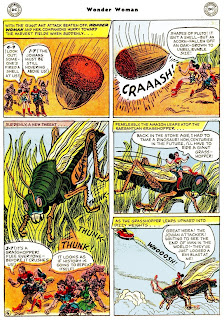 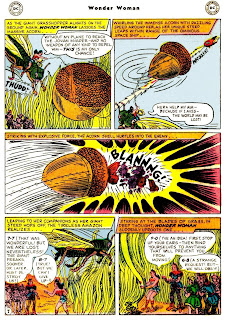 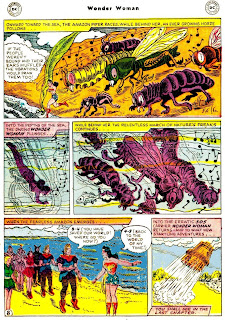 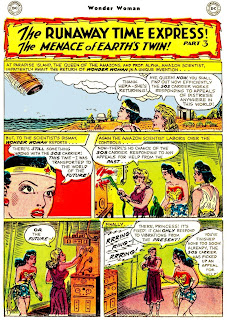 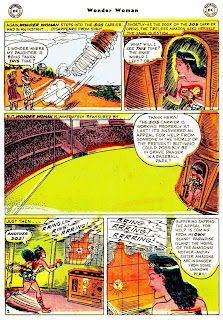 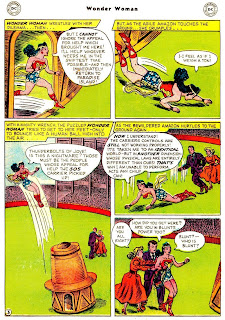 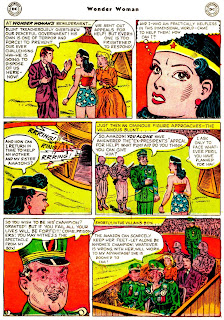 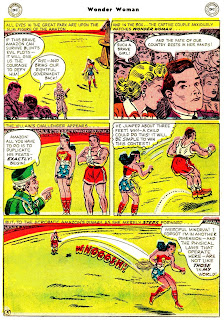 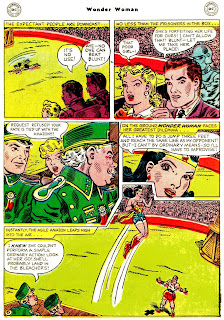 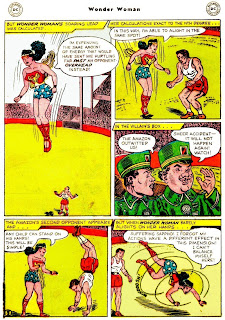 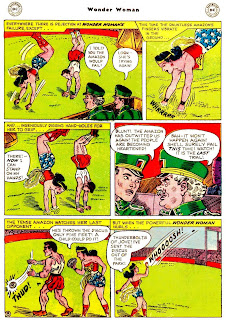 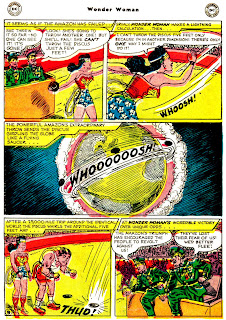 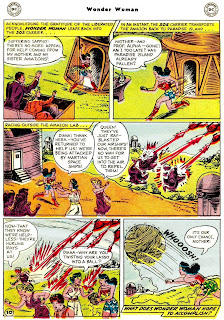 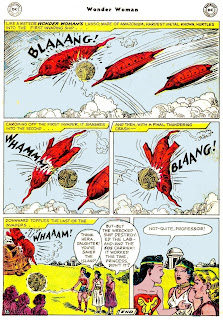 Wow-He almost made 100 issues of Wonder Woman! He had definitely lost a step by that time.

Delmo, my impression is that editor/writer Kanigher wanted Peter off the strip. It could be he was forced into retirement. As for having "lost a step," since he died with the year maybe he was ill. It would be interesting to hear from any family members of Peter's, if they are out there, and if they know anything about his long career as an artist.

In defense of the writers of this story, Wonder Woman DOES say that it's the "last" tyrannisaurous and that it "somehow" escaped the Ice Age. That's more than you usually get from pop culture depictions of cavemen and dinosaurs living together.

One odd thing about this story (I know, I know, the ONLY one?) The Amazon scientist keeps having to fix the machine so that it will no longer hear cries of help in past or future, and, presumably, the alternative present. But what exactly is so objectionable about helping people in the past, future, and alternative present? I dare say Wonder Woman seems up to the challenge.

Kirk, and it's not like DC's other heroes weren't traveling in time and alternate realities, also doing their thing.