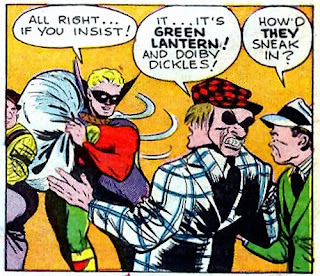 
Journeyman artist Paul Reinman's work is all over the history of comics, from 1940 until the mid-1970s. His work shows up at many comic book companies, including Atlas/Marvel, ACG, and Archie Comics. It was at Archie that he and writer Jerry Siegel created the "Mighty Heroes" superhero comics, featuring characters from that company's 1940's past as MLJ Comics, including Black Hood, the Web, Steel Sterling and others.

Reinman was doing superhero comics in the 1940s at DC, where he had a longtime association with Green Lantern. This story, from All-American Comics #69, was published in 1945 under the All-American logo, when founder M. C. Gaines broke off his association with DC Comics. DC bought him out and continued his popular features.

Comedy sidekicks were popular in that era, and for Green Lantern it was the English language-mangling New York cabbie, Doiby Dickles. 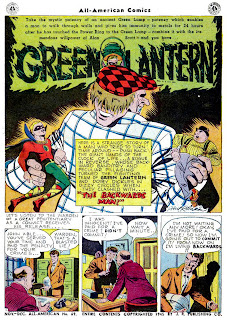 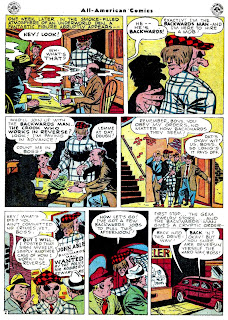 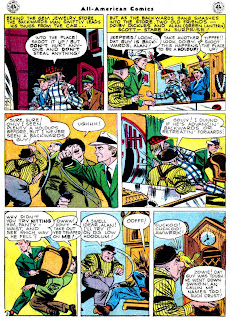 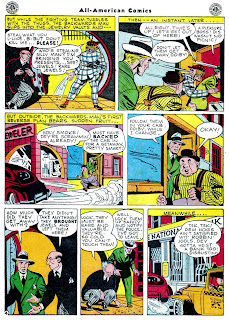 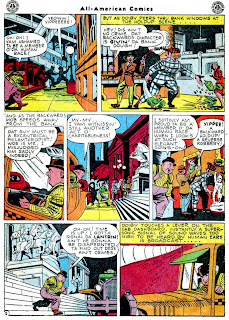 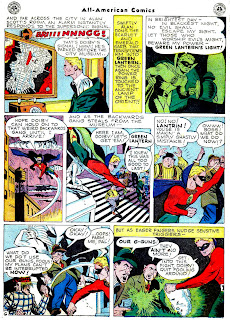 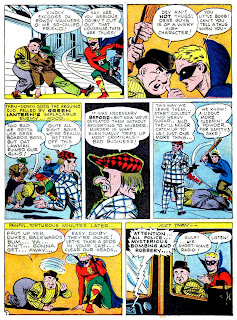 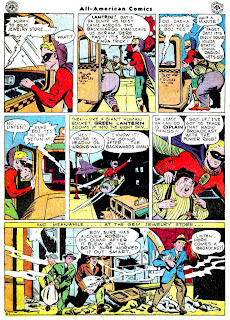 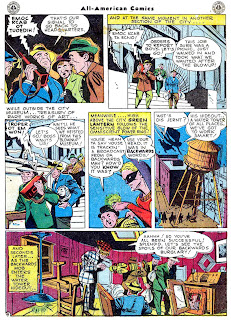 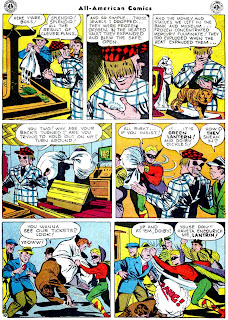 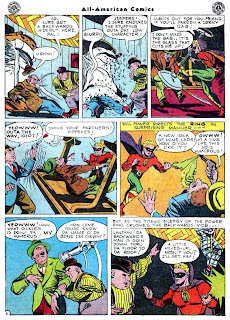 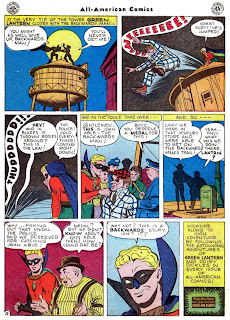 Enjoy the heck outta your web log; seldom comment, 'cause what could I add? Just to remind you there are a lot of people reading who may not leave a thank you every time they enjoy themselves here.

Ha Ha. And I thought the Fool was the silliest Alan Scott villain. Still, nice to see a story where the villain has an actual motivation.

Anyway, thanks. It's too bad that DC refuses to reprint these later Golden Age stories.

"100Aliases": I wonder why DC doesn't reprint these stories? I think the period after the war was a particularly interesting time for DC's superheroes like Flash and Green Lantern, etc., right up until they got canceled. I thought the art was good, stories were inventive, and I'd like it if they'd reprint more of them. Until then I'll try to spot a few in here and there...especially when I can think of something meaningful to say about them, the artist, writer or whatever.

M. Bouffant, thanks for checking in. I am aware most of my readers don't write, but I understand. That's just the way it is with people. I appreciate you taking the time and opportunity to say hello.