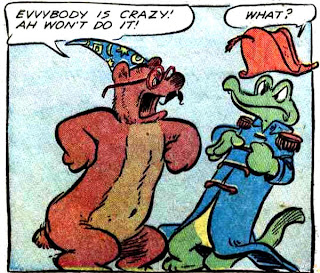 
East Lynne was a popular 1861 Victorian novel, made into a stage play which ran in various versions almost constantly during the 19th Century. It's been largely forgotten, because it is an old-fashioned melodrama, and because of implausibilities in the plot. They didn't bother Victorian audiences as much as they might bother us. A movie version of the play was made in 1931, but it was another 50 years before the BBC made a version. It has been 30 years since any version of East Lynne has been filmed. It's probably safe to say it has dropped from general public consciousness.

"East Lint" is a story starring Albert the Alligator, Pogo Possum and a stock company of animal characters from the Okefenokee Swamp, who populate artist Walt Kelly's wonderful theater of the absurd. It has very little, if anything, to do with East Lynne except for its punning title. That's a good thing. I'd much rather read Kelly than a Victorian melodrama. 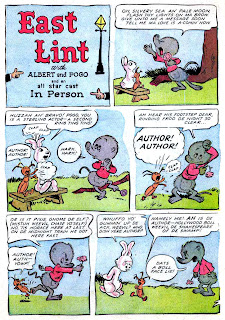 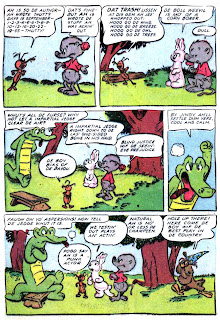 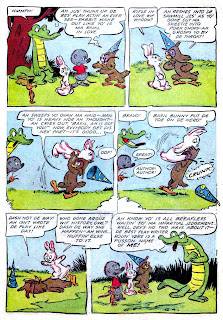 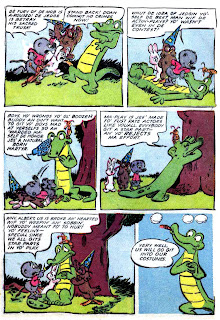 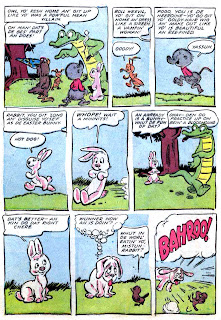 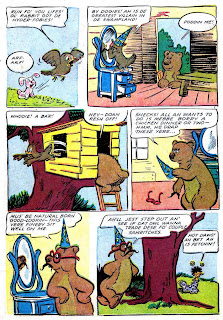 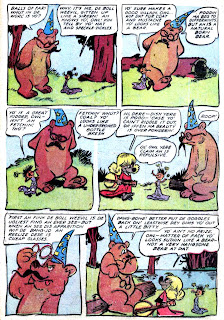 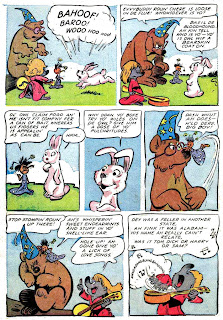 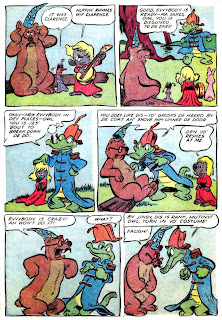 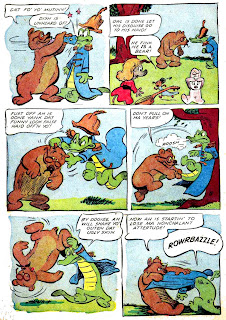 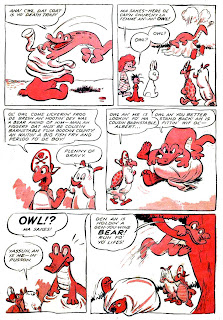 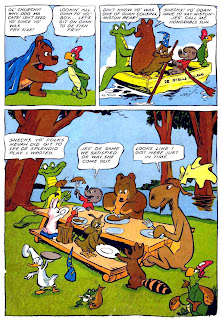 I have lately been going through the classic Little Lulu tales in Dark Horse's Giant Size Little Lulu books. These books, with their sharp black line stories, are an economical way to read Little Lulu without having to spend a fortune on the original comics. (If you collect comic books you can't go wrong with Little Lulu, but if you just want to read the stories these are an excellent way to do that.)

I couldn't help but notice that the classic "Five Little Babies" from LL #38 (1951), looks kinkier to me than it did in the reprints from The Smithsonian Book of Comic Book Comics or The Toon Treasury of Classic Children's Comics, both of which showed the story in color. Maybe the black line just made it look more stark to me, or less a kiddie story than fetish-style nudge-in-the-side type humor. 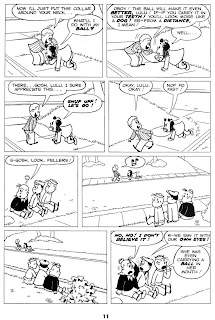 Giving John Stanley the benefit of the doubt, it's most likely what he thought was funny for the story's purposes, the kinkiness unintended. Maybe it's just my jaded brain, warped from years of exposure to fetishism, out in the open now, but underground in 1951.

Then I ran into the single panel from the story in "The Witch, Hazel, and the Sleepy Seamstress," from LL #50 (1952), which seems to show the well-known obscene gesture using the middle finger, which I used every day in junior high school. It has a thimble on it, but it is what it is. 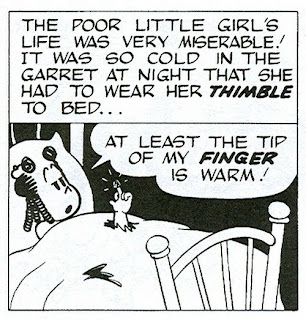 Perhaps Stanley was giving a very sly "up yours" to someone who had displeased him.

Any idea why the color scheme changed so radically on the second-to-last page?

Kirk, the second to last page of the story was the inside back cover; in that era Dell Comics used duotone (one color plus black) on those pages.

I remember being shocked to see Lulu in one story running around the beach topless! For about 6-7 pages as I recall. She wears a kid-bikini in so many beach stories that this genuinely surprised me. Completely, totally innocent, of course, and not the slightest mention of it in the story but still. Nowadays, with sensitivities at an all-time-high, it could be easily labeled by some as inappropriate.

Steve, the boys used to be shown occasionally with bare bums, too.