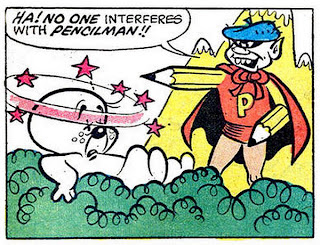 
What struck me about this 1960's Spooky story from Harvey's Casper and Nightmare #27 is that artist Howie Post is supposed to show Spooky as a bad artist. In "Pencilman" Post draws what are supposed to be bad drawings. They are charming, instead. Post was too good at what he did.

Howard Post began working in comics in the mid-'40s, and was very prolific over the next few decades. In comic books he drew mostly children's comics, although he worked in other genres, even for a time in animation. He created and drew Anthro for DC, and had a 13-year stint on a syndicated comic strip, The Dropouts. But I think most of his large body of comic book work appeared anonymously in Harvey Comics. Like the lead Harvey artist, Warren Kremer, Howie Post's distinctive style stands out. Harvey stopped publishing new comics in the 1980s. Post died at age 83, in 2010. 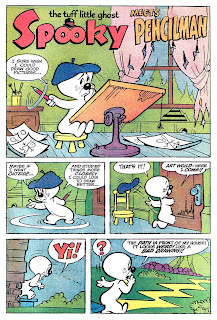 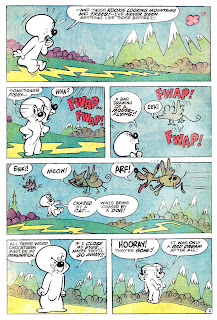 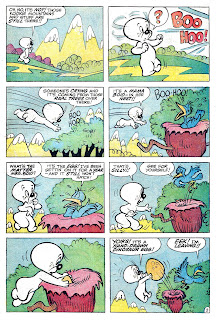 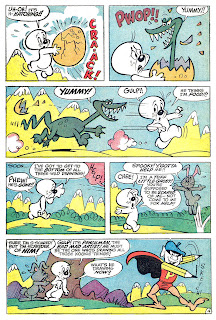 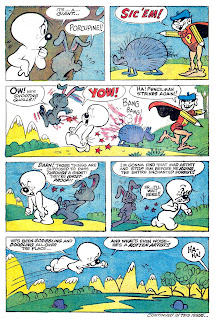 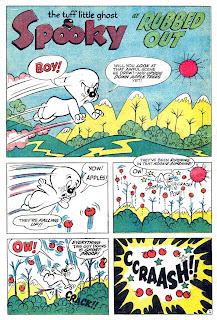 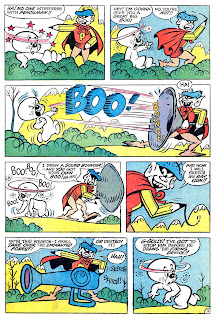 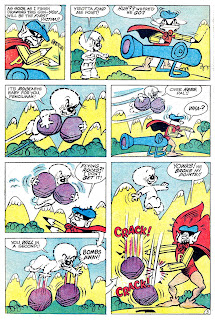 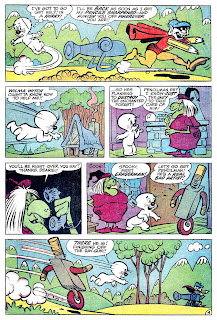 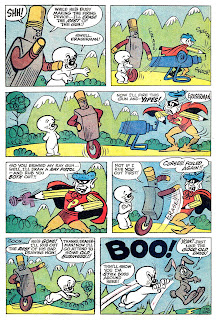 I found this original art posted on Heritage Auctions. It's from Spooky Spooktown #23, 1968. 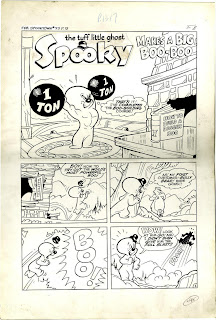 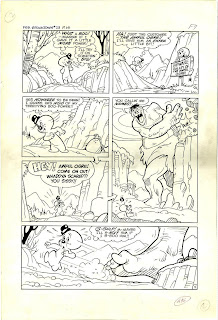 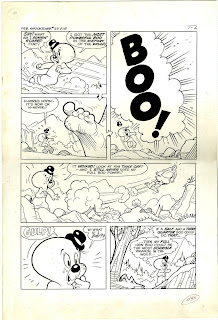 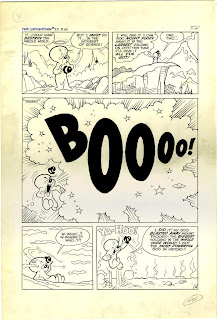 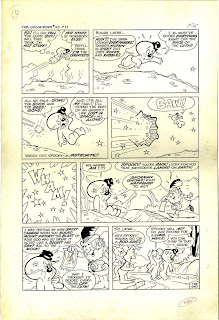 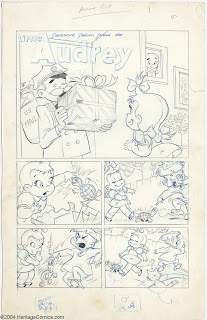 Pappy: My love for Post knows no bounds. I always get a thrill of joy whenever I see his work. I will always consider him somewhere in the top ten bigfoot cartoonists of all time. Maybe even in the top five. Thanks for posting this. Somehow, a character with pencils for arms in just about perfect Post.

Mykal, I was especially tickled to find the penciled Little Audrey page. If you look at the bottom you see thumbnails for a couple of the panels, which he changed between that stage and his finished pencils.

Beautiful work by a master cartoonist.

Looking at the last Audrey page again - master cartoonist, indeed. I had missed those little warm up thumbnails. Man, he could draw a ton, couldn't he?

Wouldn't be surprised if Harvey had Post draw some Wendy stories, since he created the similar Honey Halfwitch for Paramount cartoons.

migma : Post *did* do a Wendy story here and there (My favourite is "Beans"),..and all are equally impeccable.

I always loved Post for his "Jerry the Jinx" and "Bobbie the baby-sitter" one-pagers. There's a few where his signature is at the bottom of the last panel.