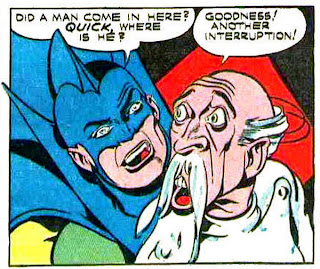 
Hangman in the future


If the Hangman was an answer on the TV quiz show, Jeopardy, the question would be, "Who was the slain Comet's brother?"

Hangman was Bob Dickering, who took over when his superhero brother John was killed, and like many a vigilante character before him (and after him, too; see Dexter) swore vengeance on murderers. When the Hangman caught his prey, the criminal had the shadow of a noose cast upon him and then met a fitting end to his murderous career.

In this particular science fiction offering of the popular MLJ feature, published in The Black Hood #10, Spring 1944, Hangman goes after the villain by being sent 100 years to the future. It's a future much more enlightened than the world of 1944, one in which the death penalty has been abolished, and you can tell that because the news is on a big billboard.

Bob Fuje (Fujitani), who drew this episode of "Hangman," was one of the best artists to come out of the Golden Age. His work changed over the years from this Will Eisner lookalike to a more illustrative style, and he stayed active until at least the mid-1980s. As far as I know Fujitani, who was born in 1920, is still living at age 91. 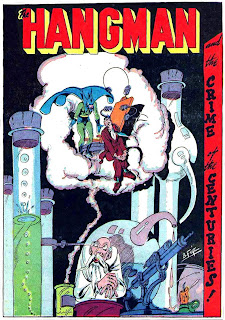 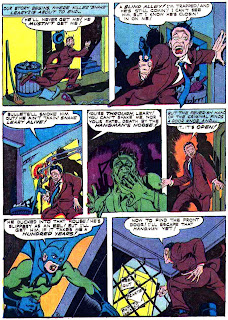 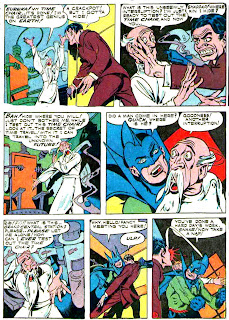 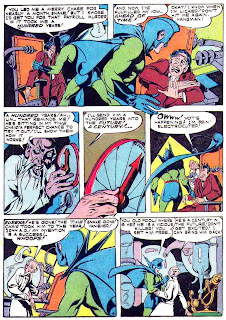 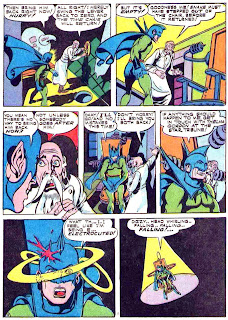 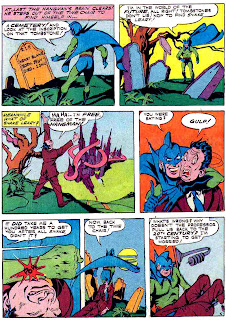 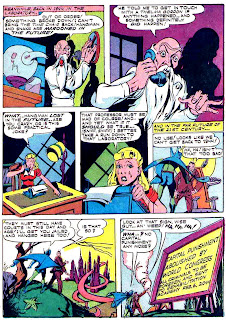 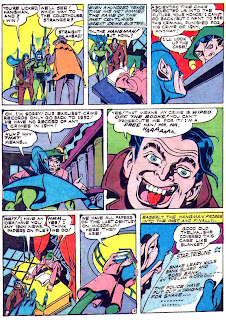 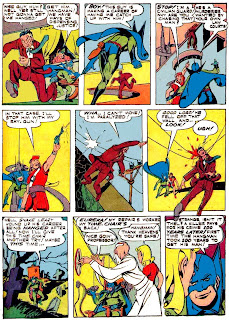 Hurm. Seems as if someone has a tongue fetish.

From what I've read about Hangman, I would expected a darker tone to the artwork. This stuff is almost Jack Cole-ish in the plasticity of the characters, especially their expressions.

Mike, I have shown other, earlier Hangman stories; just click on the tag on the bottom. Harry Lucey did a pretty dark character in his interpretation.

Great stuff, and yes, the waggling tongues add a special new level of grotesquery to the art.

Cartoony art can be just as effective at being scary as more realistic styles( Ingels, etc).

Couldn't have said it better myself, "100Aliases."