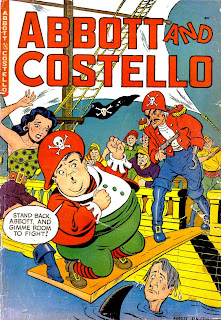 
Lily Renée, an artist I featured with a Planet Comics "Lost World" story in my last post of 2011, is back with yet another episode from Abbott and Costello Comics. (See also Pappy's #1015.)

Renée's husband at the time, Eric Peters, drew the caricatures of the comedians, and Renée drew the rest (especially the pretty girls, her specialty).

Years after their deaths (Lou Costello in 1959, William "Bud" Abbott in 1974) Abbott and Costello are still well known and some of their movies are considered classics. I know I consider Abbott and Costello Meet Frankenstein to be a classic. Pairing them up with the Universal Monsters was genius. I loved it when I was a kid, and love it now. 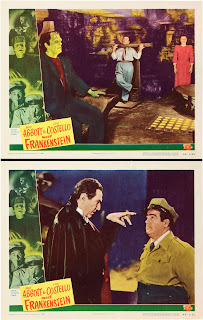 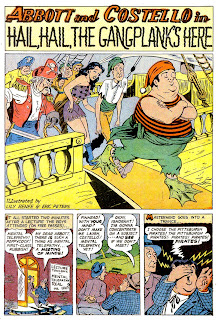 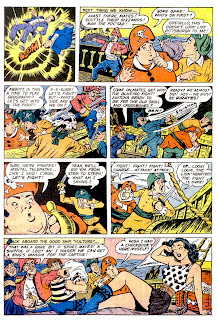 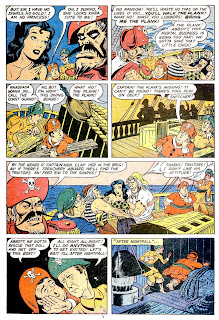 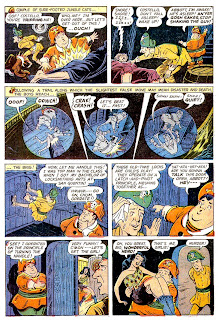 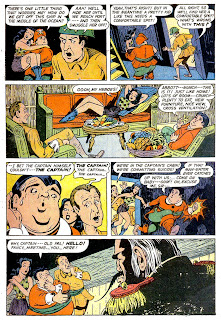 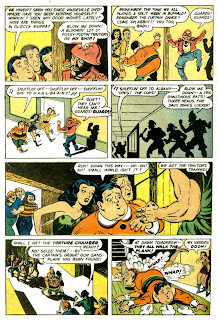 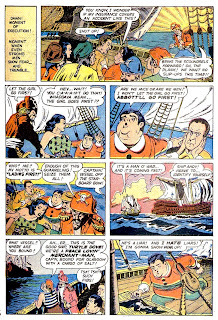 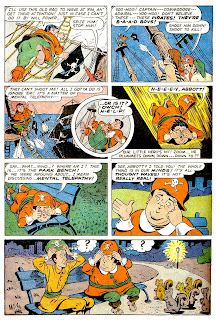