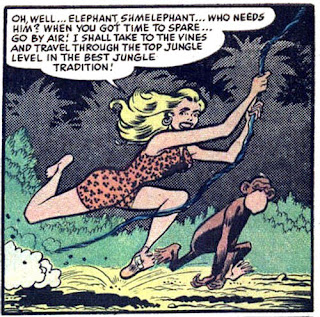 
Howard Nostrand is a comic artist who was sometimes mistaken for another, in this case Jack Davis. Nostrand had Davis's inking techniques down cold. In the early '60s, when James Warren made remaindered Harvey 3-D comics available through his Captain Company catalogs found in the backs of all his magazines, some comic fans were convinced Jack Davis was freelancing at Harvey. It wasn't until I read Bhob Stewart's interview with Nostrand in Bill Spicer's Graphic Story Magazine #16 in 1974 that I learned Nostrand's name. I also found out that Nostrand, when not drawing his own strips, was an assistant to Bob Powell.

Nostrand did some work for Harvey's Ripley's Believe It Or Not comic book. This story is from issue #1, 1954. Do you believe it...or not? It says in the last panel it can be verified by the "Liverpool Board of Trade," and hey, man, if that's not the iron-clad proof I don't know what is! 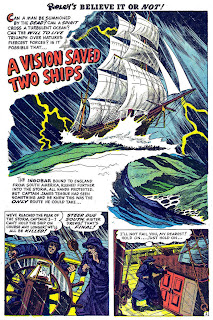 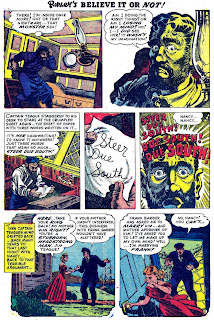 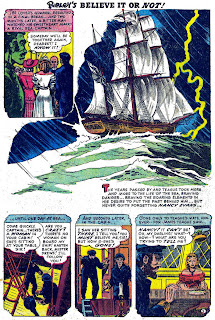 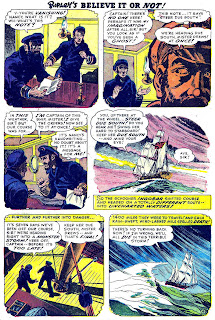 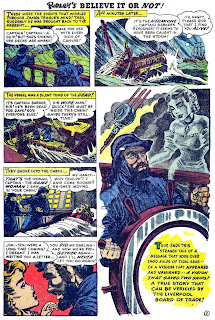 "Dead End"--here shown from scans of the original art sold by Heritage Auctions a few years ago--is from Witches Tales #21. It's a variation of an urban legend, which in its original form has a guy walking naked into a dark room expecting to find his amorous wife. It's a very entertaining and well-drawn version of the tall tale. If you can read the light blue notes to the colorist on page one you get some instructions from Nostrand, like the puddles are water and not blood. That would be an important distinction... 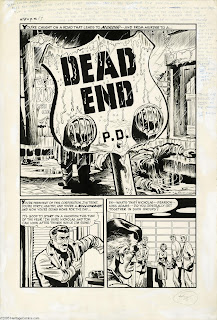 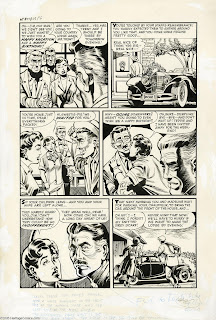 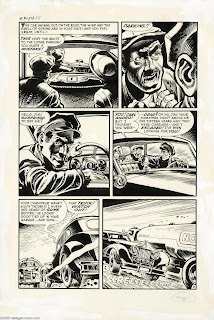 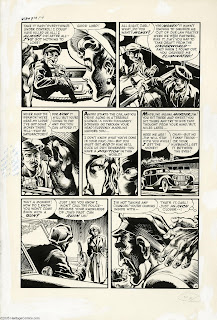 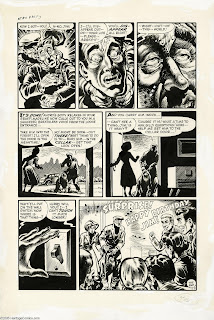 "Ivan's Woe" is a story I showed in the earliest days of Pappy's. I re-scanned it for this post. It's a knock-off of "Trial By Arms" by Wallace Wood from EC Comics' Two-Fisted Tales #34, using a mix of Davis' and Wallace Wood's styles. Wood kept this story in his files and showed it to people. Even though it used his story as its basis, each of the combat panels is drawn from a different angle. 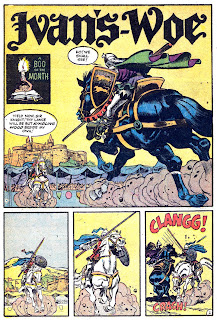 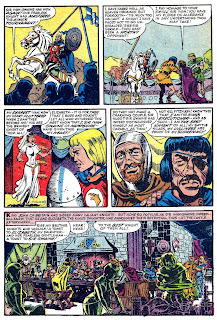 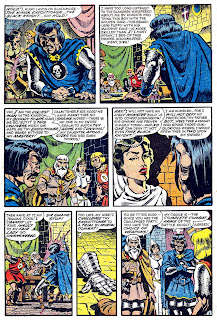 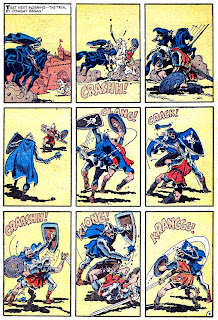 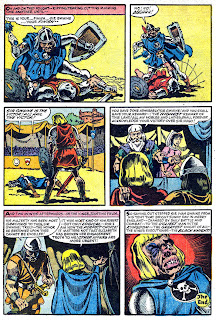 We had a Sheena story from Jumbo Comics a couple of days ago, and this is a pretty good satire.

The first Howard Nostrand art I remember seeing, even before the Harvey 3-D comics I bought from Warren, was "Shirl the Jungle Girl" from Harvey Hits #1, in 1957. "Shirl" was the back-up for a Phantom newspaper strip reprint. It looked something like the stories in the Mad paperbacks I was obsessed with at the time. I thought originally it may have been a reprint, but can't find any record of it before this appearance. I think now it may have been an inventory strip, perhaps prepared for an unpublished issue of Harvey's Mad imitation, Flip. 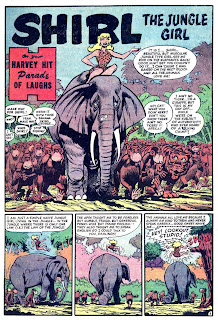 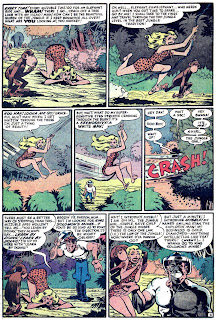 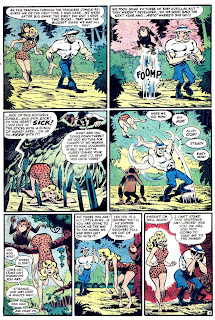 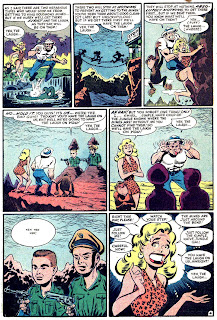 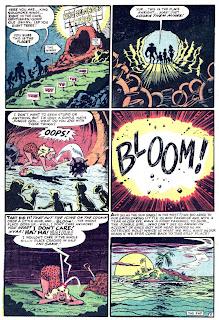 "Shirl the Jungle Girl" looks less like Davis than the other stories, showing Nostrand was achieving his own style. In the late 1950s he did the Bat Masterson newspaper strip, and before his death in 1984 he was working for Cracked Magazine. Touches of Davis would show up in his work. Targitt from the 1974 Atlas Comics comes to mind.
Posted by Pappy at 12:04 AM

Ger, long time no see. Thanks for your note.

There was another jungle girl spoof "Loona the Jungle Girl". The art work was great in the exact style of the original.
thebaron