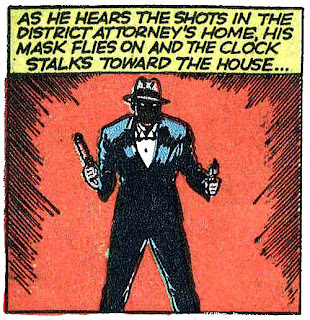 
Happy day after Christmas. I trust you had a nice one. I did. Today I'm being lazy, hanging around the house, my Christmas feast a pleasant memory, and the spirits imbibed now fading (the thumping in my brain is almost gone), my bloodshot eye looks to the wall behind my monitor. There is my vintage 1960 GE wall clock, and like me, still ticking. Let's hope for one more year of taking it one second at a time.

It reminds me of the stories I'm presenting on this Monday morning: the Clock by George E. Brenner. The Clock, as told in this article in Don Markstein's Toonopedia, is one of the oldest comic book heroes. He appeared in comics in 1936, before there was a real comic book industry. Here he is, early in his career, cover-featured on Detective Picture Stories #5, from 1937. 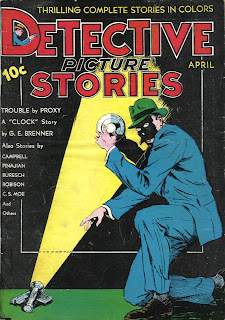 The two stories I'm showing today are two of the Clock's appearances in Crack Comics. They share some things in common: Brenner's static page layouts (common in comic books at the time), and despite being only nine issues apart, they use similar villains, gang leaders wearing hoods (common in pulp fiction, movie serials and at Ku Klux Klan rallies), and corrupt politicians (too common, even today). 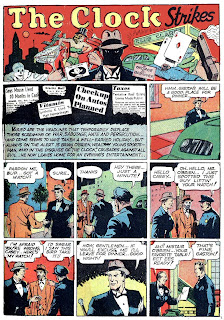 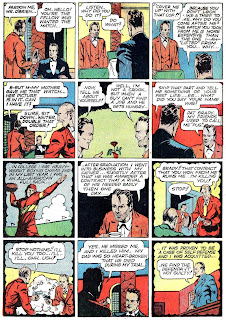 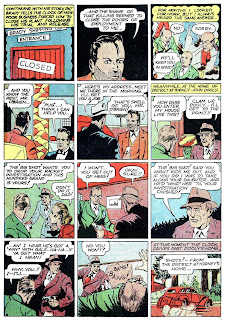 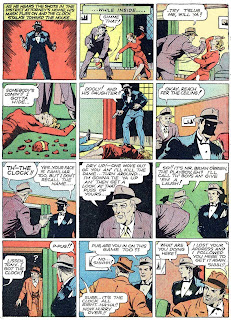 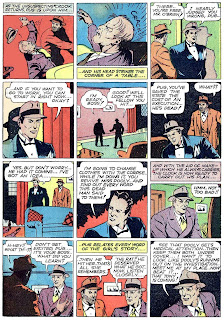 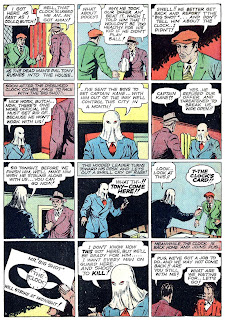 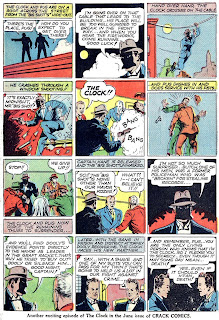 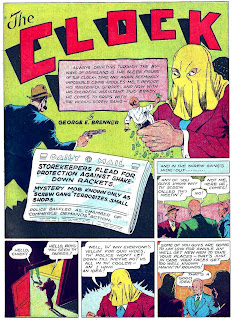 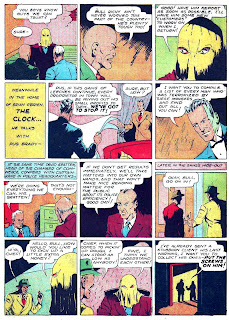 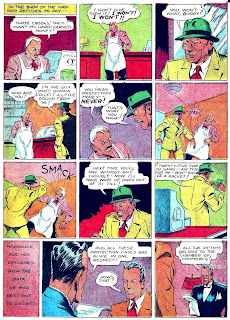 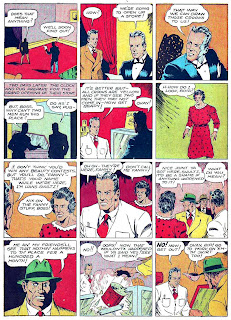 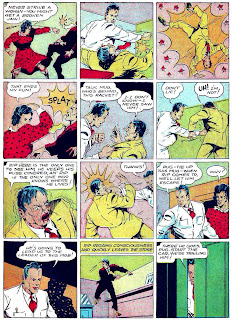 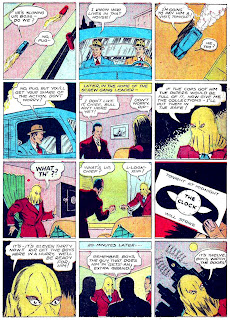 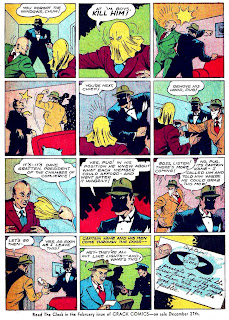 TNX much for reproducing these!

In my mind, the Clock is epitomal of the late platinum age and of the early golden age of comic books, and I'm always glad to see more examples, especially as I have a project that involves attempting to recreate some of the look-and-feel of that era.

Daniel, I'm interested in seeing that project of yours when you're finished.

If you like the Clock, check out my revival of the classic character in a new adventure set back in the golden age. You can get copies at: http://kultcreations.blogspot.com