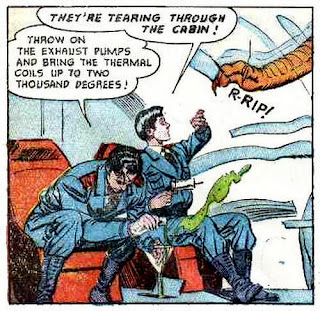 
Captain Video and the Ring of Orgon


Captain Video, the comic, came from Captain Video, the television series. The show was broadcast in the early days of TV by the DuMont Network, which was a hand-to-mouth organization, broadcasting mainly in the Eastern United States. We didn't see their programs in the West, where I was raised. My only connection to Captain Video was the classic "Captain TVideo" parody by Harvey Kurtzman and Jack Davis in Mad #15. 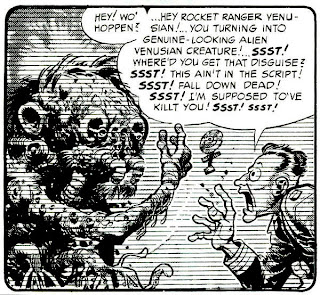 The DuMont Network lasted until the mid-'50s, and most of the archives that remained, kinescopes made of their programs including Captain Video, were destroyed in the 1970s. Captain Video was real low budget. The Mad story spoofs that. In a comic book there is no budget for special effects, just what the artist can design. The assignment went to comic book journeyman George Evans, a very fine illustrator, who later made his mark for EC Comics. The story is from Captain Video #4, 1951.

As well drawn as it is, the printing left a lot to be desired. I cleaned up the scans as best I could, but I have worse than a low-budget operation, I have a no-budget operation. 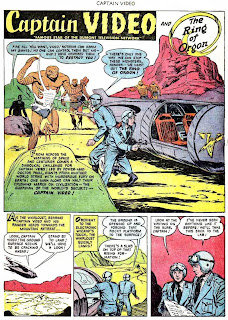 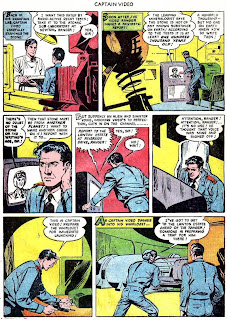 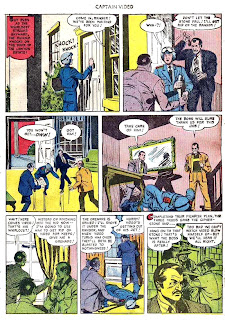 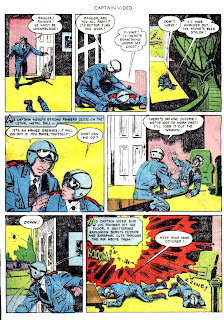 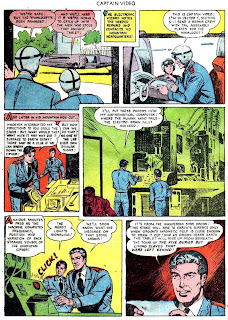 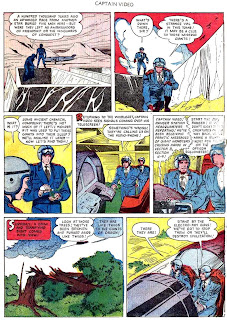 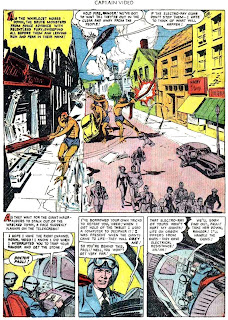 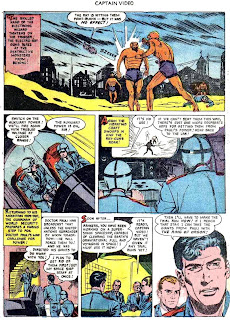 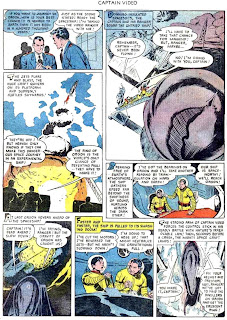 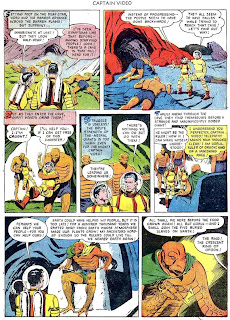 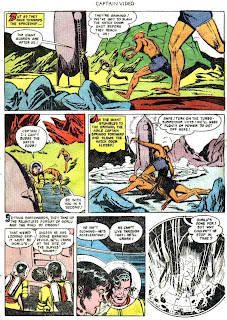 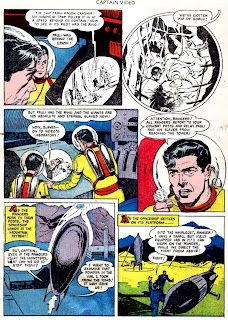 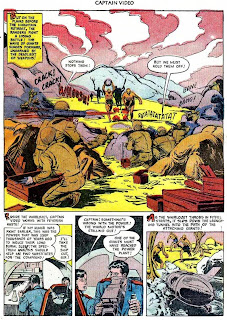 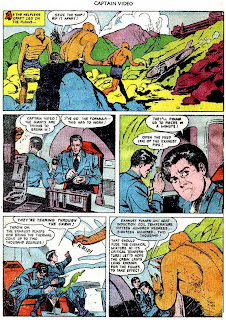 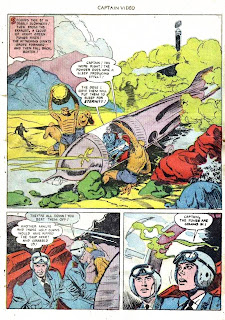 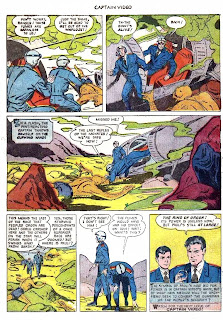 Not out west? I remember seeing Captain Video and His Video Rangers on KTSL Chanel 2 in Los Angeles as well as Space Patrol.

If the voice of Captain Video is mocked to perfection by one that is alien and sinister….

Don, if it showed where I lived in the Pacific Northwest I wasn't aware of it. I only remember Rocky Jones and Tom Corbett.

How did I miss this post? Fun stuff, even if the Captain was before my time.