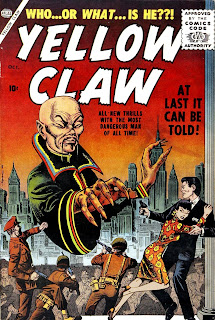 
The Yellow Claw* is part of an outdated genre of fiction, popular for decades, about sinister Asians. I'm not sure why it flourished, except that cultural differences between Americans and Asians were probably seen as fair game by fiction writers. By 1956, the time of The Yellow Claw comic book, China was communist, and we'd had a war with them. This comic reflects that. Unusual for its era is that Chinese-American Jimmy Woo is the FBI special agent hero of The Yellow Claw.

Apologies to any readers offended by racial insensitivity. The Yellow Claw has historic value as a comic book: it was drawn by the great Joe Maneely, and it was written by Al Feldstein, who edited and wrote much of the infamous EC Comics line of the early '50s.

Beyond this one comic book I don't know how much work Feldstein did for other publishers after EC went to one title, Mad, and before publisher Bill Gaines re-hired him to replace the departing Harvey Kurtzman.

The Yellow Claw lasted for four issues. This was the only issue drawn by Maneely. It was turned over to Jack Kirby, who made it into a Jack Kirby comic featuring inventive Jack Kirby concepts. 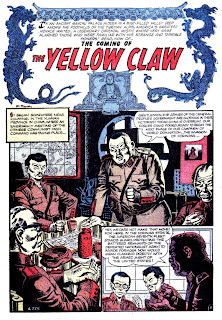 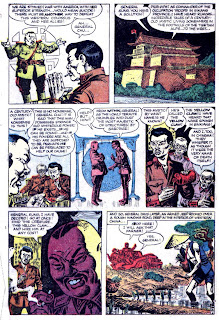 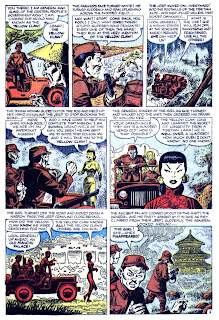 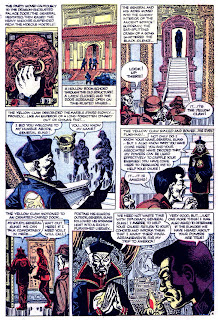 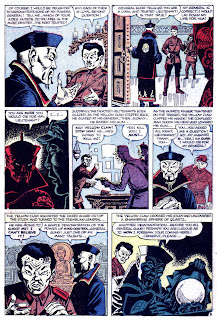 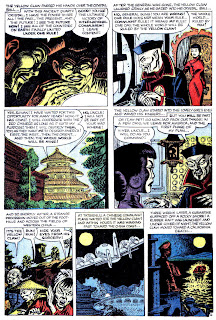 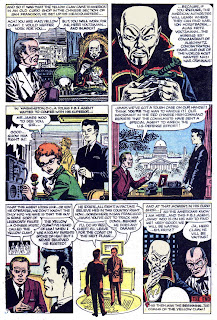 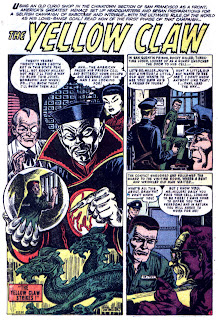 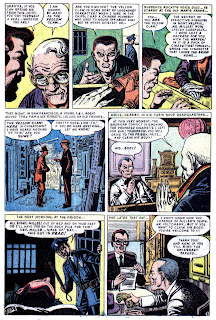 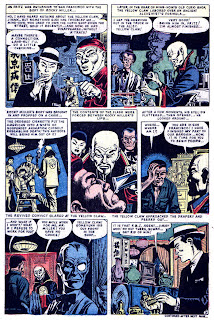 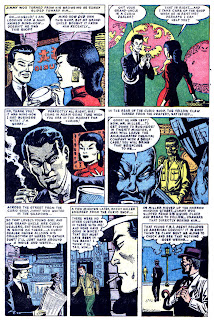 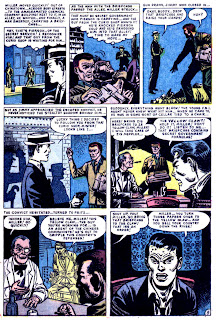 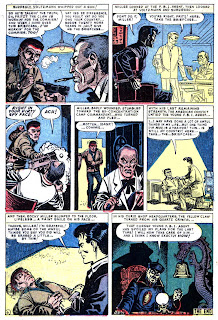 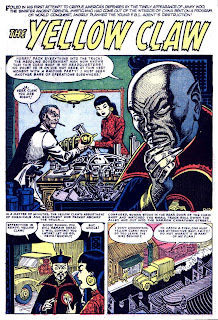 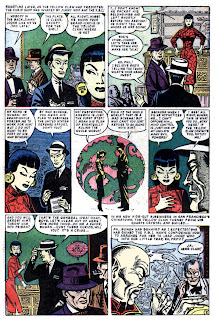 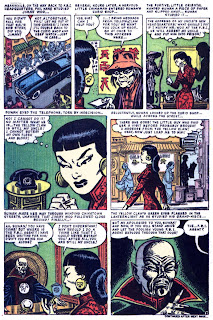 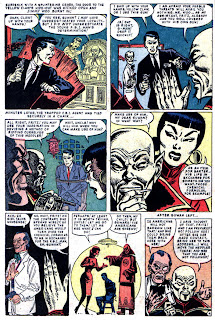 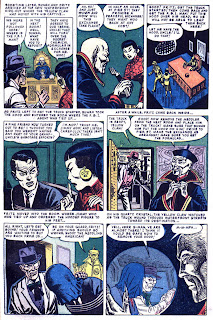 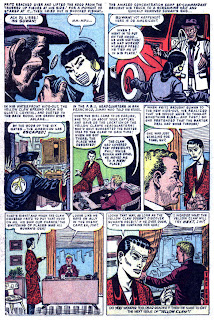 *Not to be confused with the Lev Gleason Daredevil Comics character, the Claw, featured in Pappy's #963.
Posted by Pappy at 12:11 AM

And the character was, of course, revived by Jim Steranko for a few legendary issues of Nick Fury, Agent of SHIELD in the 60's.

It's a shame the colorist chose "Asian yellow" for the Asian characters. I think that's the main thing that makes this seem racist to modern readers. Otherwise, it's quite admirable in having an Asian-American hero. Do any comics today star Asians? The last I remember was Shang Chi.

Will, I can't remember any Asian heroes besides Shang Chi, but that doesn't mean there aren't any. I just haven't seen them.

The racism and the stereotype of the sinister Fu Manchu-style villains goes back a century or more. But then, all minorities were fair game for pulp writers.

Marvel used that yellow skin color for the first issue of The Yellow Claw, then dropped it in subsequent issues.

Pappy, after I left that, I remembered hearing that after I quit reading DC, they made the Atom an Asian-American.

Agreed on the Fu Manchu stereotype being ancient, but what's fascinating about the Yellow Claw comic is his opponent is Asian-American. In the Fu Manchu books (and, I assume in the other imitations), the good guy was always white.

I did notice that they didn't use the weird color for the cover. I'm looking forward to the later installments. Thanks for running it!

If I recall, Shang-Chi was supposed to be Fu Manchu's son.

Nice to hear from Will Shetterly... I was thinking about Capt. Confederacy when I heard about the faux-documentary "CSA."

Shang Chi was a smart updating of Fu Manchu.