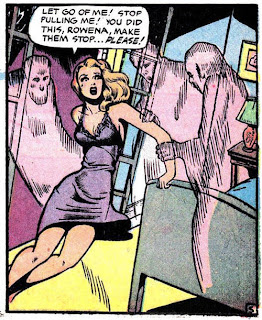 
There's no writing like comic book writing. The title of this post comes from a panel in "Flee the Mad Furies" (a title that is itself pretty supercharged). You don't see the word "fiends" all that often except in comic books.

These are two stories from Ghost Comics #4, Fall 1952, both reprints, but I don't know from what issues of what comics they are reprinted. Drew Murdoch is the main character of "Ghost Gallery," usually found in Jumbo Comics. "Flee the Mad Furies" is drawn, according to the Grand Comics Database, by the Iger Shop. There is a lot of Matt Baker in there, although I wouldn't guarantee it's all Baker. The other story, "No world for me!" is drawn by Jack Kamen. 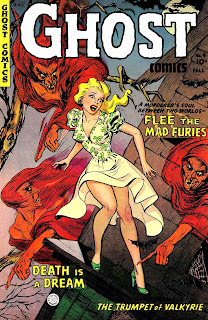 The cover, which was reproduced large size in the 2010 Fantagraphics book, Four Color Fear, is drawn by the very talented Maurice Whitman. 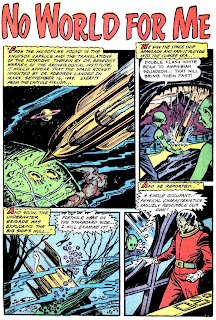 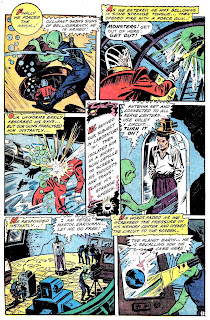 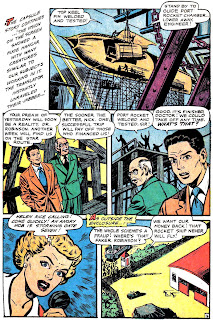 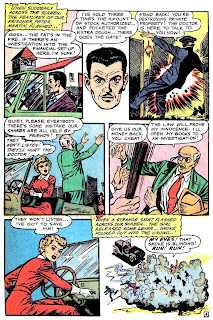 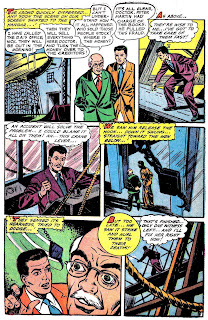 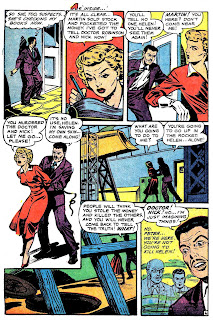 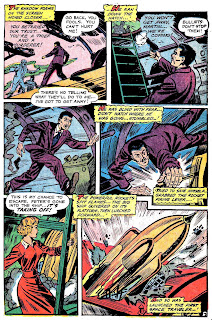 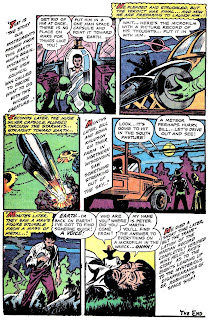 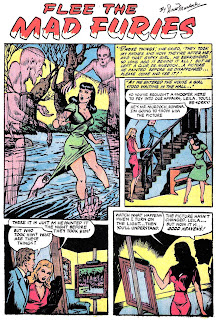 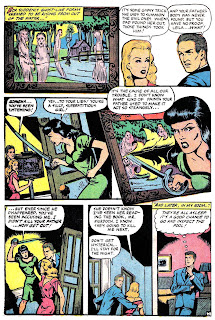 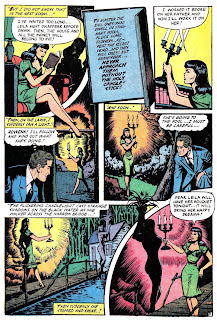 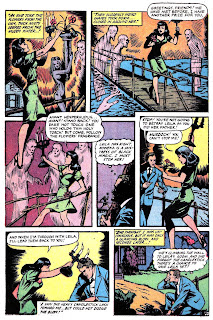 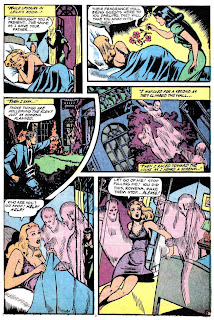 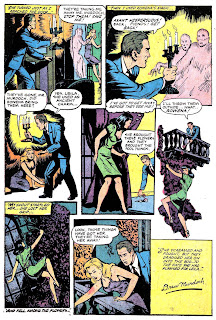 I never thought about it before, but you don't!

Kirk, other words I usually don't encounter in places other than comic books are "blast," "blasted" (for damn or damned) and "hades" for hell.

There are also the ubiquitous symbols (!@##!!) to stand in for swearing. The word "cripes" of course means Christ, and the variation that made me laugh when Luke Cage, Hero for Hire used it is "Christmas!"

Are there any more anyone can think of?

Thanks for these scans Pappy.

"Flee the Mad Furies" is quite a surprise. I'm not used to seeing Baker try horror. I think the pencils are definitely Baker for the whole story, but the inker is someone else (who stinks). Plus it appears the printing plates have degenerated and all the black lines are becoming ink blobs.