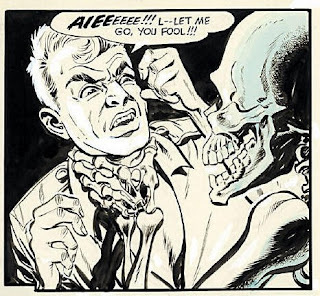 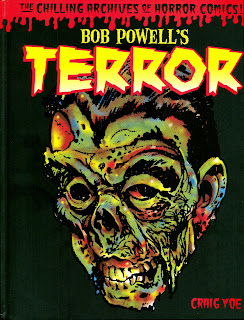 TERROR is full of Powell classics. With the aid of his crew of assistants (explained and identified in an informative biography of Powell, born Stanley Robert Pawlowski in 1916), Powell turned out a tremendous amount of comic book work in the 1940s and 1950s. He worked in all genres, but his special love seemed to be horror, where he lavished considerable skill in making his stories into the highlight of any comic in which they appeared. Craig has chosen well, but then, he had a lot to choose from. Fawcett and Harvey published most of his work during the horror comics boom of the early 1950s, and so a lot of Powell stories are available.

Craig has reproduced two of Powell's best from the original art: "The Rat-Man" is a classic from Tomb Of Terror #5 in 1952, with its bizarre and creepy premise: "It...it is Bennie! He's turned into a real rat!" The other original is "Pit Of the Damned!" from Chamber of Chills #7, also 1952. Powell pulled out the stops with stories with the devil, or those showing hell. Was Powell religious, or raised in the church? I don't know, and Yoe doesn't say, but there is something of a religious fervor to panels of souls writhing in eternal damnation.

The book is uniform in size to the other books of Craig's, and you can see his catalog with his other titles at Yoe Books. Yoe's books are available from the publisher or the usual booksellers. Production on the volume is up to Yoe's standards, made to exacting specifications, quality paper and binding. You buy one of Craig's books, you know if you keep it in the family your great-grandkids will be reading it long after you're gone. I'm giving Bob Powell's TERROR my highest recommendation whether you're buying it for yourself or the Golden Age comic book fan in the family. It's priced affordably at $24.95.

Long time Pappy's Golden Age readers know that Powell is one of my favorite Golden Age artists, and I've had 37 prior posts with his work. The story I'm showing today is not in Craig's book. "Shrunken Skull" appeared in Harvey Comics' Chamber of Chills #5, but is just about the only one of my favorite Powell horror stories that Craig didn't show. Heritage Auctions sold the original art for "Shrunken Skull" in 2004, but only showed five of the eight pages, so I have included pages from the comic. 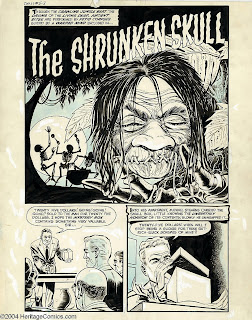 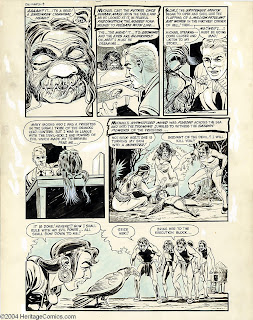 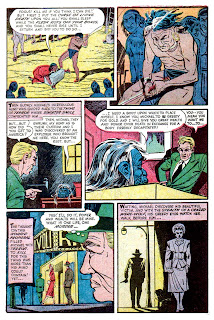 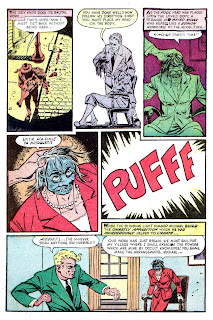 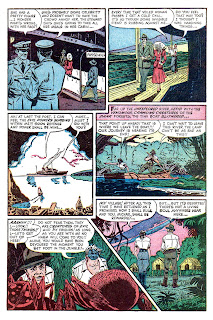 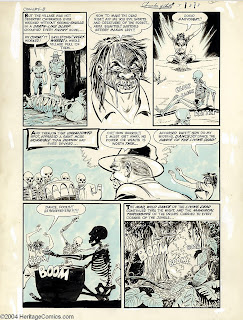 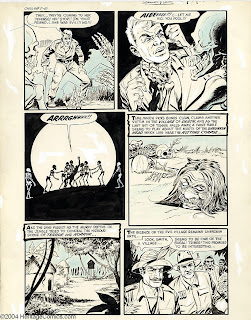 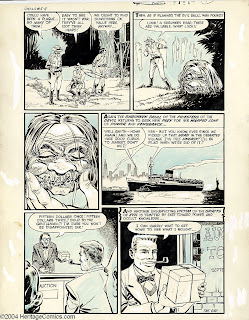 The descriptives in this one are priceless. "Like a crazed werewolf." I shared the link to this episode on the Facebook page "Hell's Pass 666-Plex."

Lily, thanks for the plug. I always appreciate it when people help me spread the word.

Pappy: I couldn't agree more. I already have my copy, and it's stunning. Powell's work has never been presented so well or so extensively. Great post!