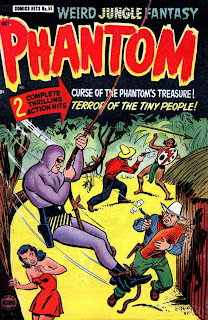 
I've been a Phantom fan my whole life, as have a lot of other people. The character first showed up in newspaper comics in 1936. Created by Lee Falk, drawn by Ray Moore, The Phantom was a worldwide hit.

But, lots of things about the Phantom bother me: a line of fathers and sons for all those generations (400 years worth) that are capable of being the Phantom; running around the jungle wearing a tight, hooded costume in the heat and humidity; superstitious "natives" who think he is a ghost walking. I enjoy the Phantom for the Golden Age fun, and try not to think too much about it. 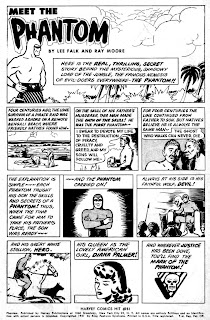 Falk was a good plotter and could keep the action going. Ray Moore captured the Phantom's environment, and had that mid-'30s art style that is still enjoyable. I think of the Phantom as being the Lone Ranger of the jungle. They're two-fisted and quick-witted, noble to the point of being unbelievable.

"Curse of The Phantom's Treasure" is from the first Harvey Comics Phantom reprint, Harvey Comics Hits #51, 1951. The cover is by Al Avison. 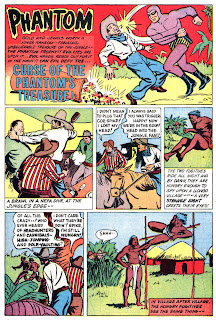 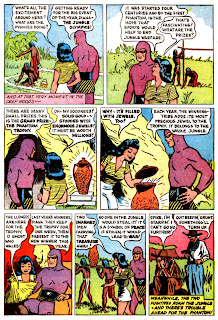 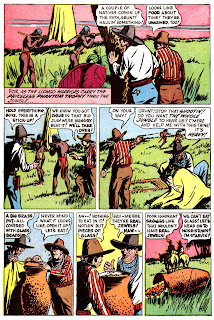 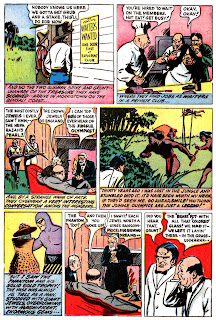 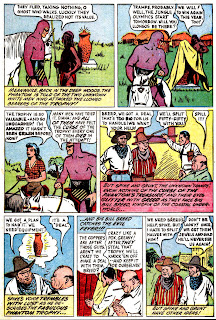 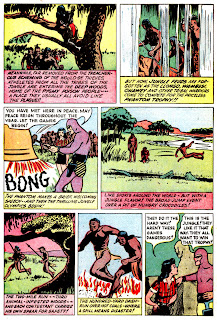 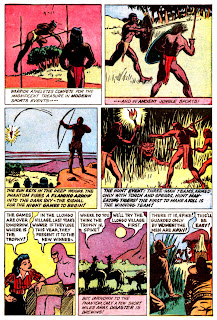 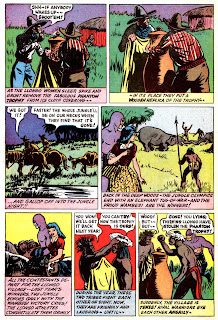 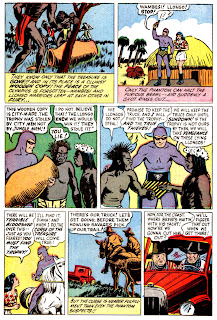 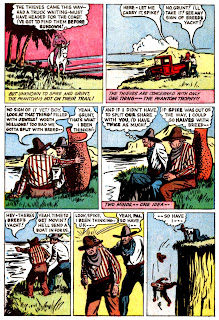 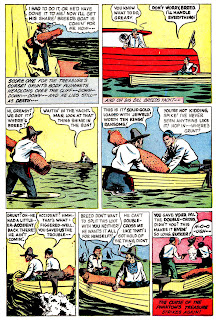 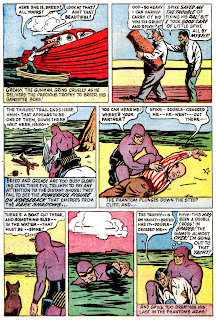 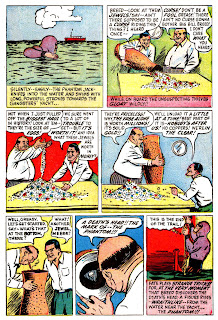 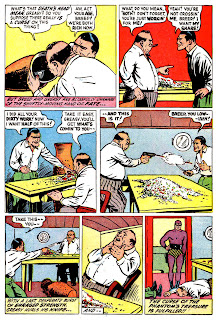 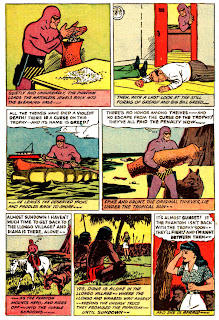 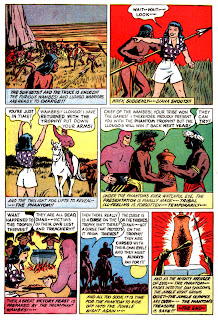