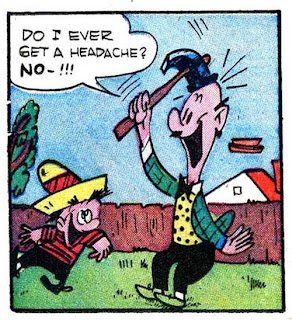 
There are a couple of excellent books on cartoonist Milt Gross currently available: Is Diss a System?, edited by Ari Kelman, is part of the Goldstein-Goren Series in American Jewish History. Closer to the Golden Age comic books theme of this blog is The Complete Milt Gross Comic Books and Life Story, edited by Craig Yoe, containing all of Gross's work done for comic books in the late 1940s.

Gross's work is in a grand tradition of screwball comics. Gross aimed for silliness. My introduction to Gross was in the 1960s, when his wordless 1930 comic melodrama, He Done Her Wrong was reprinted in paperback.

These two stories, which also appear in Yoe's book, are both from ACG comics. If you like these, you'll want to further investigate Milt Gross and his incredible body of work, spanning several decades of the first half of the Twentieth Century. 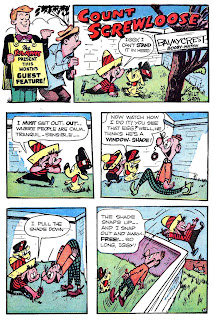 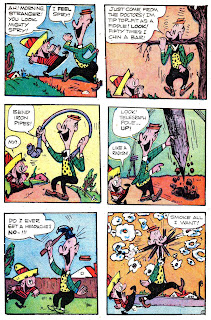 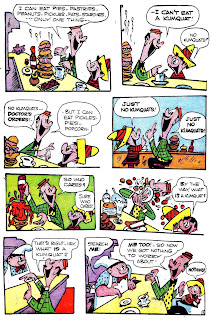 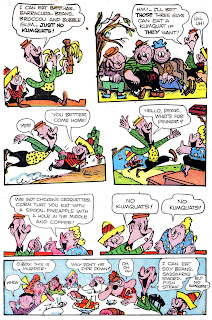 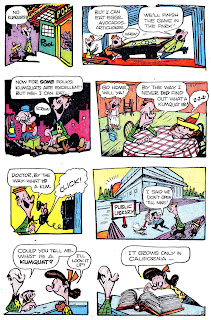 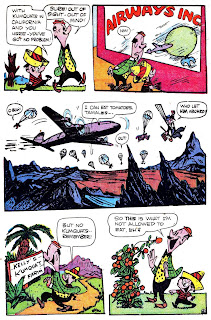 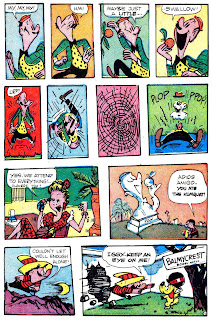 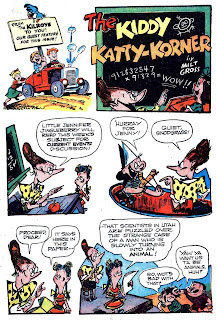 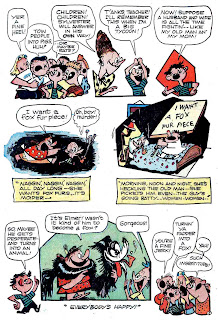 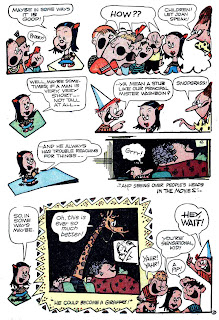 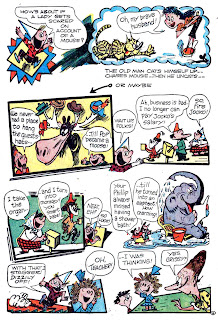 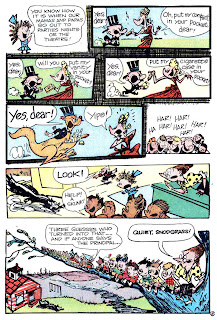 I love an artist that you can identify instantly. Unique style is a rare thing in art, and Gross had it in spades. Great post.

Mykal, not to mention Gross's oddball but funny sense of humor: "What's a kumquat?"