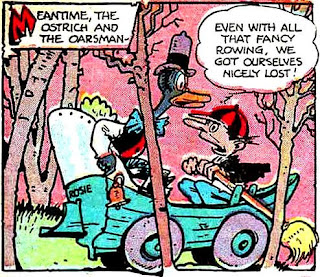 
I love nonsense or I probably wouldn't be a comic book fan, where about 90% of everything is nonsense in one way or another. But George Carlson took nonsense to another level when he worked for Famous Funnies, doing pages for Jingle Jangle Comics.

No less a literary luminary than Harlan Ellison was the one who brought George Carlson to the attention of fans, with his essay in All In Color For A Dime. I posted another couple of stories by Carlson in Pappy's #740, where I explain more.

"Jingle Jangle Tales" and "The Pie-Face Prince of Pretzleburg" were Carlson's regular features, but he also did puzzle pages, as with the scrap paper page featuring the Pixies. There were other well-drawn strips in Jingle Jangle Comics, but you rarely see them, because no one can get past Carlson's wondrous, wacky work. These are from Jingle Jangle Comics #15, 1945.

Mykal Banta, in his Big Blog of Kids' Comics, has a couple of great Carlson Christmas stories here and here. 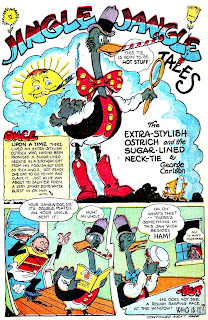 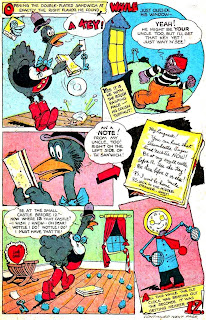 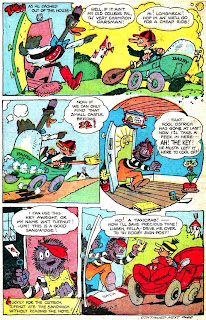 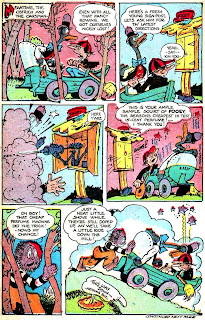 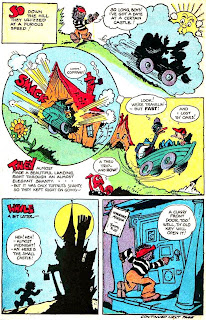 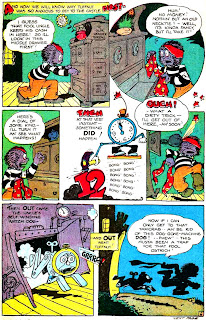 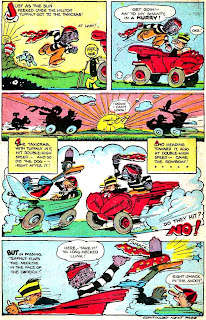 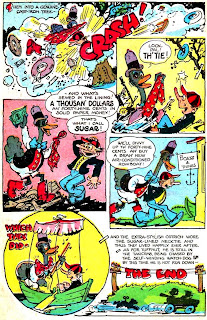 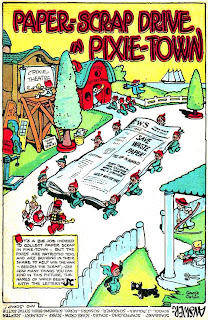 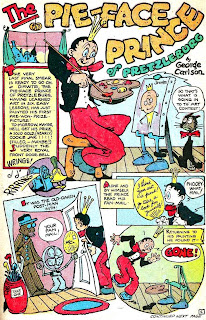 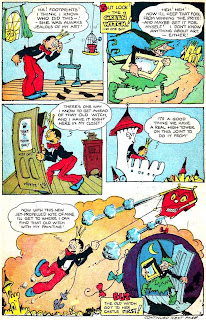 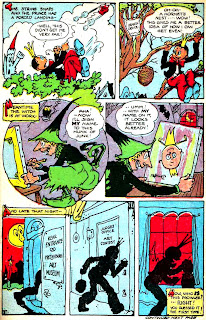 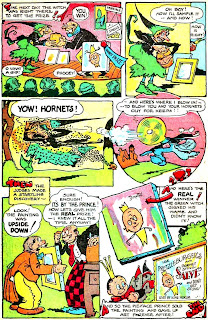 I'm really digging all these humor comics from the golden and atomic ages of comics...so different from the late silver age-bronze age humor comics I grew up with.

These are actually FUNNY!

Jeffy, as the comedian asked, funny ha-ha or funny strange?

Eh...a pinch of this and a dash of that! Makes for something tasty.

The great thing about the internet is that Carlson's stuff used to be quite hard to find, and now we've got blogs where the few but fervent fans can share his work with the next generation.

Thanks, Pap. I didn't even know about the Xmas strips. So beautiful

Sandor, I give Harlan Ellison a lot of credit for bringing Carlson's work to the attention of comic book fans in the book, All In Color For A Dime,in 1970. In those days we knew all of the "popular" artists, of course, but gifted cartoonists like Dick Briefer, Boody Rogers, and George Carlson were just not as appreciated as they are now. I think it's great that Carlson's work is now available, but also ask that you check used bookstores for his book illustrations.

Pappy: Such great stuff. So few artists in any field manage to be both timeless and ahead of their times at the same time. Carlson is one of those artists. Each page is a piece of art suitable for hanging! I don't think anyone was better at page layout than Carlson ever.

I think his artwork looks like he approached it not a job but as having fun.