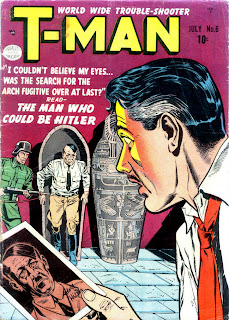 
The death(s) of Hitler


I've posted several stories this year featuring Hitler as a character. Many stories I post were published during World War II, with Hitler being the object of venomous hatred. Even years after the war it wasn't clear what had happened to Hitler. History tells us he killed himself and his body was burned. But it became the subject of fiction: what really happened to Hitler? Did he escape to set up another Nazi threat?

This story from Quality Comics' T-Man #6, 1952, gives us yet another version of that fantasy. Pete Drake, the T-Man himself, even gets to kill the man who is Hitler. All in a day's work for a dedicated agent of the United States government. 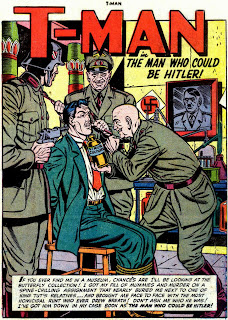 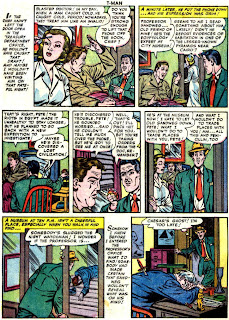 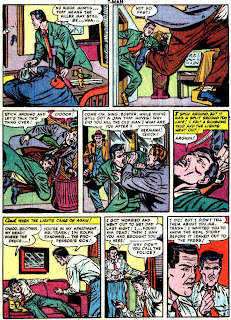 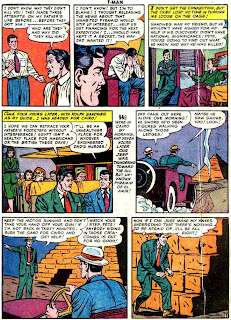 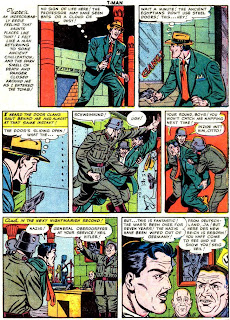 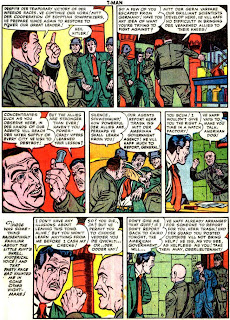 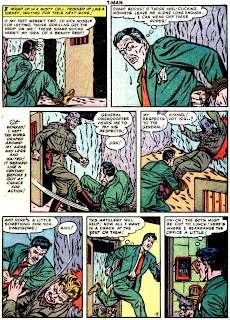 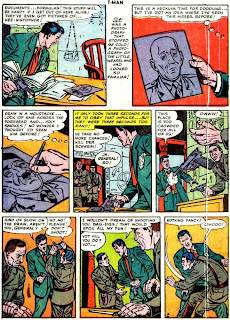 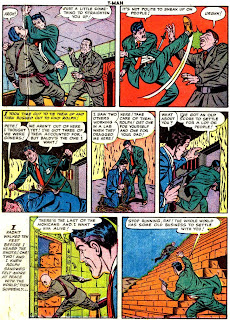 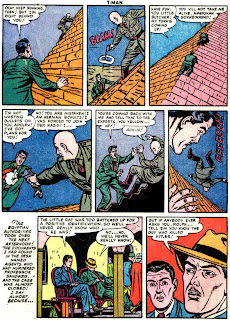 **********
The revenge fantasy persists, even with as unlikely a scenario as Hitler machine-gunned by a member of an elite Jewish-American military team. The screen captures are from Inglourious Basterds. 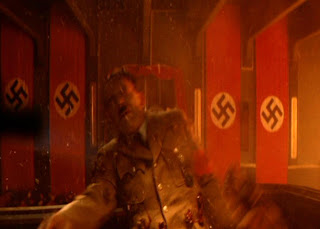 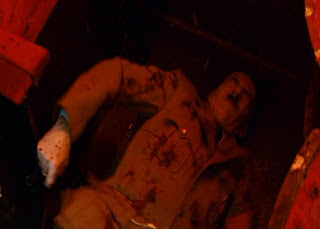 In real life Hitler wanted to avoid being captured alive, and he didn't want his body paraded by his conquerors. Photographs of the corpse of his ally, Mussolini, circulated. Those pictures showing Il Duce with his mistress, their bodies strung upside down by their own people, was a good incentive for Hitler to deny his enemies that satisfaction. But we manufacture satisfaction. That's what fiction is for.

For the most part, that was a pretty well written story. But having Hitler (or, at least, a probable candidate for Hitler) die in a fall isn't a particularly satisfying outcome.

As I'm sure that you'll recall, serious theories of Hitler's escaping to South America or elsewhere were fairly common into the '70s. But, at some point, it became implausible that Hitler, even had he escaped, might still be alive; with Hitler no longer either a menace nor an apprehendable villain, the theories lost their advocates.

Daniel, do you--or anyone else reading this--remember a short story from the '50s, where a driver picks up an aged Hitler and Eva Braun hitchhiking on a rural American road?

As for conspiracy theories, shake any tree and a conspiracy theorist will fall out. My wife went to her massage therapist the other day,and we heard a new one: the therapist told her that the scanners at airports especially pick out "beautiful blondes" to show naked and then they keep the pictures. Sounds funny to me, but there's sure to be a cult of theorists who believe there's a cache of pictures of naked beautiful blondes in the TSA computer database.

By the way, is TSA hiring? I'm not doing anything right now.

Pappy, wanting to know what T-Man stood for, (i.e., the 'T' of his name as opposed to his ideology), I came across this:

Though the full scan isn't give, we're informed by a commenter 'T-man' actually turns out to be a disguised Soviet operative trying to poison Iranian relations with the West.

Hitler escape theories were taken seriously by Hollywood and paperback publishers, much like Von Daniken's foolish ideas, but by nobody else. Still, they made for some some fun comics and some entertaining movies.

There was a radio series called "T-Man" that ran about that time. Here's an episode:

Thanks to all of you for your comments, and they are good ones.

I'm away from my desk, out of town for the Christmas holiday, using a borrowed notebook to check in on comments. I'm getting to them when I can, so once again I ask for patience on seeing them posted.

Thanks, guys, I appreciate all of your thoughts.

I feel like I'm making a lot of guesses lately, but does that cover look like Howard Nostrand to you?

I once read a minor 60s comic — hard to put a genre on it, mild horror, maybe, or Twilight-Zone wannabee tales of cosmic irony — about an evil, haunted paintbrush. The switch ending comes when the main character has (memory fading fast here) killed somebody because of the curse, and has to disguise himself quickly, so he puts on the paintbrush as a mustache, and it makes him look like Hitler.

I'm reminded of the story Lee Marrs drew for DC's "Plop!" in the '70s, called "Sidney Kidney." Sidney was a very ugly boy who wanted to be respected, and some aliens changed his appearance - making him look like Hitler and plopping him in the middle of Israel.