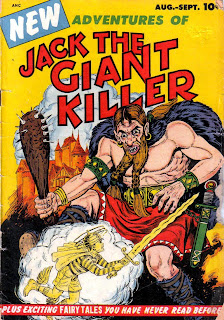 
Jack the Giant Killer, drawn by H. C. (Henry Carl) Kiefer, was a one-shot comic book from 1953. Jack is a modern boy who ends up in King Arthur's time and kills the giants, following basically the fairy tale of the same name. I'm not sure what the intent for this comic was; apparently Jack would end up in various times doing various things...but killing giants? That limits his story potential. Maybe that's why it was a one-shot. Or maybe it just didn't sell.

Kiefer was an artist whose work was in a lot of publications in the '40s and '50s. He drew several Classics Illustrated editions from 1947-53, and worked around the field for several publishers. He was one of the older artists I've mentioned before: H. G. Peter, Harold Delay, Alex Blum, George Carlson, etc., men who had more classical art training from before the age of comic books, who ended up in the field in its early days. Kiefer, who was born in 1890, died in 1957.

There's another Jack the Giant Killer version, this time drawn by Walt Kelly in 1942. It was done for Fairy Tale Parade #2. I've shown it before, but these are new scans. 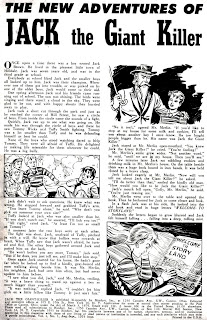 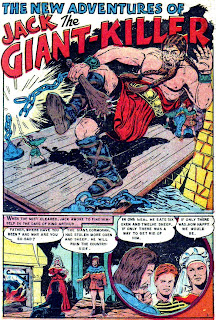 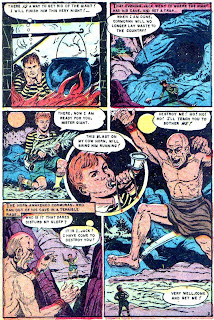 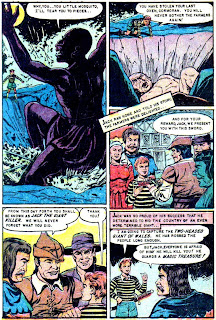 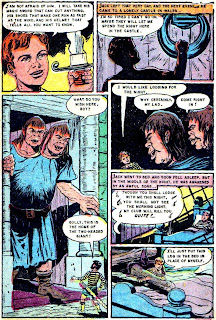 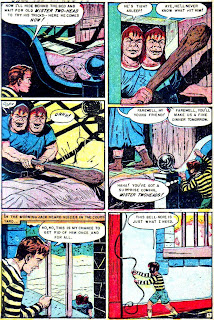 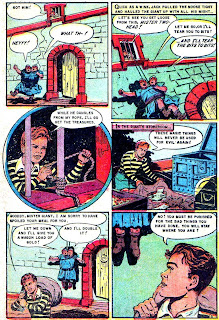 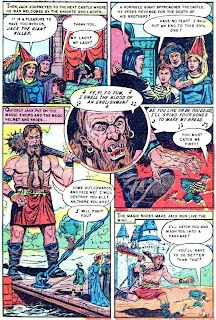 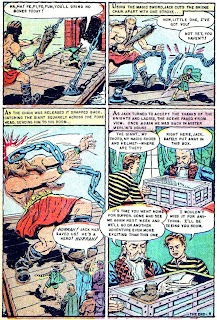 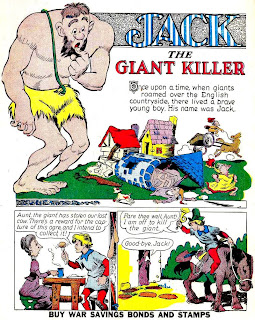 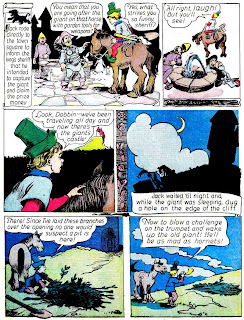 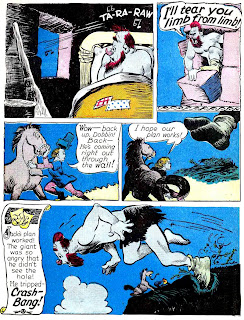 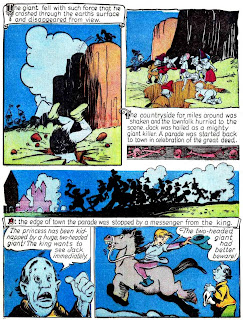 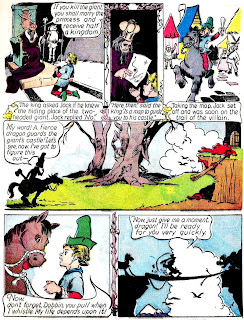 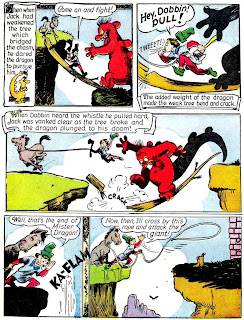 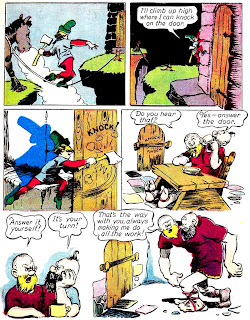 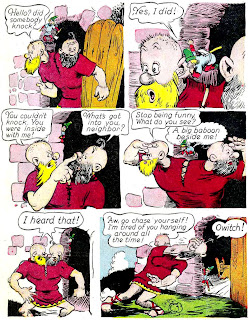 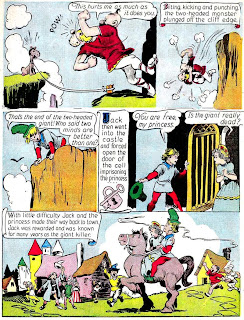 The text intro on the inside cover is just … uh … problematic.

Henry Kiefer's style is very similar to Harry Peter's, though it's a tad more realistic. Kiefer also drew for Seaboard's Classics Illustrated ripoff, Stories by Famous Authors Illustrated; their adaptation of "Macbeth" was famously reviewed by John Mason Brown in a 1950 issue of the Saturday Review.

Ah, shoot, Daniel, what's problematic about an old man inviting a third grade boy into his home and drugging him?

Pappy, I skipped the intro, but maybe I've got as dark a mind as Daniel.

As soon as I saw the title Jack the Giant Killer, three panels appeared in the air before me:

1st panel, a little guy brandishing his fist in the air at a giant;

2nd panel, the giant squishing the little guy flat with his foot;

Pappy: It's fascinating to see the different tone each artist creates for the same character. Keifer is very serious and classic boys' adventure. When Kelly takes the reigns, the character seems much more freewheeling and geared for a younger audience. Both are great, depending on mood.

Mykal, I grew up reading Kiefer's Classics Illustrated stuff and was always fascinated by his old/new style. I think he's stiff, but distinctive. I don't know that I even like Kiefer's art--are there any H.C. Kiefer fans out there?--but his style was instantly recognizable, and whether I like his drawing or not he was a pro whose work I recognized early, and has a certain nostalgic quality for me.

I'm a Kiefer fan, yet my feelings are not much different than yours. I love his Classic Illustrated stuff and can't separate a true assessment of his work from my feelings of what seeing his work means to me. I can see occasional stiffness, but it doesn't change the visceral thrill and warm feeling I get just seeing his distinctive style. In the final analysis, why should we try to be so clinical in our judgment? The worth of art can be judged by its emotional impact, at least in part.