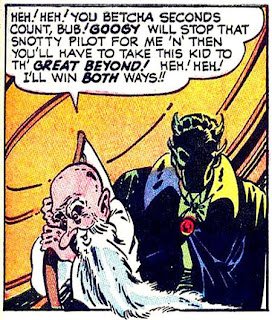 
Everybody have a nice Christmas? Hope yours was as nice as mine.

But, Christmas is over, and time to get back to the business of bringing you old comic books. Today a couple of 1947 Bob Powell stories from Harvey's Green Hornet #33. Powell didn't do the title character, but his work on two backup strips stands out. "Spirit Of '76" has an oddball premise for a costumed hero; a West Point cadet. I think those guys would have enough to do without parading in a gaudy red costume and mask. Powell makes it work with the funny hillbilly characters, "the Smith Brothers." Some of the panels in this strip remind me of Powell's former boss, Will Eisner.

He had fun with both the stories. I showed you the first issue of Powell's Man In Black in Pappy's #822, where the MIB was "The Man In Black called Fate." Here's an earlier version, when the Man In Black was also known as Mr. Twilight. He mixes it up with a gremlin and I especially like his Father Time, which seems appropriate for this last week of the year.

Here's a warning that on the last page of the Man In Black strip is a single panel comic with a stereotyped and racist black character. It was my decision to include it because it was not uncommon in its time, over 60 years ago, and I apologize if it offends anyone. 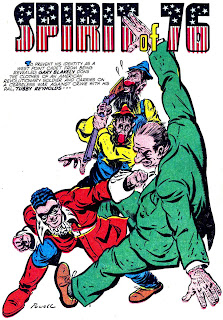 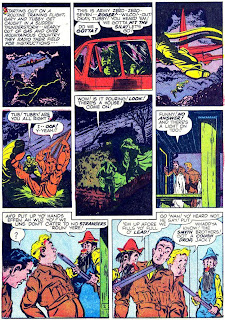 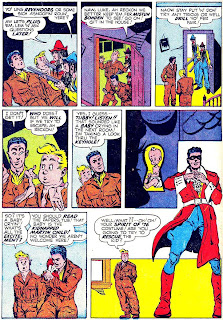 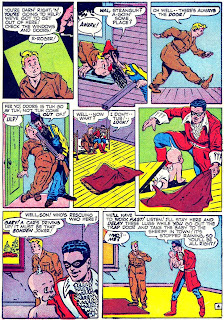 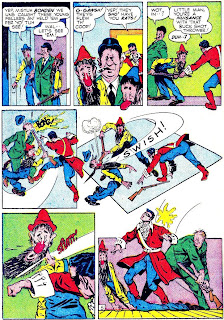 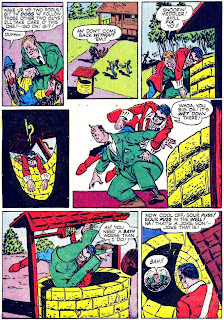 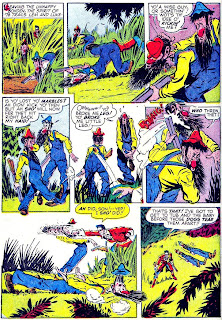 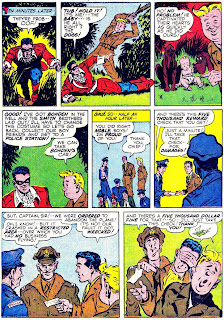 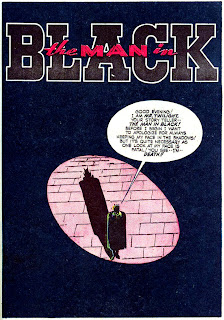 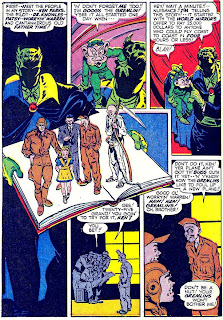 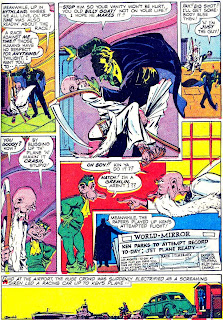 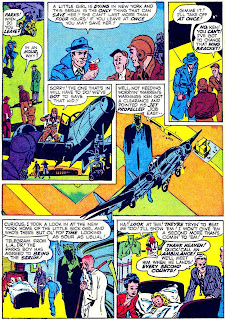 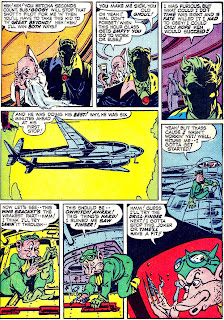 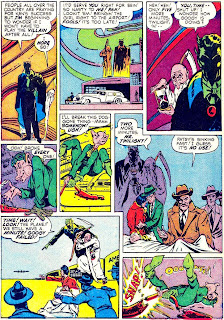 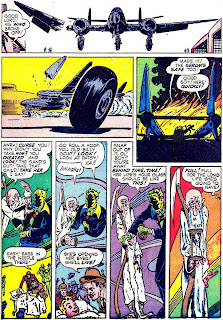 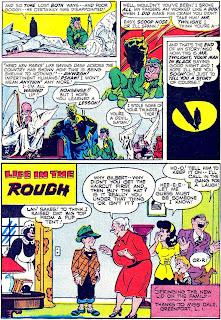 Speaking of Boxing Day, today I'm boxing up (or at least packing) for my cross-country flight home tomorrow. With weather systems being what they are across the U.S. right now I need just a bit more Christmas magic in order to get back to Casa Pappy.

Hey, in those days, they didn't mind offending just about anyone: those hillbillies are about as classist as you can get.

Thanks for posting these.

Here's hoping your flight was uneventful Pappy...and thanks for the Bob Powell and introducing me to yet more trialed superheroes, they never cease to entertain.

Jeff, the flight was not without event. A few more gray hairs were added to my head, but eventually I made it back to home and hearth. Scheduling travel during winter is usually something I won't do. I didn't have a choice this year. Even so I enjoyed my time away, but I could do without the attendant airport and airline problems adding to my generally high stress level around Christmas time.