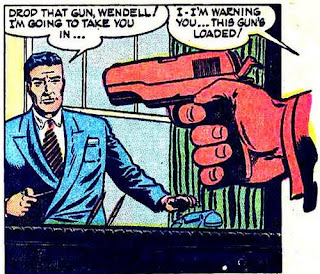 Movies in three dimensions are all the rage nowadays. But comic books in 3-D were one of the quickest disappearing fads in comics history. The first titles that appeared sold millions, influenced other publishers who rushed their own titles into production, then the whole fad died overnight. That's the comic book biz!

Some publishers got smart and decided not to join in. It looks like at least one, ACG, decided to go into 3-D without actually using the red-blue printing and obnoxious glasses. If you go back to the Wally Wood "V-Vampire" original art I showed a few days ago, Wood had to do a base page and then overlays for each level of the 3-D effect. ACG probably decided it wasn't worth the effort or the expense. They tried to give a 3-D effect and while it wasn't the same, it was an interesting experiment.

This is the first story from the issues of Adventures Into the Unknown that used the black borders and 3-D styled drawing they called "Truevision" (as opposed to "Fakevision," no doubt). "Nightmare" comes from AITU #51, 1954, and is drawn by Harry Lazarus, who did the bulk of the "Truevision" stories from #51 to the last story in issue #59.

I don't know if Charlton ever planned a 3-D comic, but if so then "A Sip of Death" from Charlton's Crime and Justice #18, 1954, would be a candidate for the process. It's drawn by Stan Campbell, an artist who worked for Fawcett, Dell, and Charlton, for whom he also drew the legendary comic book, Space Western. 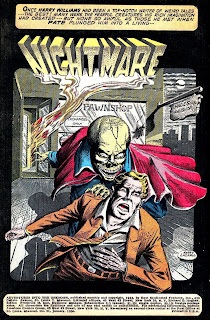 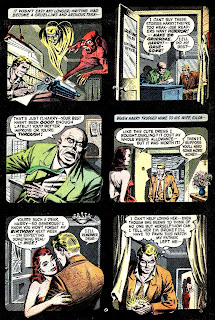 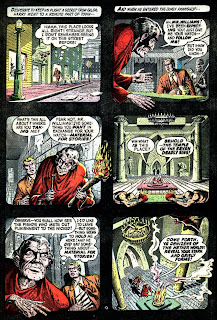 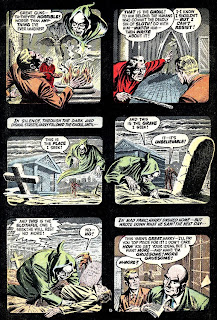 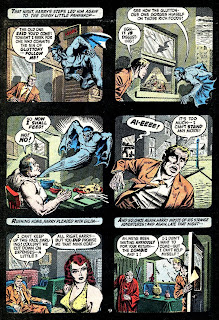 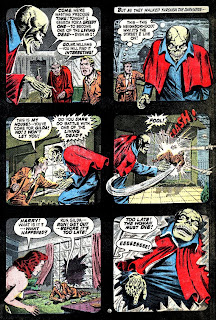 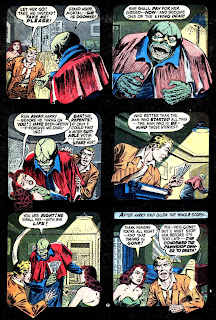 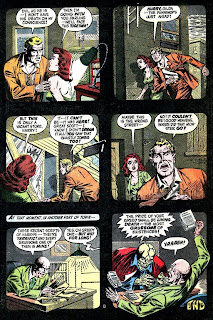 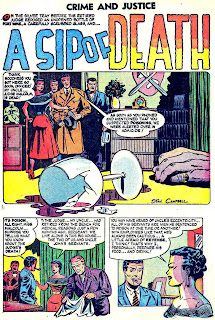 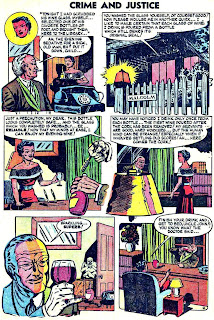 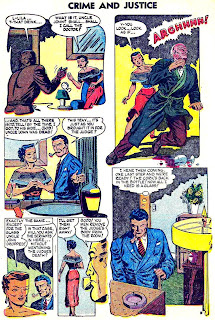 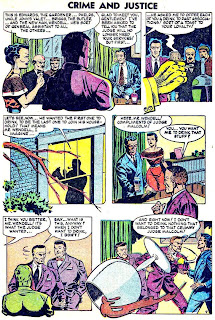 I can always count on you to give me something interesting to procrastinate with. And it's educational, too! Keep it up!

In the mid '80s, an indie publisher reprinted some of the 3D comics from the '50s... including one of Norman Maurer's Three Stooges stories (but the reprinters altered the art by changing Shemp to Curly). And I recall a couple of the Fake 3D stories were reprinted after they were converted to "real" 3D: a Red Mask story by Frank Bolle, and a "picturescope" jungle comic by Jay Disbrow.

Looks like the original artists and publishers substituted Forced Perspective effects for actual stereovision, which I'm sure fooled no one.