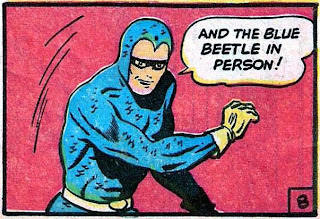 
Blue Beetle is a character who has had various incarnations since his introduction in 1939. The entry gives him the secret identity of rookie policeman, Dan Garret, who uses a super vitamin and wears a bulletproof costume. Why "Blue Beetle"? I've heard the name was a rip-off of The Green Hornet and that seems as good a reason as any. Victor Fox, the publisher of Big 3 Comics, Mystery Men, and any other books featuring B.B., wasn't known for encouraging originality. 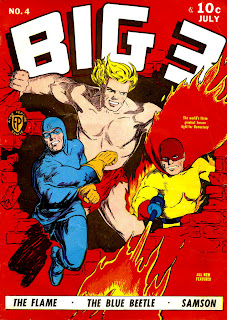 The Golden Age Blue Beetle's costume, with hoodie and burglar mask, is reminiscent of The Phantom.

I read the Charlton/Ditko Blue Beetle stories in the mid-'60s, and that was my introduction to B.B., a different person and identity, taking over from the original character. I hadn't seen much of the Golden Age Blue Beetle, but here's a story from Fox's Big 3 Comics #4, by "Charles Nicholas" from 1941.

I'd also like to note that the Web is the worst-looking villain I've seen in my years of comic book reading. The danger in this guy is you'd laugh yourself to death if you saw him. 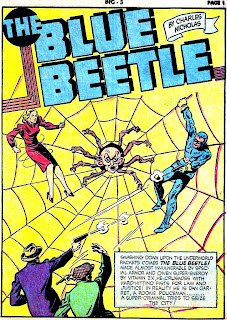 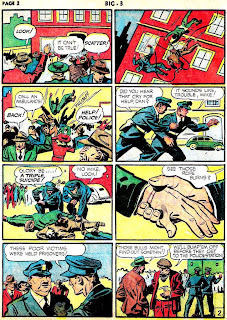 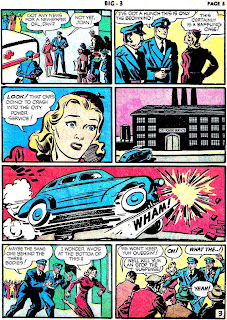 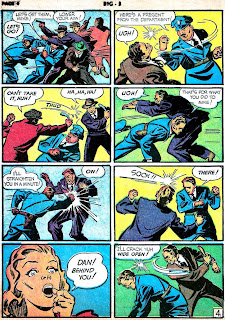 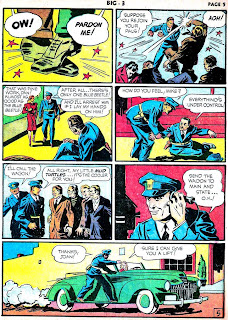 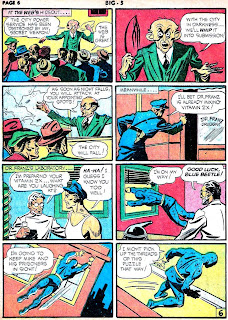 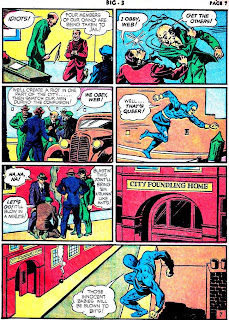 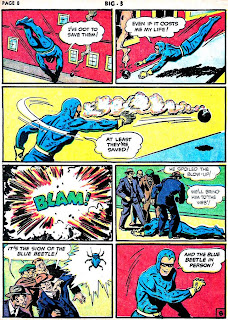 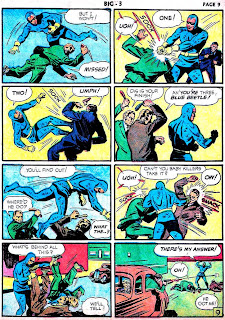 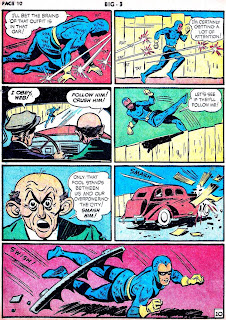 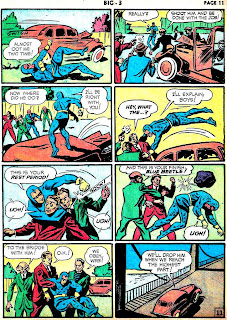 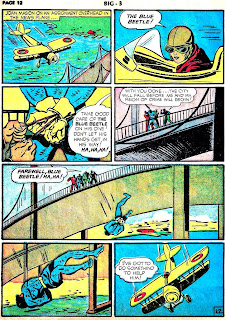 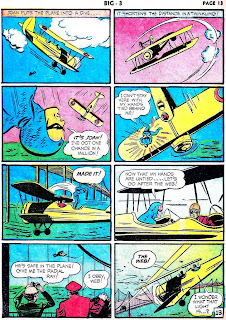 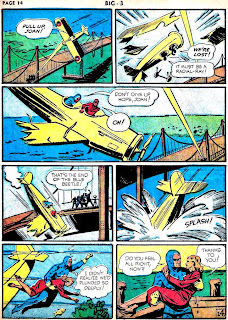 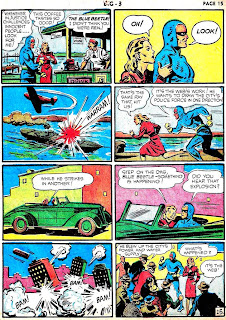 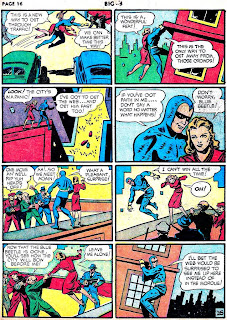 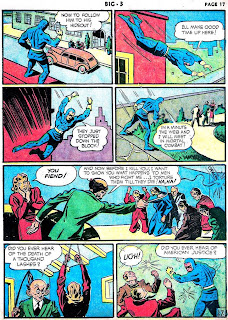 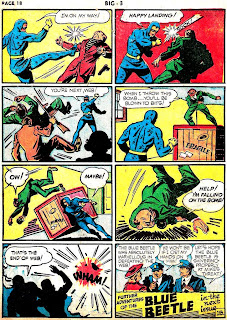 I have had a soft spot in my heart for the Blue Beetle for decades now, but nothing I own goes back this far. I sometimes wish I was even older, but only briefly!

Battler, your comment brings up something that's been percolating lately in my brain; had I been old enough to buy comics in 1941 I'd most likely be dead by now! Thank ghod for technology that allows us to access the past without ever having had to live in it.

The best thing I've found in this vast information super highway is the ability to access the art of the past. You used to have to be a millionaire to see this stuff in the quantities we see now. Methinks we're the perfect age for appreciating this Pappy.

Jeff, perhaps one day all of the knowledge of humankind will be online. At some point our species will pass away. Thousands of years after our demise some explorers from space will find our planet, its vast deposits of knowledge all available digitally. When confronted with this vast archive of the late human race they will have but one question:

Charles Nicholas? Is that Nick Cardy, by any chance? Swell story.

Kip, In most sources I've read "Charles Nicholas" is thought to be Charles Wojtowski.

very nice artwork.The "Drink Kooba" product placement in the "refreshing" coffee break panel in mid-story speaks of a leisurely moment in the studio

Forget Kooba; what was in that vitamin Blue Beetle took?

Thanks for the info, Pappy — and the stories!