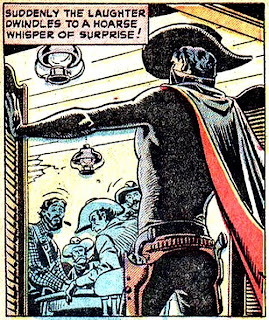 Number 854
Love is not in the cards for the Black Rider
Black Rider is a masked Western hero; not in the Lone Ranger style but a doctor who pretends to be a wimp. Like Zorro Doc Masters dresses up in his costume to whup on bad guys.
Everyone to their own thing. In the last panel of this story, Doc Masters asks the gal he's hot for, Marie, to ". . . close your eyes and pretend I'm the Black Rider." She says no. She knows better than to get involved in that kind of role-play. Doc must be in turmoil knowing he is his own rival. Several costumed heroes have found themselves in that situation.
The story is from The Black Rider #10 (actually #1), from 1951, credited by Atlas Tales to Joe Maneely. I showed the origin of Black Rider from the same issue last June in Pappy's #759. 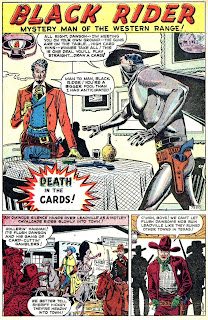 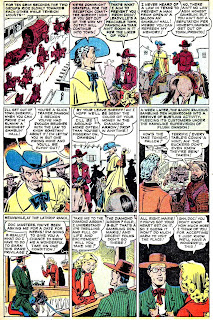 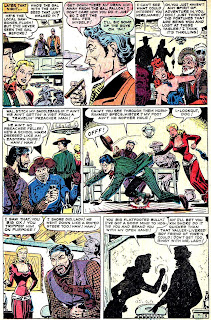 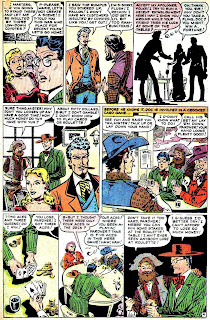 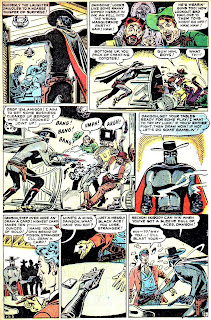 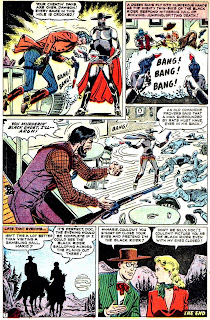 As an add-on, here's a Black Rider story from '54 that I scanned 10 years ago from my copy of 3-D Tales Of The West, before I sold it on eBay. Atlas charged 10¢ less for this comic than other companies charged for their 3-D comics, but the 3-D effects in this book didn't work out so well. I wish I had a blackline copy of this story for those of you who don't have 3-D glasses, because even if the 3-D is lame, the artwork is good. It's drawn by the late Al Hartley, another versatile artist who drew in several genres for Atlas. Later in his life ended up at Archie, and then Spire Christian Comics. 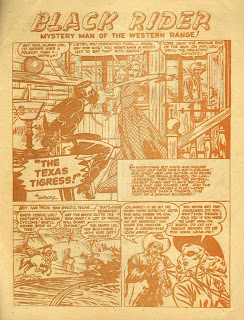 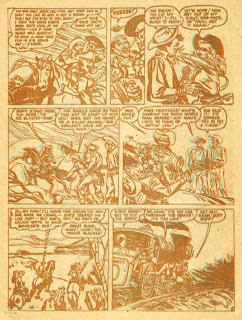 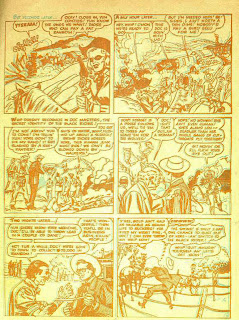 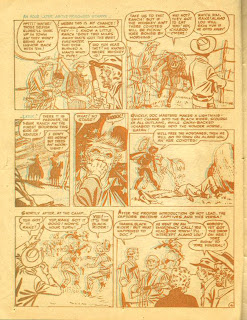 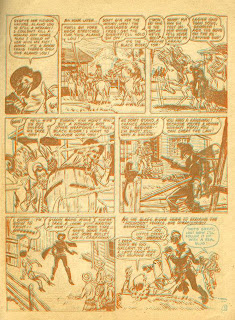 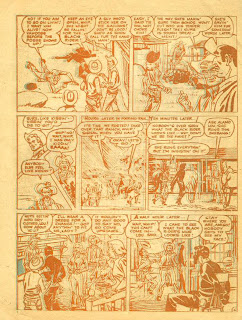 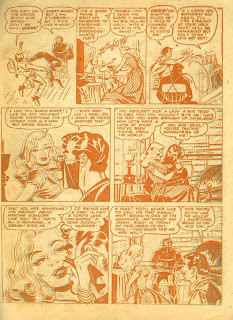 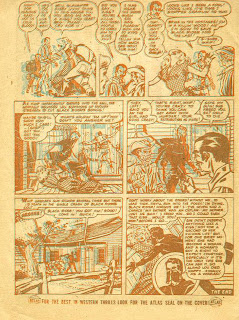 Pappy, just noticed your new 'About Me' pic.

Nice - but I never knew you were a member of the Blechhh Panthers!

The opening splash panel is my favorite, but it's all good!

Well, nothing's new. I've lived in both places, and Texans always have believed they own Colorado.