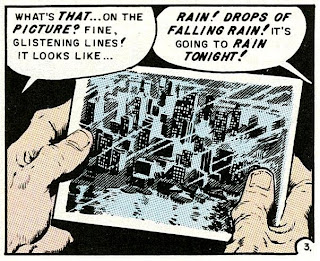 Number 687
The 10th @ Noon
I was one of those school kids from the 1950s who watched the U.S. government propaganda films of the "duck and cover" maneuver. Those films are now shown as jokey remnants of a more innocent time. We were told when an atomic attack was imminent we could hide under our school desks and they would protect us. We had drills to practice "duck and cover." Our government had the audacity to tell such lies to school kids. They knew after assessing the damage to Hiroshima and Nagasaki that there weren't any desks that would keep us from being vaporized by even a small nuclear weapon.
Stories about atom bombs and nuclear attacks were fairly common in science fiction of the day, including EC Comics. This story, from the February, 1952 Weird Fantasy #11, drawn by Wally Wood, is a good example. Wood later went on to draw "Atom Bomb" for Harvey Kurtzman in Two-Fisted Tales #33 in 1953.
As a culture we like to scare ourselves with imaginary creatures like werewolves and vampires, and the horror comic books of the same era took some heavy official heat. But for me at the time there wasn't anything as scary as the thought of Russian bombers dropping atom bombs on my city, and no one thought for a second how that might be affecting the kids.
I'm including scans of the dramatic original art for "The 10th At Noon" which I found years ago on the Internet, as well as scans from the 1990s reprint of Weird Fantasy #11 by Russ Cochran. How gorgeous is that splash panel? Talk about the stuff of nightmares...
This is the first of five consecutive Pappy posts featuring a science fiction theme. Sunday: The Spirit of science fiction. 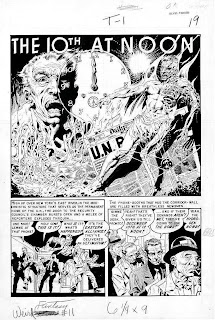 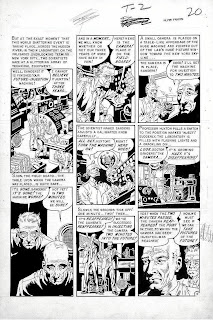 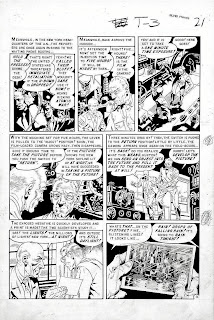 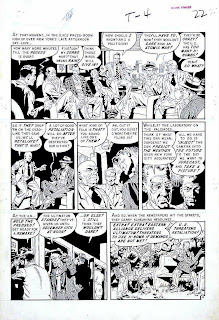 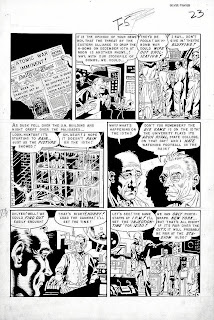 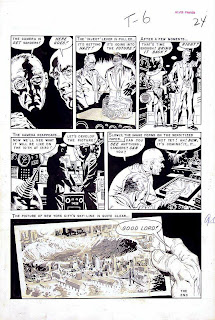 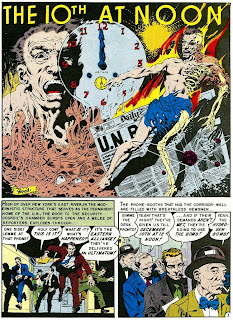 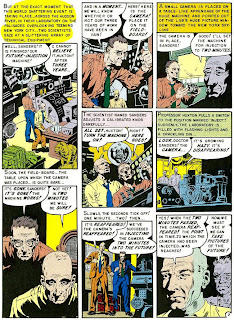 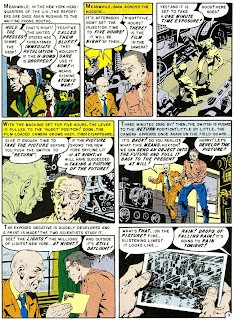 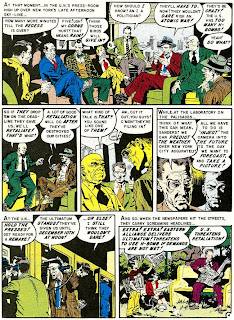 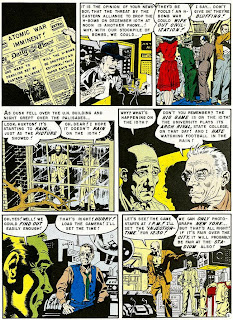 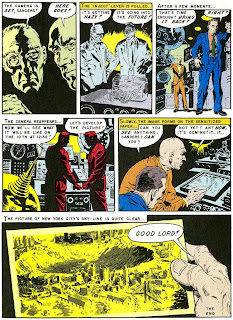 Did you see recently that the only known Human Being to survive BOTH Japanese Atomic Bomb blasts just passed away ? I hope someone does a movie about his story, with great dignity and respect. In the 80's, my generation was still pretty scared shitless about them Commie Bastards, but Patrick Swayze saved us !

And yet...now Patrick Swayze is gone, too!

It's nice to see the b/w and color like that for comparison. The yellow in the last panel is distracting and annoying. Just b/w on the photo would have been better.

I always had the feeling that this story inspired Philip K. Dick to write his short story "Meddler" (1954). We know PKD read EC because one of his mainstream novels featured a full page of characters talking about Tales from the Crypt.