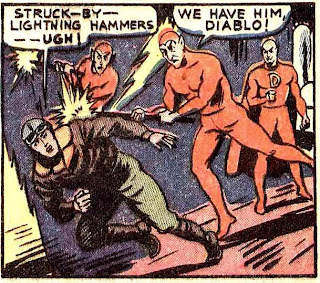 "Perisphere Payne" is early, from the last issue of Science Comics #8, 1940. The Perisphere was a landmark from the 1939 World's Fair, so the comic wanted to tie him in. Perisphere flies solo, unlike Rocket Kelly and Rick Evans, who are flying threesomes. In those two strips they are crowded into the coupé front seat of the rocket. I can imagine the poor chicks in the middle complaining, "You guys, if you don't watch your damn elbows..."

Not to mention there are no ladies rooms on the rocketships.

Rocket Kelly #1, copyright by Fox, was published by Larkin, Roosevelt and Larkin, Publishers, in 1944. It's probable the company had a paper ration in those war years, and Fox paid them to use it. In 1945, after rationing was lifted, Rocket Kelly lasted another five issues under the Fox imprint. The story itself is an odd mix of science fiction and theology, with Satan (called "Diablo") coming to earth. In the real world of 1944 lots of people thought the devil was loose with wars going on simultaneously in Europe and the Pacific.

Rick Evans is from Zoot Comics #8, from 1947, and gets my vote for worst-looking rocket crew helmets ever. Artist is listed as Stan Ford, as Ted Small is credited with Rocket Kelly and Arnold Hardy for Perisphere Payne. As with all Fox comics, I'm not vouching for the accuracy of those credits. 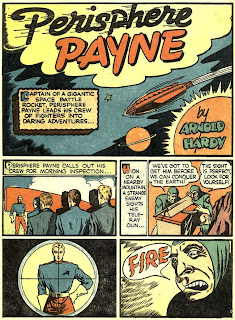 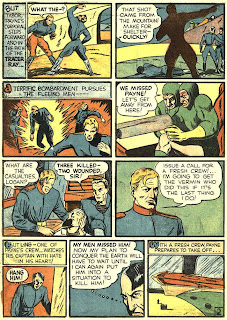 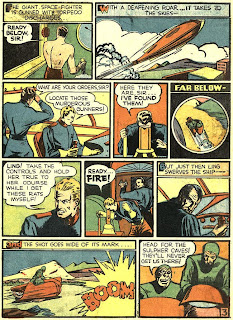 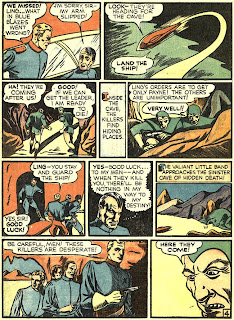 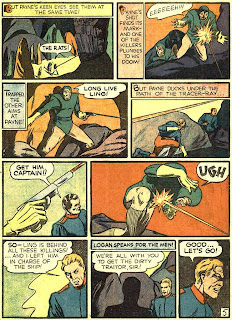 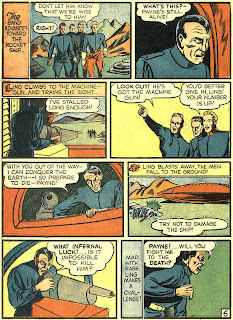 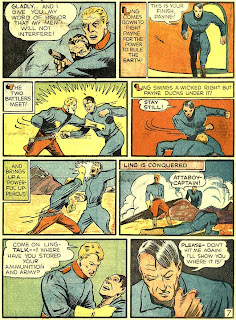 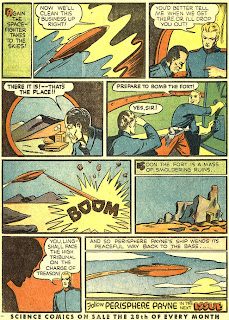 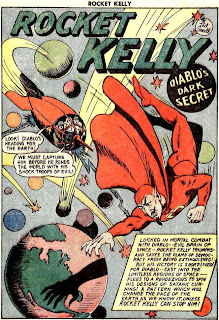 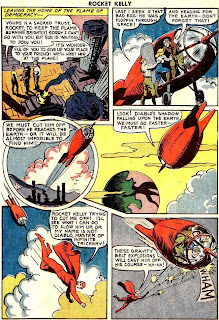 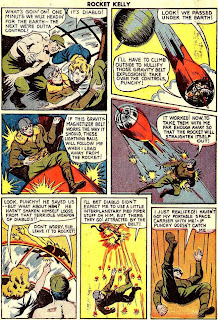 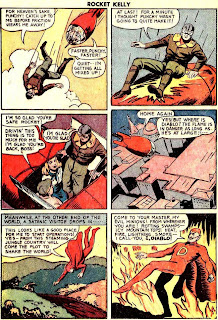 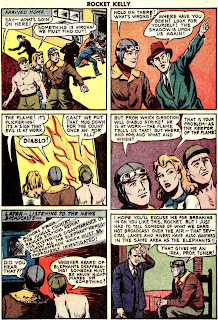 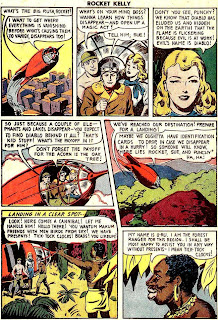 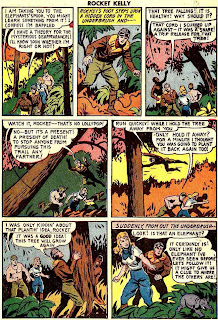 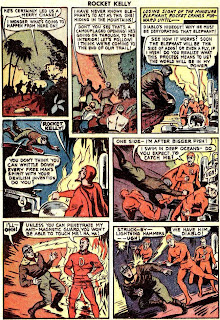 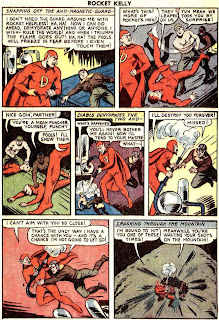 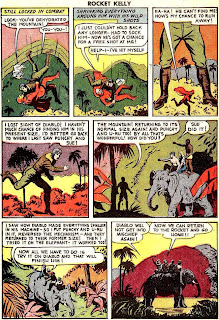 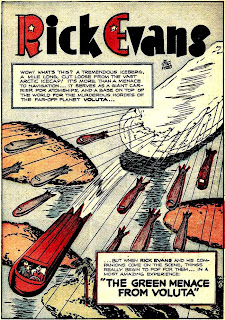 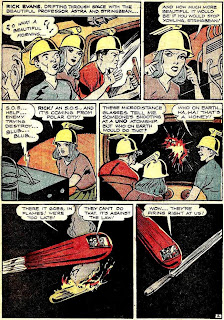 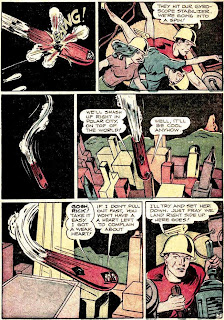 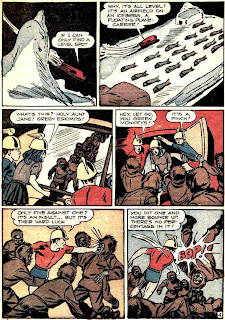 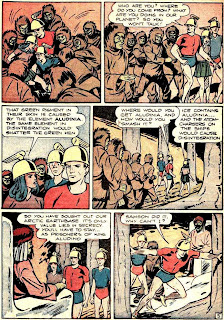 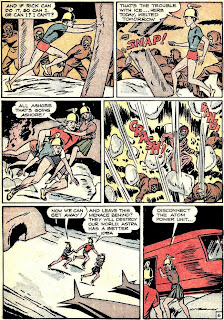 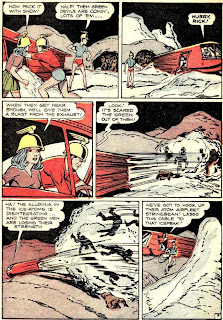 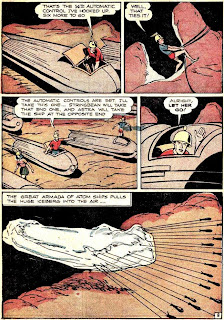 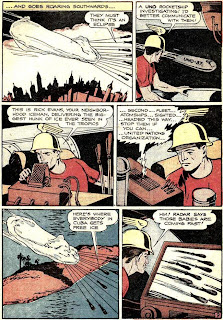 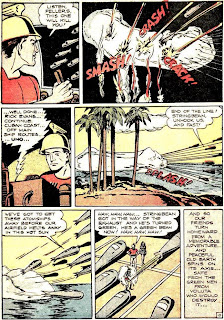 On the plus side, the silly head pieces of the Rick Evens crew helps you forget that all three of them are wearing red panties.

Thanks for pointing that out, Darkmark. I fixed my typo.

I am posting a link to your site- would you like to do likewise?