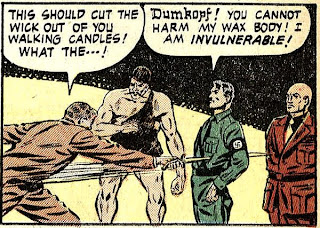 
Harry Lazarus was one of three brothers working in the comic book industry. Leon Lazarus was an editor working at Marvel Comics until 1950, when he went on to be a prolific writer for comics and even Little Golden Books. Sid Lazarus was an artist, as was Harry. Harry is probably best known for his work in the 1950s, especially for editor Richard E. Hughes at American Comics Group. These examples all come from ACG. Two from the pre-Code Forbidden Worlds: "Realm of the Moonsters" is from #7, "The Wax Demons" from #11, both 1952. "Your Number's Up!"* is from the 1955 Comics Code-approved Adventures Into the Unknown #65.

I'm sorry I don't have examples of Sid and Leon to show. 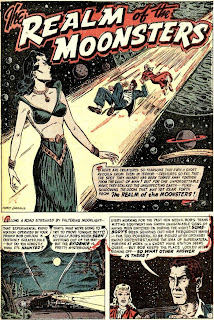 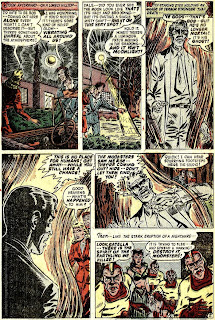 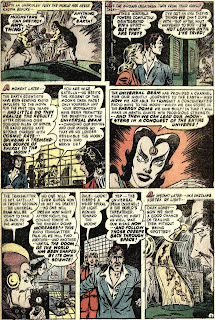 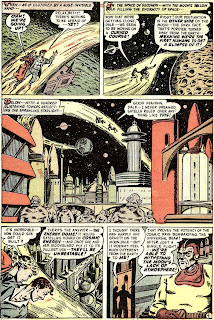 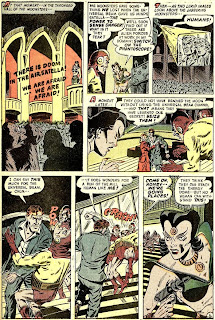 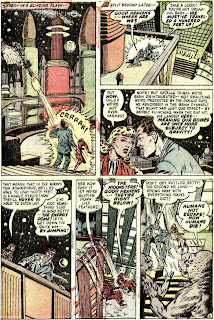 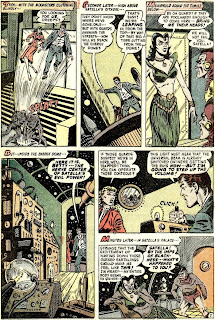 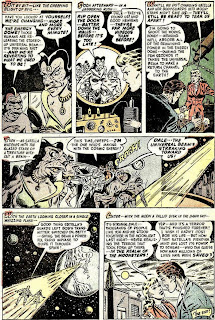 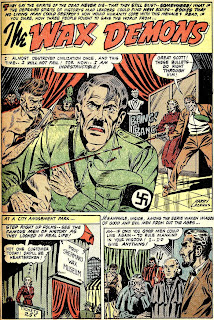 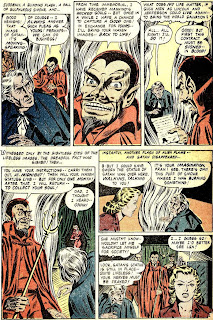 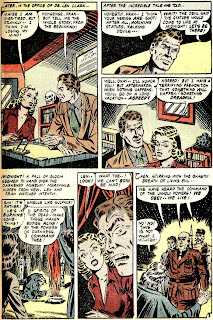 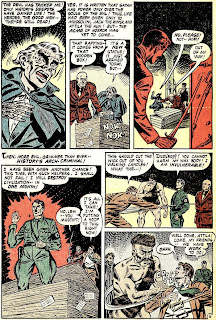 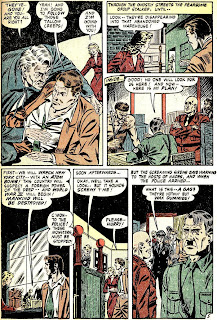 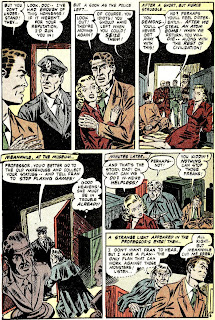 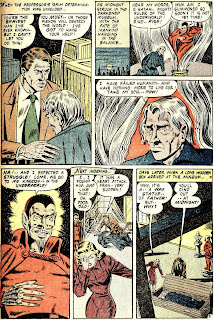 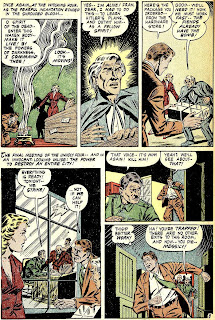 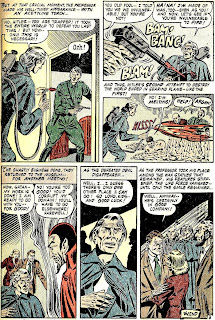 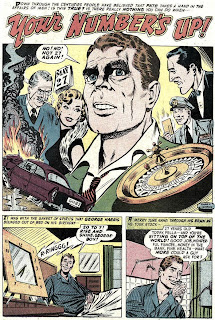 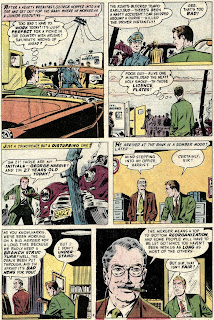 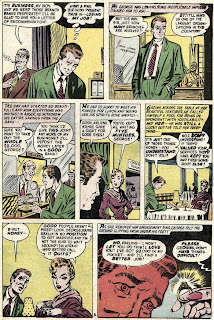 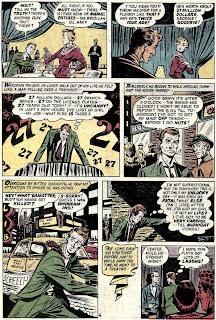 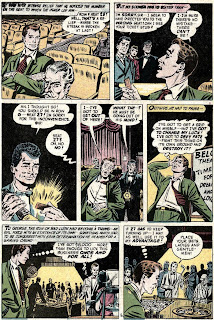 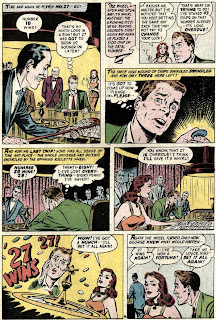 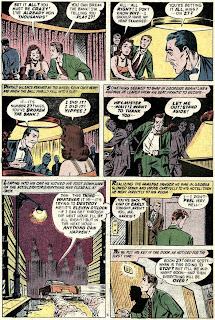 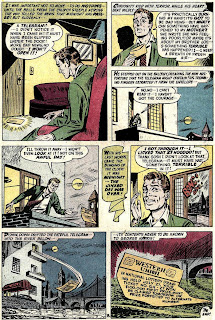 *The story is about bad luck for a poor sap brought about by the number 27 on his 27th birthday. The Little Book of Curses and Maledictions For Everyday Use, by Dawn Rae Downton, didn't take this Harry Lazarus story into account, but in a section called "Curse 27" she says: "You've made it to age twenty-seven? Congrats. Now, run quickly toward twenty-eight. Order your cake and gather your friends ahead of time, especially if you're a musician. For rock stars, that twenty-seventh birthday can be a tough act to follow. Jim Morrison, Jimi Hendrix, Brian Jones, Janis Joplin, Al Wilson of Canned Heat, Ron "Pigpen" McKernan of the Grateful Dead, Gram Parsons, Steve Gaines of Lynyrd Skynyrd, Kurt Cobain--all died at twenty-seven."

These were cool!I think I know what was making Satella all weak and quivery!
Er...Moonsters!

"Dad! Are you making deals with your wax Satan again?" Ah, the wax puppet with a heart of gold goes to heaven, but the guy who turns 27 loses a fortune? Twisted.
Loved the Lazarus art.
Three great stories, Pap!