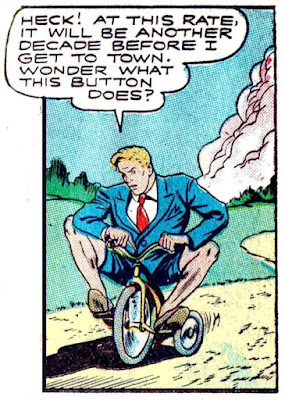 “Stuart Taylor, Weird Stories of the Supernatural” was a silly feature from Jumbo Comics, played for laughs. I like a silly story as much as any other kind of comic...just go back a few posts to the story of the Deadlings.

I have sometimes forgotten what I have posted in the past, so I made sure to check that I had not shown this story before. What I found was that I had shown the Stuart Taylor story for Jumbo Comics #89, which preceded this. When those issues of Jumbo were published they were a month apart. In this case it took procrastinating Pappy almost 10 years to post the second part, from Jumbo #90 (1946).

The story is provided by the Iger Studios, who did most of the contents for Fiction House, if not all. Grand Comics Database credits Alex Blum with the artwork. 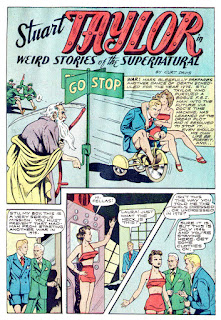 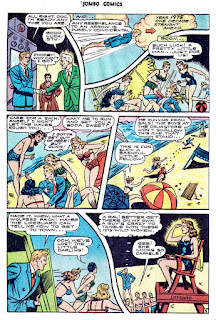 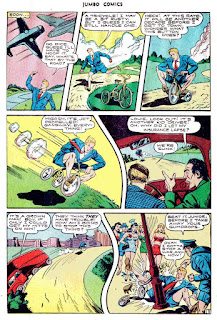 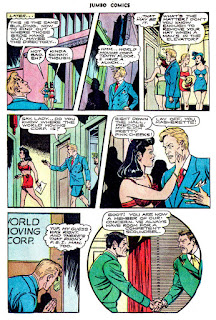 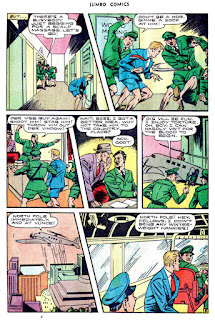 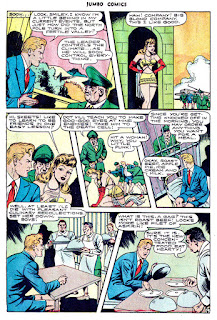 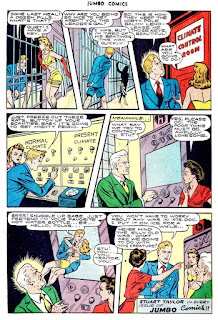 The link to the previous Stuart Taylor story; just click on the thumbnail. 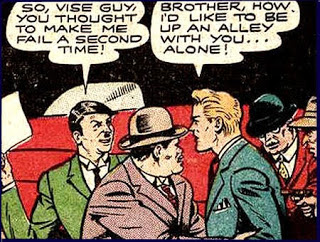 Looks a bit like Feldstein (mostly in the cheesecake.) This whole story seems like an excuse for good girl art and a possible fetish from the writer!

One more (I think) post to go? Then congratulations on your retirement and thanks for all the posts over the years!

While I have my doubts that Hitler would have lived to a great age even had he never involved himself in politics (let alone led a murderous regime), the 86th anniversary of his birth came in 1975. I certainly remember an era in which not just people on the margin believed that he might still be alive.

But when those on the margin assign a polar base of operations to a continuation of the Third Reich, it is in Antarctica, rather than at the North Pole. The latter, when thawed, is ocean; moving to the nearest landmass puts one in Russia or in Canada, and the people of neither of those lands would sit still for such a thing.

Wow, I had no idea Stuart Taylor was such a popular character! The GCD lists he was in Jumbo from #1 to #140.

If I read this right, Laura is Dr. Hayward's daughter. I notice he doesn't have anything to say about her trying out some futuristic fashions. Shouldn't he be the one looking after her, not Stuart?

In your original post, you speculated that Curt Davis might have been a pseudonym for Toni Blum. Still think so? If so, Toni has a LOT to say here about how men treated women in 1946.
Thanks!