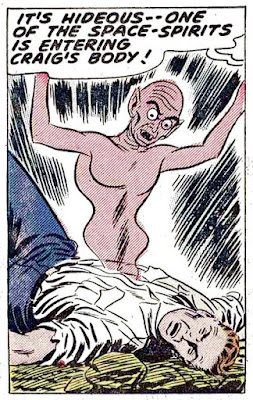 No kidding, I love the old ACG horror comics because so many of the stories are crazy. Comic books have never gone for much realism, anyway, but the ACG folks had a way of putting an even stranger spin on their strange storytelling.

In this story, which has ACG’s common use of lovers as the main characters, Nancy visits her boyfriend, Craig, head of a government facility under attack by what he calls “Space-spirits — inhabitants of the outer universe!” The “deadlings” are human corpses, animated by the space-spirits, looking a lot like our modern era’s walking dead characters in movies and television. At the end love conquers all with a sacrifice. There is a way of getting rid of the deadlings — and everything else, as well — with an atom bomb at their disposal. It would not be the first time I have seen a nuclear option in ACG comic books. It is all just a dumb part of yet another dumb story, but something I like for that reason.

The Grand Comics Database credits Charles Nicholas with the artwork. 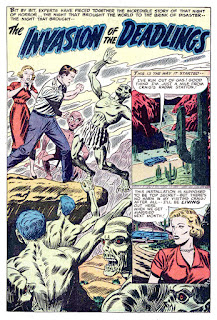 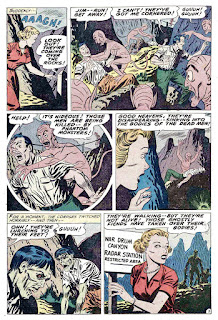 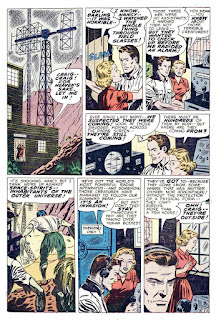 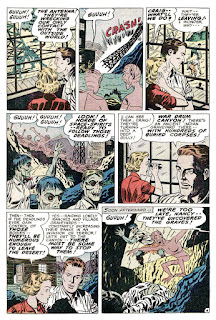 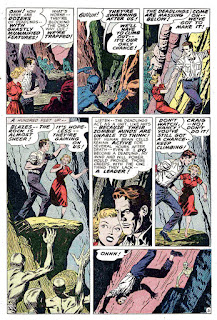 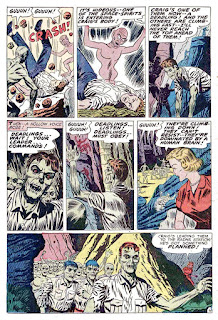 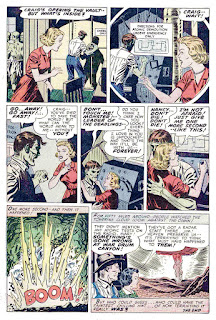 The cover by Ken Bald for Forbidden Worlds #32 (Aug '54) in which this story first appeared depicts the Deadlings as something more like devils.

There's little or nothing to add to your characterization of the story.

I wish that I had the copy of Forbidden Worlds #142 that went to my brother when we divided ownership of the comic books. Sadly, he didn't take care of those that became his. I suspect that they eventually all went into the garbage.

A fun little sci-fi horror story, though it had about a zillion plot holes (or as we know them in comics, the plot itself!)

The horde of re-animated corpses was actually a pretty suspenseful for ACG!