Number 2427: Shot through the heart 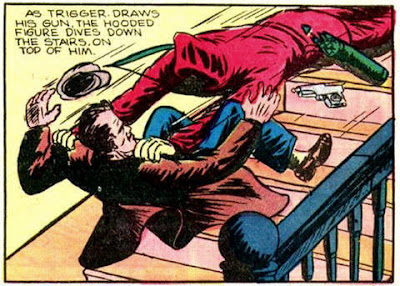 The Arrow was a very early entry into the comic book costumed heroes club. His exploits began in Funny Pages Vol. 2 No. 10 (1938) as an anonymous archer in disguise. Like many of his ilk, the Arrow doesn’t mind going around the law, bringing some old-fashioned vigilante justice. In one panel of today’s story he shoots a crook in the heart with his “glittering arrow.” Beyond a good aim, he has no super powers.

The Arrow was created by Paul Gustavson. I am showing you the fifth story from the series, in the form of a reprint published in The Arrow #1 (1940). Like most good costumed heroes, the Arrow knows where the evil doings are done, and as if by magic he appears on the scene to wreak justice. Also like magic, his cloak changes to yellow in the splash panel and all of page 5.

Early come, early go...Arrow lasted until 1942, when the publisher, Centaur, went out of business. 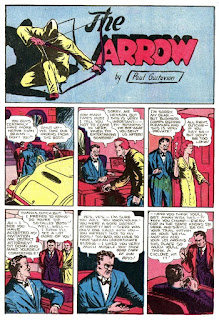 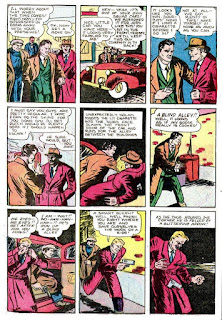 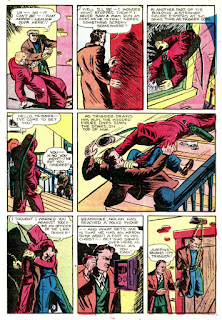 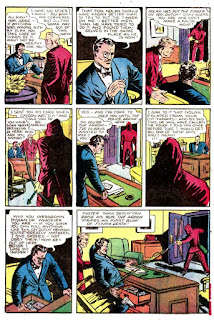 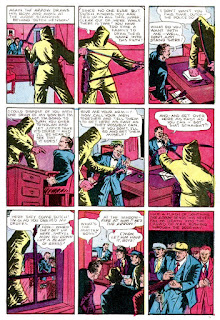 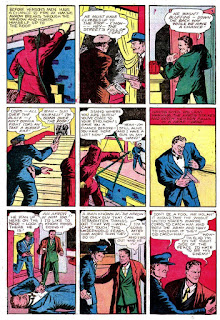