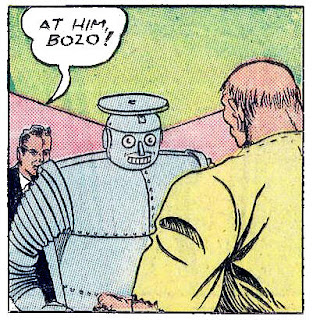 The word “robot” is from the 1920s, from the Czech word “robota,” meaning forced labor. It comes from K. Čapek's play, R.U.R. Rossum's Universal Robots, now over 100 years old. It seems that since the industrial age the fantasy has been to have robots do all the work. We humans can sit back in a rocking chair sipping our drinks while our obedient ’bots do the heavy lifting. It’s a great idea!

A personal feeling is that not only was the fantasy of a mechanical man doing the repetitive, hard work, but of making a perfect working man who asks no questions, nor asks for more money.

Bozo was invented by a mad scientist, and where would fiction be without scientists who are mad? Bozo later hooked up with Hugh Hazzard. In this episode, as explained by the Grand Comics Database, “Bozo truly meets his match in a modern-day Prometheus named Brutus, created by a mad scientist, who stole its body parts from graves.” 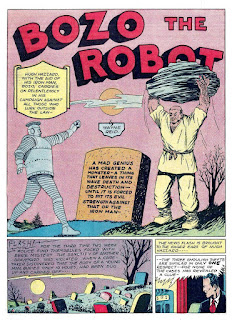 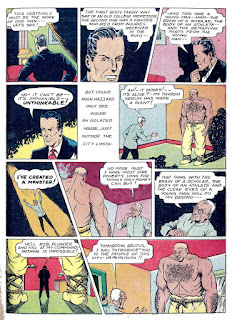 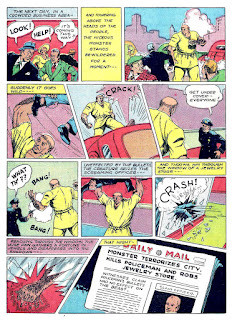 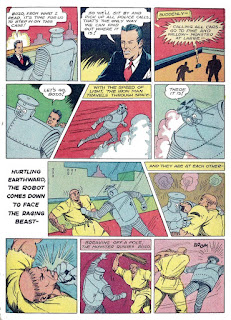 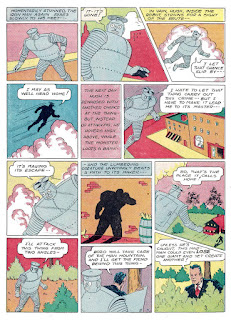 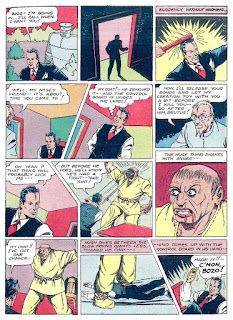 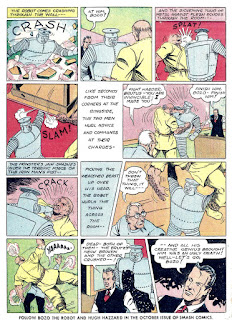 Bozo’s origin from Smash Comics #1. Just click on the thumbnail. 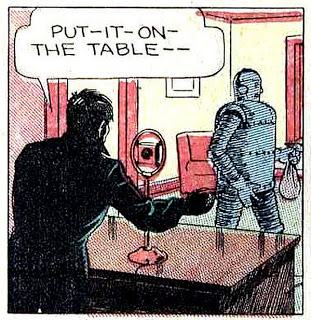 Whoever wrote that summary at the Grand Comics Database apparently misunderstood the reference to Prometheus in the title of Shelley's book Frankenstein; or The Modern Prometheus. When we hear or read of Prometheus, we normally think of Prometheus in his rôle as the Bringer of Fire; but that fits no one in Shelley's story. However, Prometheus was also the mythical creator of humankind, and the description or title “new Prometheus” is intended to refer to Victor Frankenstein, by virtue of his creation of a man. When the Monster is called “Frankenstein” (as is often the case), one might perhaps argue that he'd simply inherited his father's name; but “Prometheus” won't do at all in application to the Monster, nor to Brutus who is like Frankenstein's Monster.

Thanks for sharing this article. Its just about what i am looking for. Its very informative.
I have seen this type of stuff that are really great for the wonder woman lovers. This site has almost covered all the products
related to the superheroes characters.
In these links yhere are mostly the most selling products of wonder woman and also there is another all type of products.

You have a good articel and have a deep story and meaning to everyone who need to read your articel.
I have vsome article to you can visit my articel at here :

Thanks For Read My Some Articel Today :)

You have a good articel and have a deep story and meaning to everyone who need to read your articel.
I have vsome article to you can visit my articel at here :

Thanks For Read My Some Articel Today :)