Number 2423: “Ain’t had so much fun since we massacred everybody on the Lordsburg stage!” 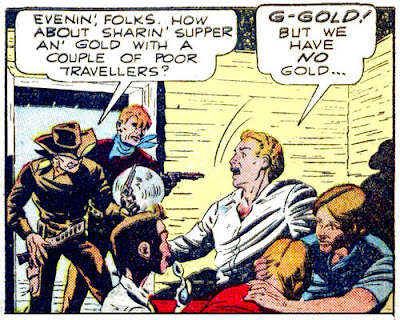 Rattlesnake Jake and Longhair Owens are killer cowboys who go for gold. They don’t want the hard work of taking gold from the ground; killing someone else for gold is much easier for the two.

The tale, from Ace’s Western Adventures #1 (1948) is full of shooting and killing. Where the two bad men meet their match is in Lewiston, Montana, where the townsfolk don’t cotton to two rotters shooting up their Fourth of July festivities. Shame on those saddle-tramps for disturbing a town’s patriotic celebration.

“The Slaughter on the Fourth of July” is a supposedly true crime story from the late 19th century American West. It is drawn by Ed Moline, as identified by art spotter Jim Vadeboncoeur Jr. Moline, trained as an architectural draftsman, drew pulp illustrations during the Depression years of the 1930s, then comics. In the 1950s he went back to his original trade as a draftsman. 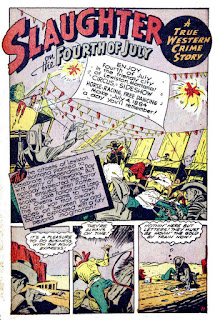 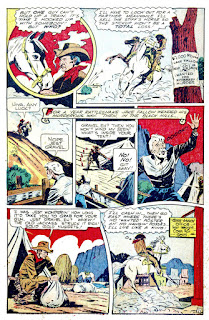 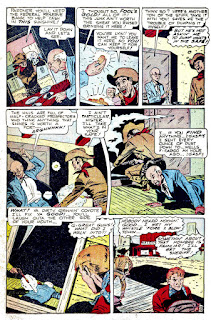 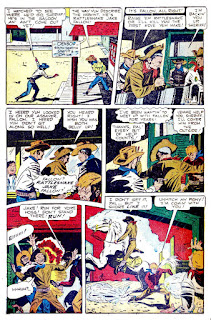 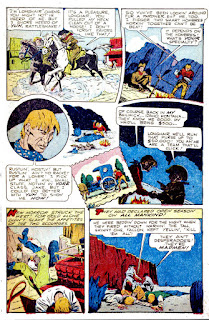 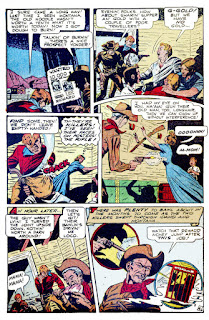 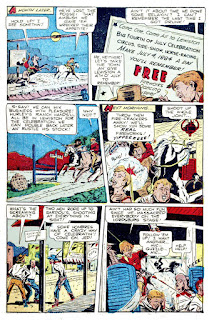 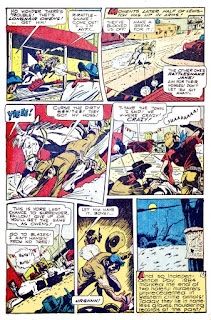 This one is a bit different than most crime comics -- the bad guy goes out on his own terms. Normally there's a lot of whimpering and crying ("crime doesn't pay") but this is "I'm not hanging so I'm dying here in a shoot out." Somebody missed the important message!

Brian, well, pardner, better to die in a shootout than at the end of a rope I'm a-guessin'!