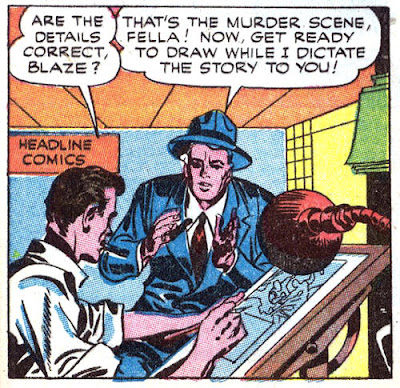 Red-Hot Blaze was a special investigator for Headline Comics, telling tales of criminals to the artist (presumably Jack Kirby, who penciled it...or is it Joe Simon, who inked it?), ready and waiting to draw the story when Red-Hot walks in and starts to talk. I knew Simon and Kirby were fast, but could either draw as fast as Blaze could speak? Even though Red-Hot Blaze is introduced to us, he also introduces himself in the sheriff’s office as an investigator for Headline Comics. I think that would get a smile if not a laugh from the cops. But they don’t seem amused, and they invite him along for the investigation of a murder.

The story does not appear in Headline Comics, but Treasure Comics #10 (1947). What it is, ultimately, is a 6-page advertisement for Headline Comics. No crime in that! 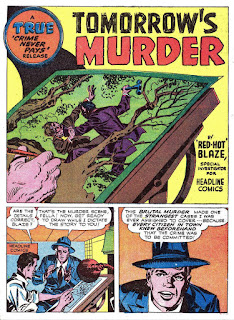 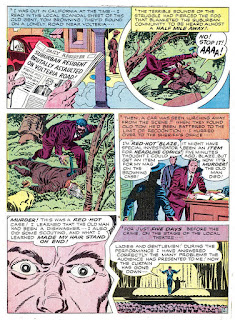 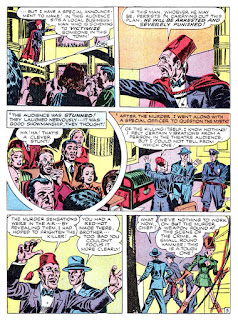 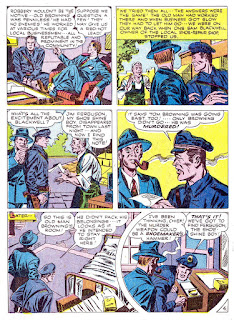 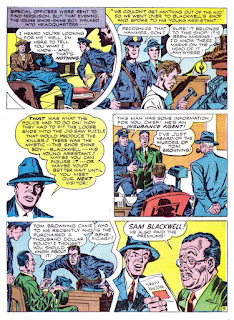 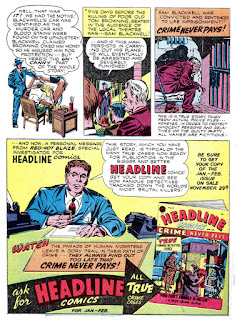 Just a thank you for all the time and effort you've put in over the years and I hope you have a very long and very happy second retirement,I've learnt so much through your postings and comments about the minor characters and companies and the journeymen and women who've contributed to the whole field.Once again thank you Pappy!