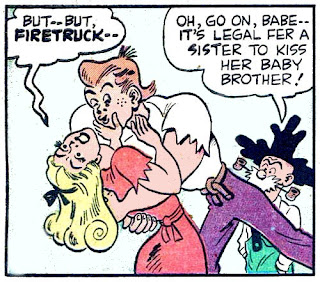 When I read Boody Rogers’ comic, Babe, I think of the influence of his assistant, Eric Stanton. Stanton made his reputation as a fetish artist, drawing things like men riding women. (You can find that in another Babe story, which I have a link to on after today’s story.) Boody was bizarre enough, but how much did his assistant influence him?

In this robust comedy Babe and her parents, Mammy and Pappy Boone, adopt a transient who has no name, but takes the name Firetruck. That reminds me of an old joke I heard from a friend when I was an adolescent: "What is a word that begins with the letter "F" and ends with "K"? I said the well known four-letter word. “No,” my friend said, “it’s firetruck!” Is that corny old joke what Boody and Stanton were thinking about...or do I just have a dirty mind and ascribe things to them they did not intend?

There are also the frequent kissing scenes between Babe and her new “brother.” They are not related but the constant reiteration during smooching of “my sister” and “my brother” sounds like...well...you know.

The whole dirty story...or clean, depending on the purity of your mind as opposed to mine, is from Babe #2 (1948). 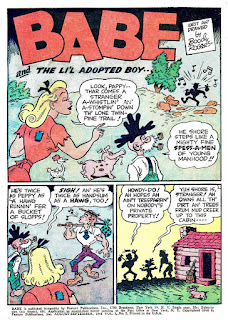 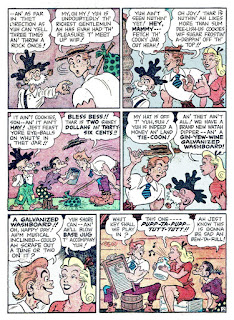 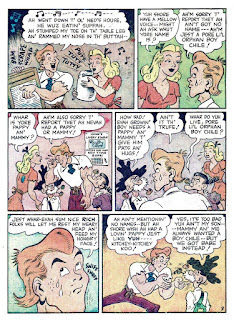 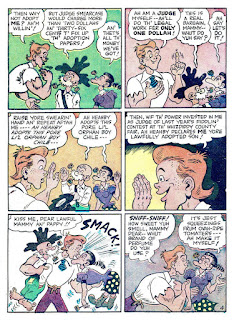 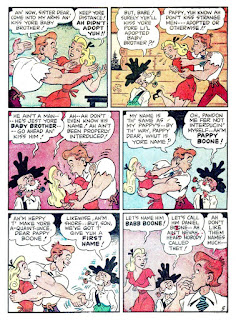 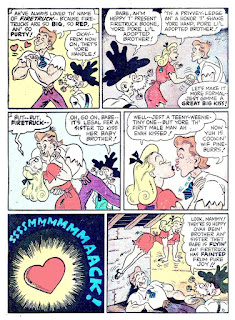 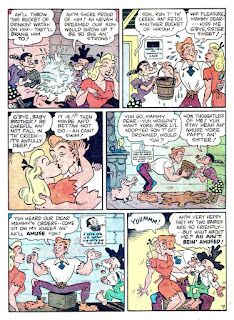 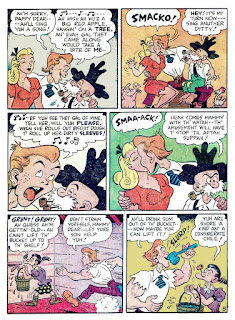 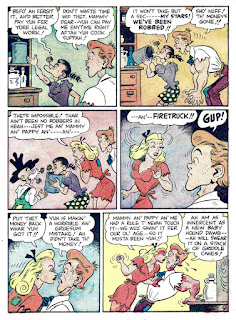 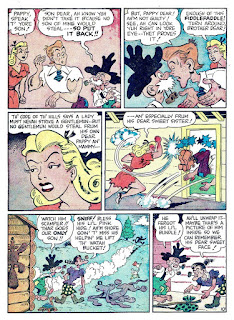 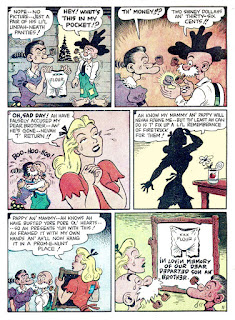 More kinkiness with Boody, Babe and the Eric Stanton influence. Just click on the thumbnail. 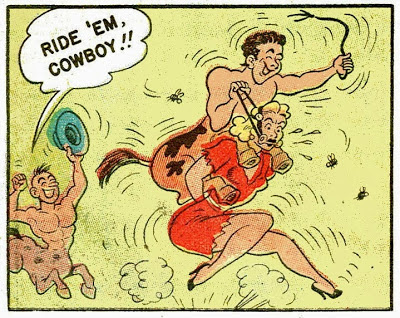 No question about it. This is creepy.

Thanks for reprinting this. I'd read some of the BABE stories but missed this nutty gem. I looked at the next issue online and didn't see Firetruck around, so I suspect Rogers had no intention of using him on a regular basis, even though Babe does indeed find her 'brother" later in issue #2.