Number 2413: Hawkman and Hawkgirl: the elixir of youth 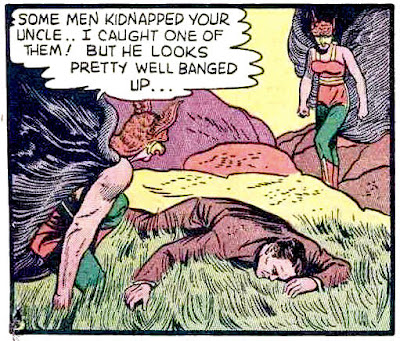 In the second panel of this story, Hawkman grabs a crook in a car speeding down a mountain and says, “Stop or I’ll pull you out one by one and drop you over the precipice.” I guess being a flying hero doesn’t make Hawkman, secret identity of Carter Hall, less threatening than the crooks he is after.

Hawkman has a hawk friend, Big Red, and a girlfriend, Shiera, who is also Hawkgirl, but sometimes he is on his own. That can result in what happens to him when the gang members in the car get the better of him. Then the story has a flashback to the reason for Hawkman’s plight. It has something to do with Shiera’s uncle and a “glandular elixir” he has invented, trying to make Shiera’s aunt into a young woman. Brainy, a gangster, wants to steal the elixir so he can turn his enemies into babies. That seems less effective than the old-fashioned way of killing enemies.

The elixir still needs work, but I am also thinking of it being used commercially. Can you imagine one of those late night infomercials selling this elixir? I could use about a gallon of it right now.

Drawn by Sheldon Moldoff and written by Gardner Fox. From Flash Comics #25 (1942). 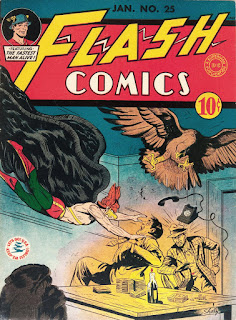 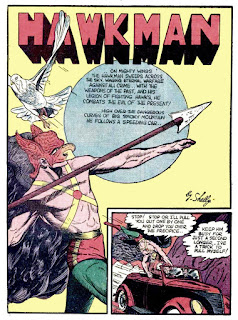 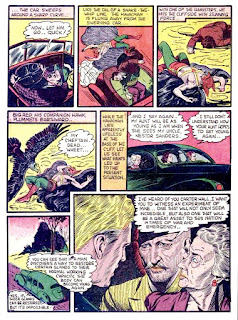 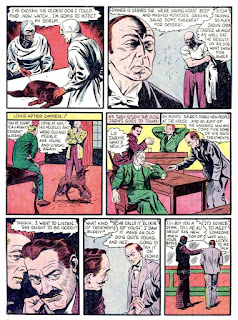 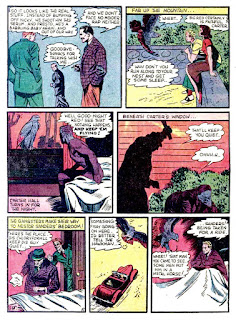 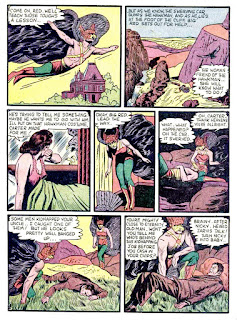 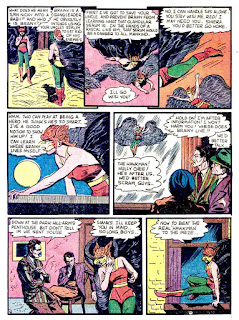 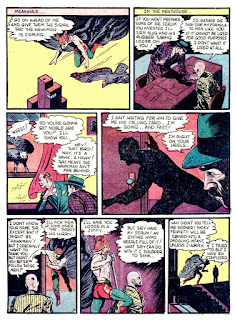 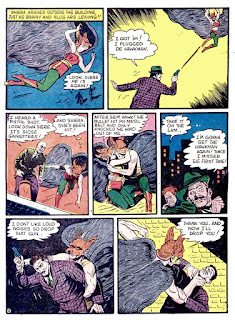 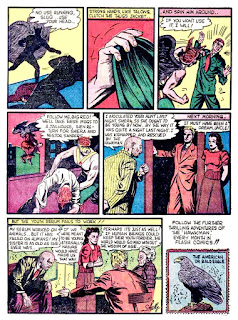 Are you sure that Kevin Trudeau hasn't ever run infomercials for this stuff?

Well, at least we'd get to keep our dogs indefinitely!

The idea of a direct causal link between decrepitude and wisdom seems pretty foolish.

I infer that this story were from the time in which Hawkgirl's existence were still concealed from the general (fictional) public.

Daniel...“The idea of a direct causal link between decrepitude and wisdom seems pretty foolish.” Writer Gardner Fox was 30 or 31 when he wrote this story, and that's young enough to think that anyone over 60 is stupid and ready for the boneyard. I appreciate your sentiment, but as I advance in years I am sure what wisdom I have is leaking out.

Shiera had only made 1 previous appearance as Hawkgirl at this point (in the previous issue). It was only supposed to be for a costume party.