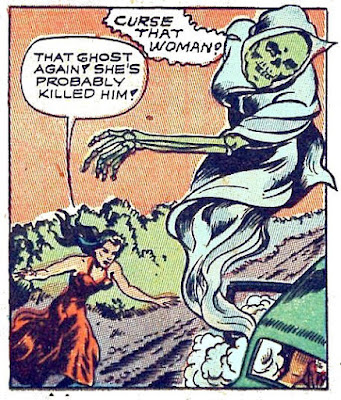 “Grimm, Ghost Spotter” is a character from the Iger studio, published in Bomber Comics #1 (1944), from Elliott Publishing Co. This first episode also appeared the year before in Harvey Comics’ War Adventures Comics. I don’t know why the same Grimm story showed up the next year in a wholly different publication, but a guess is that Harvey had hired Iger to do some features, and then there was some problem, so Iger took Grimm the Ghost Spotter back and put him in another comic book.

The ghostly manifestation in the story reminds me of the later ghost tales from ACG’s line of supernatural comics (Adventures Into the Unknown, Forbidden Worlds, etc.) where ghosts are more of a physical presence than something diaphanous hovering between the afterlife and our world. Back here in the land of the living, I’d be grim, too, if I were facing apparitions like this. 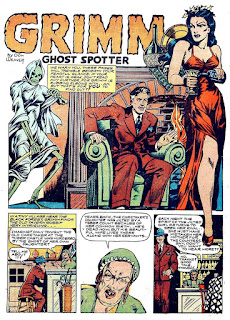 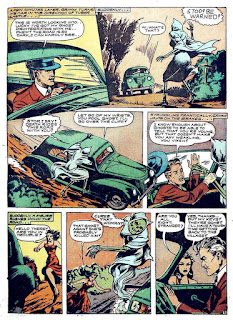 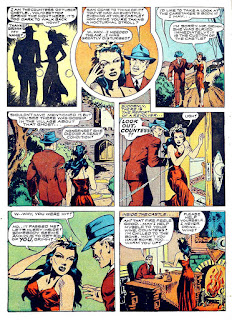 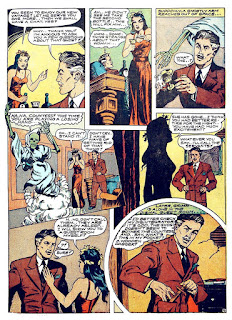 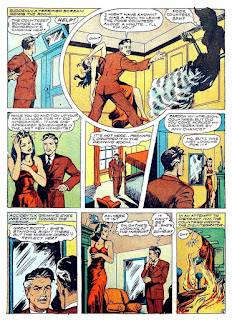 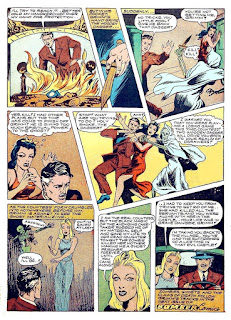 I've seen this one before somewhere.

Grimm is a complete nobody in this story, honestly, he really does about nothing, picks the wrong horse for 90% of the story, doesn't solve any crime, and then gets it all info dumped to him at the end.

I do love the concept that he's seen SO many ghosts that it's all ... whatever, another ghost. *sigh.* "Hey you fool ghost!" and the most amazing thing -- telling that a cloaked skeleton is "young."

And zombies in 1944 were a lot more attractive than modern zombies!

The GCD lists Rudy Palais as the possible artist for this debut. Furthermore, it reveals there were 3 more appearances of this feature in Bomber Comics, plus a previously-unpublished 1 in Jerry Iger's Golden Features #5 (Oct 1986).

There's a lot of backstory for a 6-page feature. Nowadays this would be a 6-month-long arc.
Thanks!