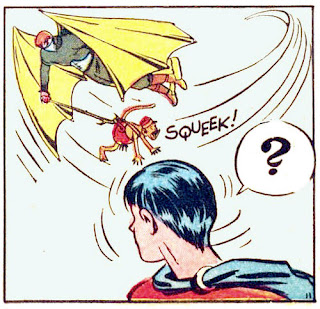 “C.B. (as Crimebuster was usually addressed) didn't have super powers. His costume consisted of a hockey uniform, plus a cape he'd grabbed almost as an afterthought. He wore a mask only on the cover of his first issue — he had a secret identity, but never used it. His sidekick was nothing but a small monkey. ” Quoting Toonopedia.

Crimebuster seemed like a smart young man, clever and agile enough to escape Nazi saboteurs, crime bosses, hitmen, and even the worst villain of all, Iron Jaw. Iron Jaw is in this story from Boy Comics #10 (1943) with Crimebuster, in another battle with his Nazi foe. As Don Markstein explained in his Toonopedia entry, Iron Jaw, who began his career in Boy Comics #3, was “killed” in Boy Comics #15 but returned years later in Boy #60.

I found the cover on Heritage Auctions. It shows how good editor Charles Biro was at making his comics stand out on magazine racks crowded with comic books. 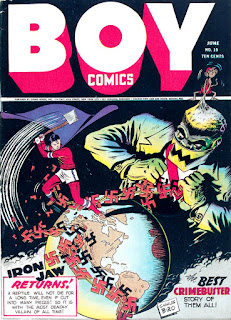 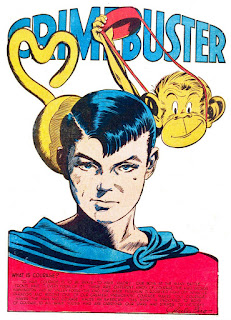 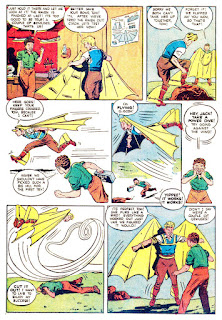 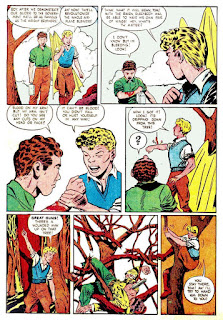 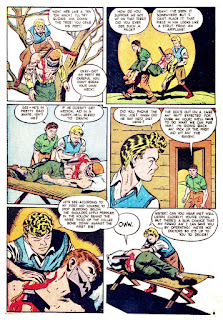 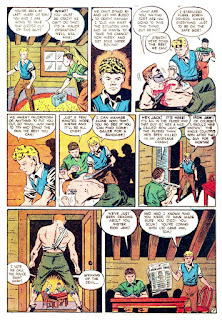 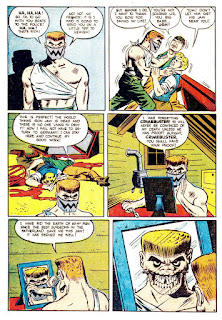 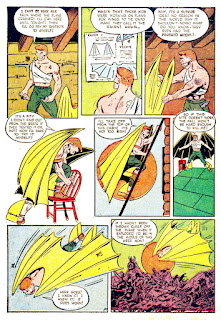 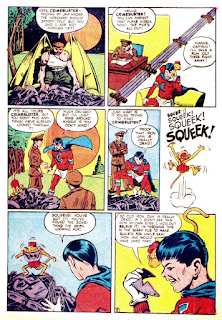 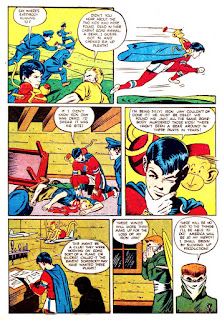 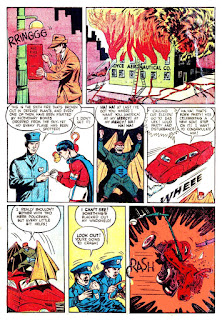 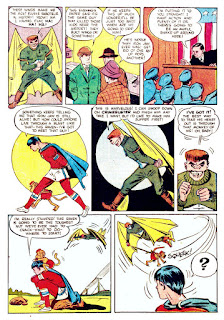 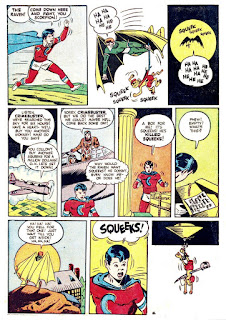 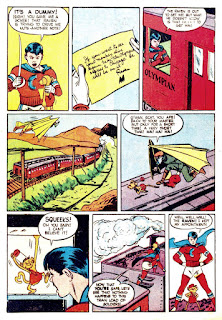 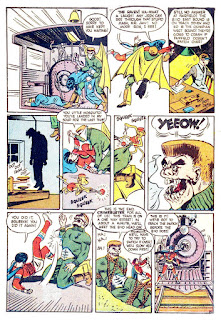 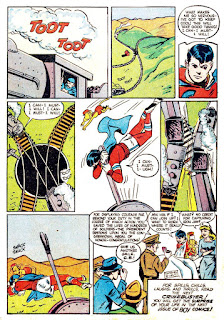 Wait...who was that nurse in the last page? And did that Morse code operator hang himself, or was that the operator over at the other station? More questions than answers, here!

That is some splash. The intent look lightened by the heart-shaped tail and ‘Howdy-do’ tip of the hat is wonderful.

cartoonjoe, I assume your questions are hypothetical, because I can't answer them. There are some puzzlers, though.

Captain Blog, I have heard that Charles Biro had a pet monkey, so I assume Squeeks is included because of that. As to making his tail into a heart, shee, that I dunno. I do like your interpretation of "intent look lightened by the heart-shaped tail and ‘Howdy-do’ tip of the hat." I had not noticed those elements before, so thanks for pointing them out.

The Fairfield operator--the one who "doesn't answer"--is clearly the hanging man, murdered by Iron Jaw so that he won't be able to prevent the train collision.

The nurse? Just a nurse. You know how they all swoon over teenagers who run around with their boxers on the outside and bring hyperactive monkeys into a hospital!

I have a feeling Iron Jaw hung him.