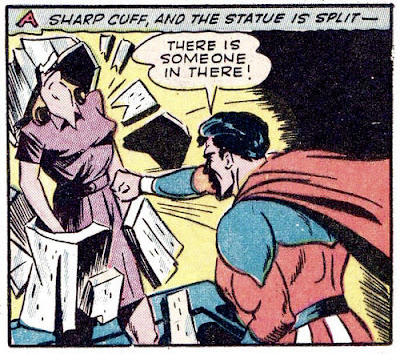 I hope I have gotten this right: the Puppeteer is a super hero whose super powers come from a magic organ playing the famous first few bars of Beethoven’s Fifth Symphony. Dressed in a patriotic costume (there was a war going on), the Puppeteer flies by riding something called the V-ray. He has a secret identity, and in his civilian identity he carves puppets that look like the Puppeteer. He is not only a super hero called Puppeteer, but an avocational puppeteer as well. Finally, he has a talking raven called Raven.

It is probably no wonder the Puppeteer had a short lifespan as a super hero. This story, “The Bleeding Statue,” was his introduction, and he made a couple of appearances afterward in various Fox comic books. He was drawn by Alvin Carl Hollingsworth, whose secret identity we also know was as one of the few African-American artists drawing comics.

The publisher of record is R. W. Voight, Chicago, Illinois, whom I believe was someone with a paper allotment that the book packager, Victor Fox, used for the 128-page one-shot giant comic, All Good Comics (1944). 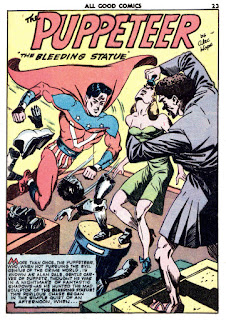 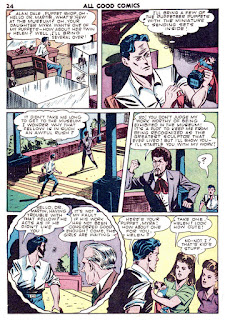 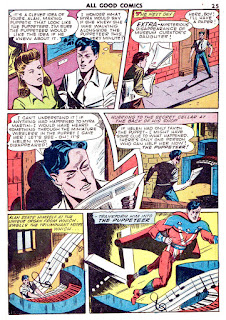 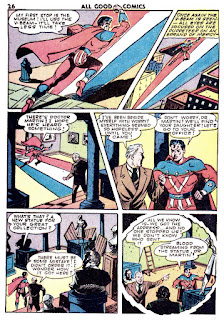 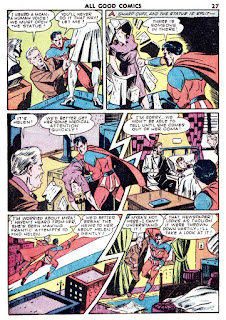 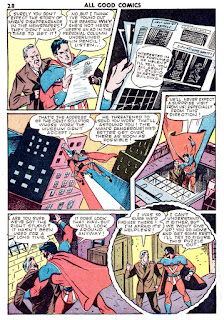 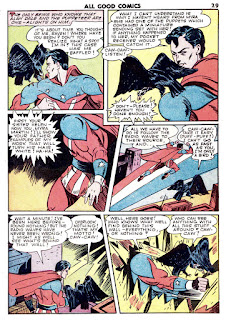 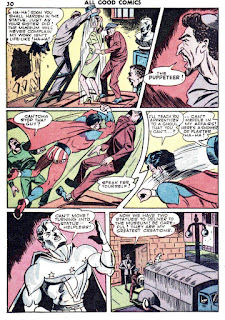 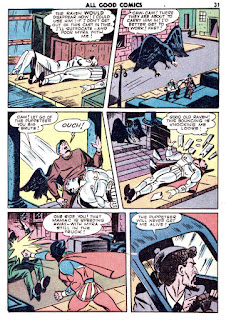 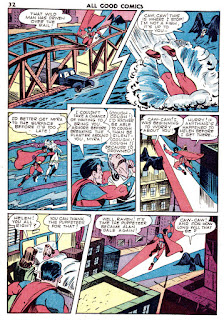 I imagine that, even to-day, there might be a commercially successful manga with an ostensible hero who maintained the widest possible surreptitious radio surveillance of the minor girls of his city.

To have a large number of active transmitters in continual operation without the signals being detected by hobbyists or by the authorities, the Puppeteer would have to have used a rather sophisticated technology for 1944. He could have placed a passive resonator in the puppets, so that they transmitted only in the presence of an external radio signal of some particular frequency and needed no other power source. Still, the chances of eventual detection would be high, increasing with the number of deployed listening devices.

Of course, upon detection Alan Dale might have offered his surveillance expertise to the authorities. J[ohn] Edgar Hoover would have been quite keen on the use of such technology.

Daniel, to me it goes along with my repeated feeling that the villains who have created such technology would be much further ahead by going legitimate and selling it to the government. As it is all they get is their butts kicked, when they could be spending the money they have gotten from Uncle Sam.