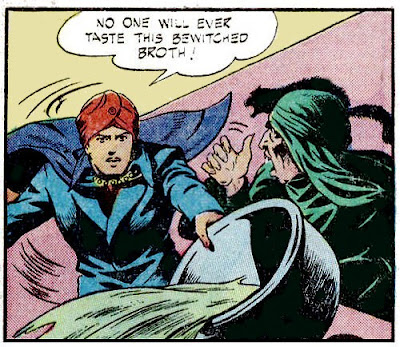 This story from Ibis #3 (1945) is drawn by comic book journeyman Gaspano “Gus” Ricca, and written by veteran scripter Bill Woolfolk.

A boy comes home from school, tells his mom he’s hungry, yet she sends him to clean the attic while he waits for dinner. He does it willingly. (That would not have happened in my house when I was that youngster's age.) The boy finds a book from his grandfather’s collection on how to conjure up Karlan, the sorcerer. (It seems a thick book considering the spell for conjuring Karlan is printed on one page.) The title of the story is “The Last Sorcerer,” and as you who have followed this blog for a long time already know, there are more sorcerers in comic books than anywhere else in the universe.“Last” sorcerer, indeed!

Said sorcerer has not been conjured in 3000 years, and is holding a grudge against Ibis for being part of a council of Egypt that “decreed his death” — yet Karlan summons a demon from Purgatory, which is apparently where Karlan has been for 3000 years. As you probably know, Purgatory is a Catholic belief, which just shows...what? That writer Woolfolk was raised Catholic? I have no idea, except he was not ancient Egyptian. 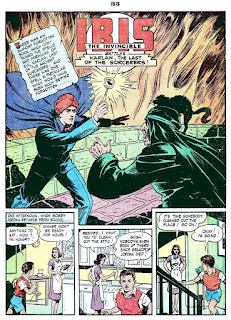 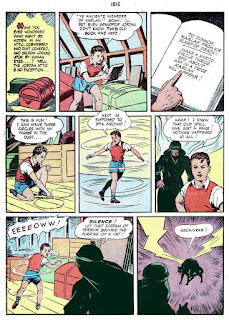 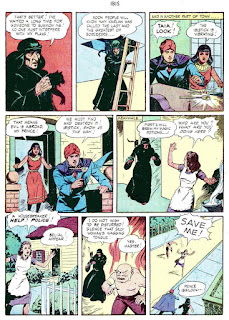 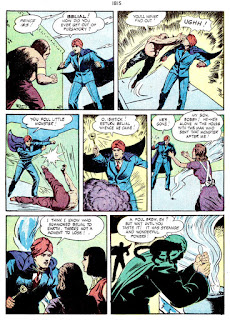 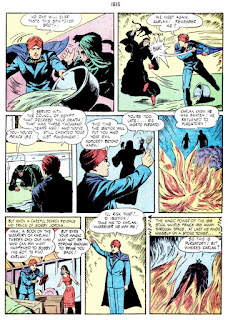 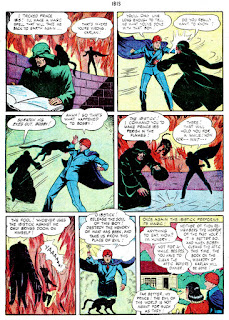 While the use of Purgatory in this story was probably just thoughtless or lazy, that use could be defended. A theologian who believed in Purgatory might concede that there were no Scriptural references to it before the Sixth Century BCE, and perhaps no doctrinal awareness of it, yet almost certainly assert that it had existed before such awareness, regardless of whether ancient Ægyptian religion publicly were aware of it. And, if the orthodox Ægyptian system of belief were privately unaware of Purgatory, it could have made a place in which Karlan could hide to avoid a more dire fate.

There isn't much to the story here. The book is never explained, hands or wands are waved to produce magic effects, there are a few chases, Ibis throws some punches, and the villain falls victim to a booby trap.

But the art is very nice, albeit a bit old-fashioned even for its day; and Taia and Bobby's mom are beautiful.

Daniel, using Purgatory could have been a way of describing an afterlife destination with something many American readers would understand. I am weak on the religion of the ancient Egyptians, but I knew Purgatory (or at least by that name) wasn't part of it.