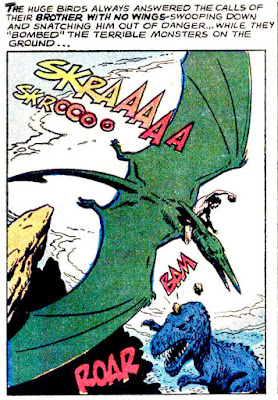 I skipped over the dinosaur/ World War II combat stories DC did in the sixties. DC made a regular series of the idea. “The War That Time Forgot” was the overall name of the individual stories, and they must’ve appealed to many readers, because they kept churning them out. Despite my opinion other comic buyers thought differently enough to keep buying them. Because I didn’t buy them I missed artists like Russ Heath, who wasn’t concerned with how screwy the plot, he just turned in his usual beautifully illustrated job. And a bonus is the cover by Kubert.

Still, there is the trait in the stories of using repetition in comics edited and/or written by Robert Kanigher. Here it is the human, Tommy, raised Tarzan-like among the dino “birds,” with panel after panel of him talking to them and calling them, "My brothers with wings.” It gets annoying after awhile, you know? 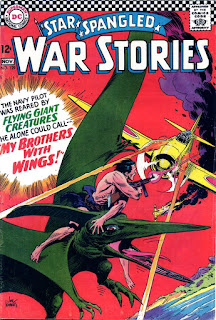 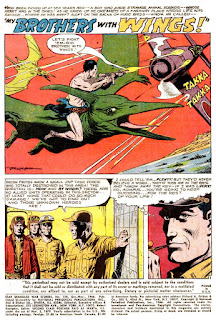 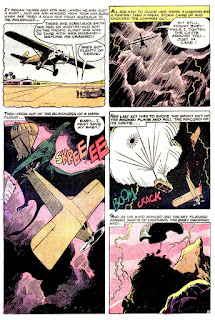 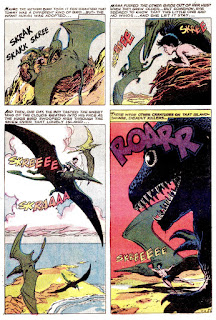 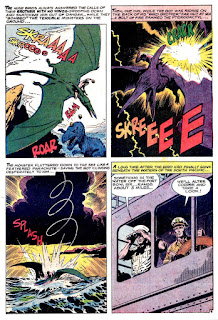 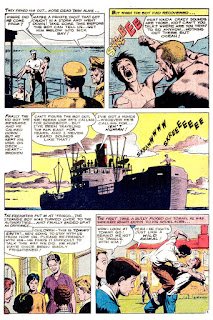 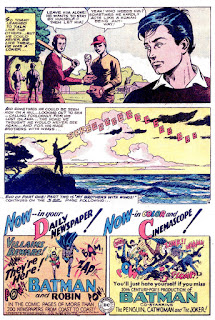 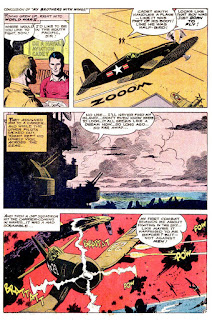 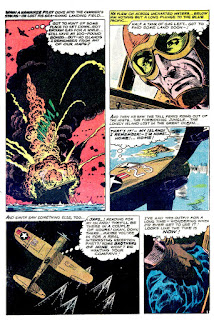 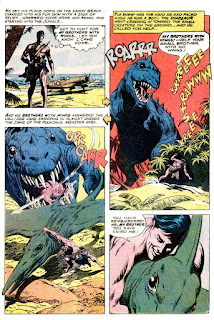 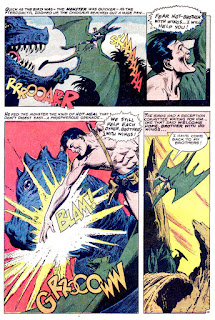 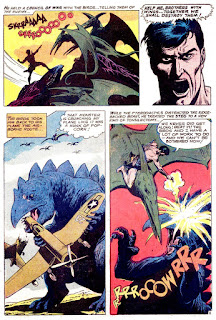 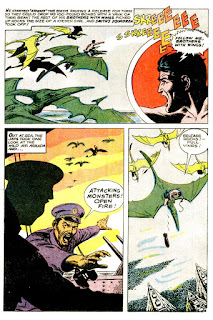 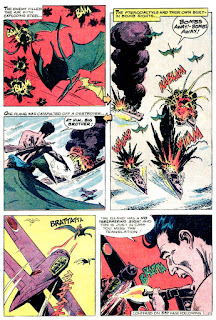 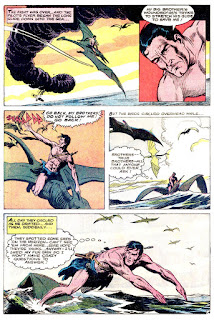 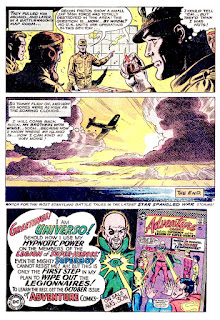 This is a warm-up for the annual Thanksgiving Turkey Awards series, in itself repetitive and annoying. I am guilty of that also. Come back tomorrow.
Posted by Pappy at 12:01 AM

It's strange to see a dinosaur story of any kind where a pterosaur gets to be the "good guy." Even more than other reptiles, they seem to exist in those to try to kill human characters and get killed BY them (or King Kong, or SOMEONE).