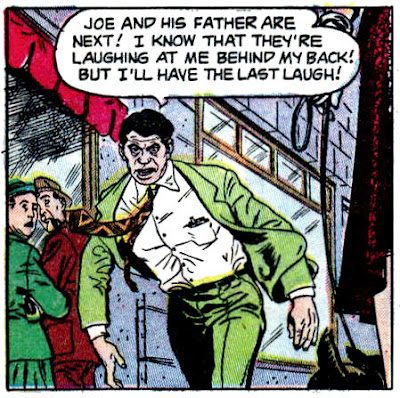 Walter Graves (an appropriate surname) is a psychiatric casualty of World War II. Shortly after the war he has trouble holding a job because of anger and violence issues. Walter has headaches. His doctor says there is no organic cause he can find, but Walter should get mental health treatment. Walter refuses, and as he leaves the doctor thinks, “He is a latent paranoid — a potential killer!” Is there such a thing as a latent paranoid? I was raised by a paranoid. Despite there being levels of paranoia I observed over the years (sometimes not so paranoid, sometimes very paranoid), the condition was always there. And being paranoid doesn’t necessarily make one a potential killer. So, folks, I am cautioning you, do not get your information on mental illness from comic books.

Since this is just a five-page story, in short order Walter takes care of his career as “the Destroyer,” murdering four people he blames for his problems. At the end of the story Walter’s doctor says, “This could have been prevented if there were laws covering potential killers . . . to keep them from walking the streets . . . we never know when some madman like Graves will strike! We never know — who’s next?” Unfortunately, not so easy, as we in the real world are often reminded. So-called “madness” is not always a reason for multiple murders.

Who is Next? #5 (1952) is the name of the one-issue only crime comic book from Standard. The writer of the story is unknown, but the art is by Eisner Award winner Nick Cardy, a longtime comic book pro who did some brilliant work for DC Comics later in his career. 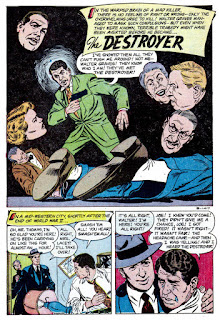 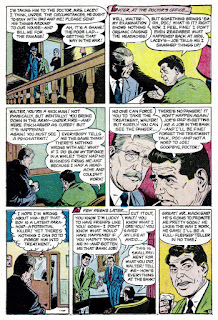 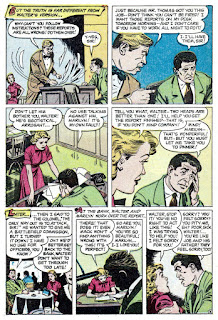 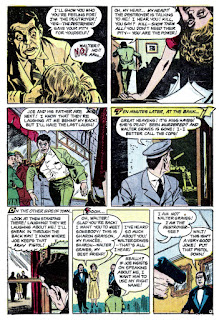 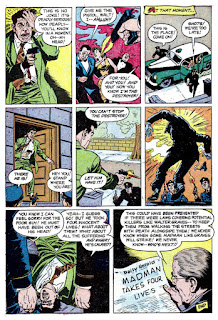 I showed another story of a killer from Who is Next? in 2013. Just click on the cover (which also features the Jeepers Girl, a particular obsession of this blog and Pappy. 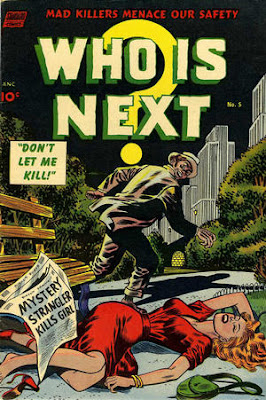 Email ThisBlogThis!Share to TwitterShare to FacebookShare to Pinterest
Labels: Nick Cardy, Standard Comics, Who Is Next

There'd just a lot of popular rot about paranoia. As you note, paranoids aren't always violent. Additionally, the hyper-vigilant aren't always paranoid, and neither paranoids nor other hyper-vigilant types are always driven to negative conclusions. A paranoid can develop affections driven by cognitive processes that are both unusual and unreasonable.

A genuine liberal shudders at the thought of an institutional structure in which ostensible experts can incarcerate and treat people who have yet to do any wrong. But the technocratic moralizing was probably only added to this story to license the portrayal of wanton violence.

Cardy's style evolved considerably during his career. I've seen early work such that I was surprised that it were by the same fellow who would draw teeny-boppers with such apparent relish in the late '60s and in the early '70s. But this art certainly looks more like the stuff that I bought off the rack.

Daniel, Cardy did draw some cute girls in his career, and especially in the seventies.

I also loved his artwork on Bat Lash in 1968, a short-lived but much loved (by me) title.