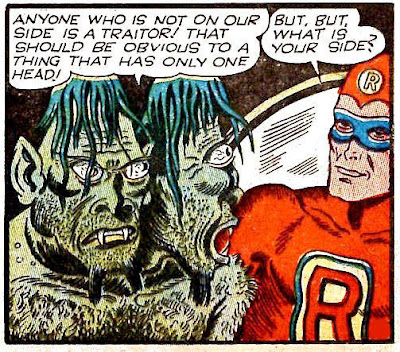 On the day after the big Thanksgiving feast, and having slept off the effect of the tryptophan-loaded turkey, I look forward to turkey sandwiches! Yes, that amazing bird gives us leftovers for several days. With that in mind I give you a turkey leftover, a runner-up story, once considered for the Turkey Awards.

Red Rocket was another short-lived feature of the 1940s, lasting from issues #7 to #11 of Captain Flight comics. Today we have Red Rocket’s final adventure. Since it is about mutations produced from atomic radiation (a big topic after the first nuclear weapons were used), Red Rocket might have fallen prey to radiation sickness and died. After all, Martian mutants had him strapped to a radiation deathtrap, and although he appeared all right at the end of the story, he might have died shortly thereafter. There is no word on those babies born in radiation-rigged hospitals, which triggered Red Rocket’s flight to Mars. I am sad to say they probably came to a very bad end. 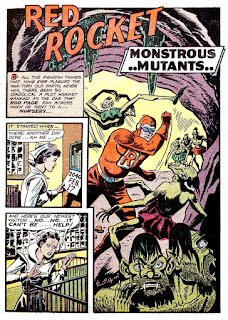 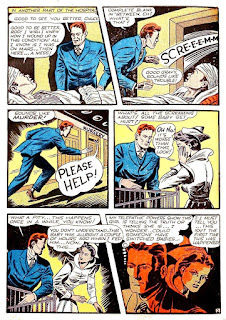 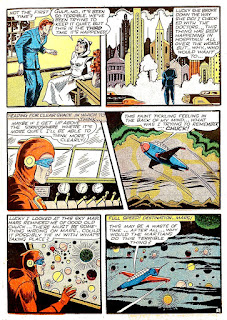 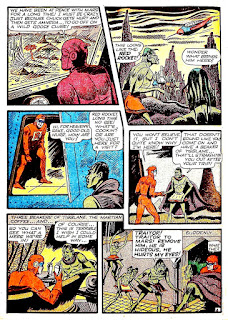 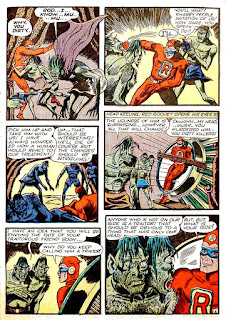 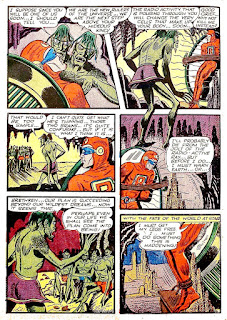 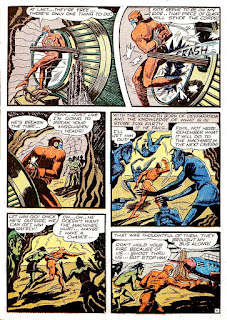 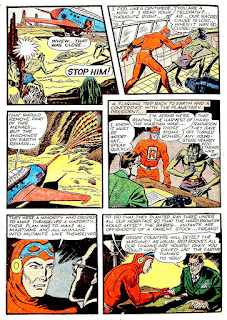 And so those babies that were changed? What? Nothing? "The End!"

In the '50s RR got a new after life with Ajax/Farrell comics,along with Black Cobra Phantom lady and a couple of others,lasted a few issues.