Number 1966: Gale Allen and her All Girl Squadron 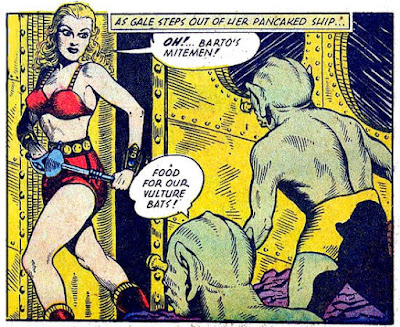 We begin our November postings with a silly, sexy, spacy story from Planet Comics #19 (1942). In six short pages we get girls in two-piece costumes, a couple of bondage panels, “Mitemen” and “vulture bats,” and enough science fiction accoutrements to qualify it as space opera, Fiction House-style. Years ago I hated stories like this because they are goofy...now I love them for that same reason.

I was taken by Black Barto’s gang of interplanetary prison escapees and thieves, because they wear their six-digit numbers on their chests. They remind me of the Beagle Boys, Uncle Scrooge McDuck’s mortal enemies. (Carl Barks panel from Uncle Scrooge #7.) 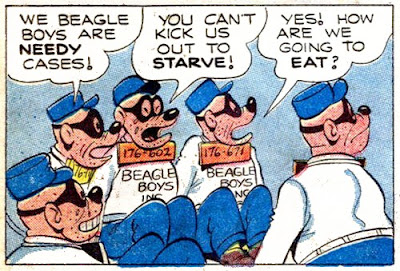 Artwork for “Gale Allen” is credited to George Wilhelms, a long-time comic book journeyman often associated with the American Comics Group. His work shows up in comics from ACG as late as the 1960s. 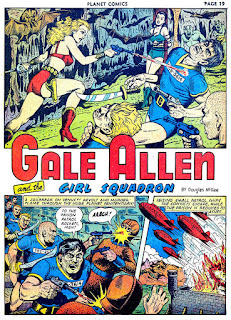 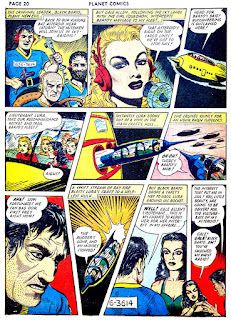 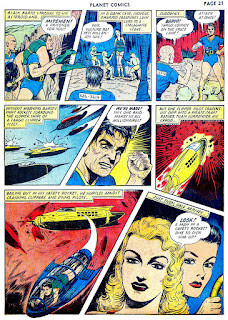 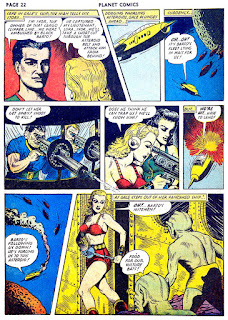 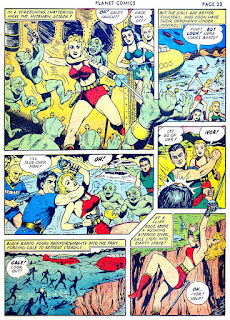 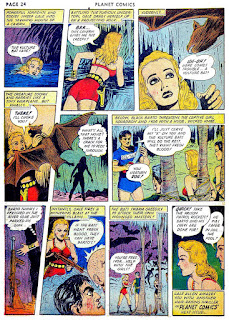 I was always more willing to forgive goofiness than actual ineptitude, and I too appreciate this sort of adventure science fantasy. Still, I prefer the stuff that is more thoughtfully constructed.

It looks to me as if Wilhelms and Fletcher Hanks sometimes swiped from the same source material.