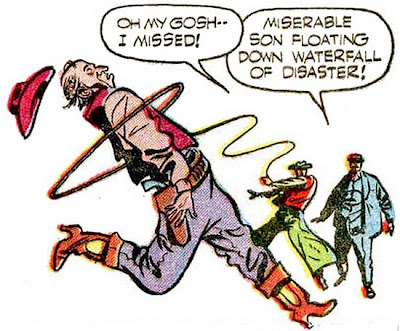 Considering how well known Earl Derr Biggers’ character, Charlie Chan, was in books and movies, the comic book history wasn’t one of long-term success. The longest running series was published by DC in the late fifties, based on a TV show with J. Carroll Naish as Chan. It lasted for six issues. The Grand Comics database lists the publishers of comic books called Charlie Chan, and besides DC, amongst them are Prize Comics with five issues, Charlton with four, and Dell with two. That’s excluding various UK reprints and Pacific Comics Club reprints of the comic strip by Alfred Andriola.

Perhaps detectives like Chan and Ellery Queen (who also had a spotty publishing history), successful in more cerebral whodunnits, just didn’t fit in action-oriented comic books. But there were some interesting attempts to bring Chan to comic books, including the Prize Comics series, which included stories by Dick Briefer, who drew all Charlie Chan material in Prize’s last issue, #5 (1948). I’m posting this story because I like the Western setting. I like the crime plot that hinges on sex. And I think anything drawn by Briefer, famous in comic circles for his various incarnations of Frankenstein, is interesting. 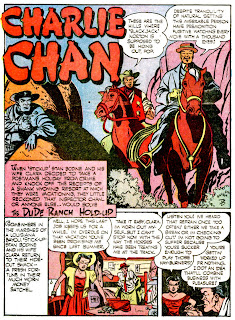 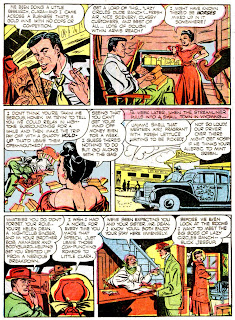 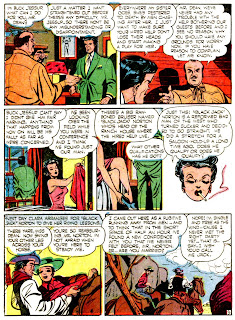 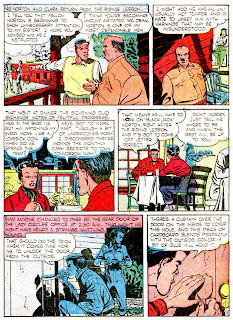 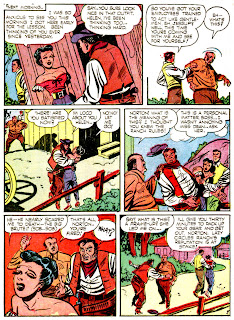 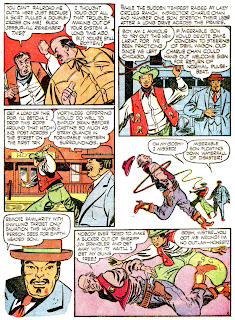 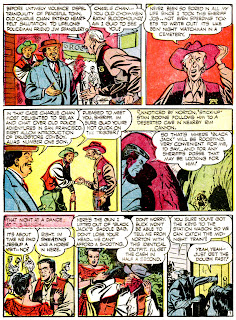 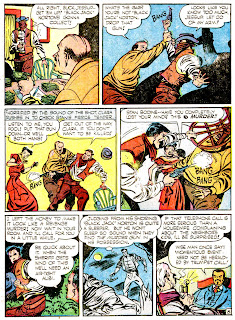 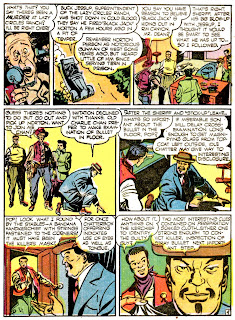 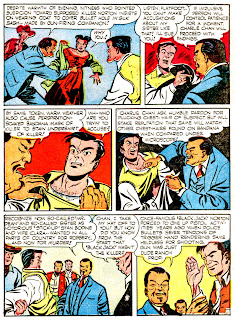