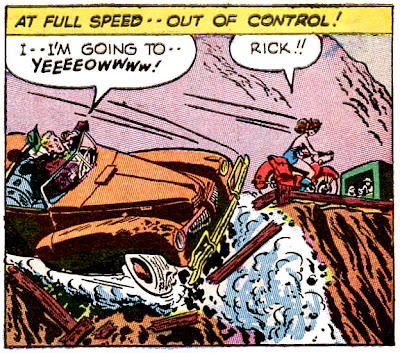 Who is the Black Cat? I just happen to know: Linda Turner, glamorous Hollywood movie star by vocation, masked crimefighter by avocation.

As far as superhero types go, I think Black Cat was as good as any, and being a pretty girl didn’t hurt. It is nice to see a babe kicking butt. There have always been female superheroes, of course, but Black Cat was succeeding in a comic book market where her male counterparts were being cancelled.

This particular story, from Black Cat #2 (1946) has what I always think of as a Batman plot, where a crime kingpin puts a bounty on information leading to the secret identity. I must have seen it used more than a few times, and it is entertaining. I like the Rook’s* gang of illiterate crooks. The panel sequence at the bottom of page 7 is funny. “How ya spell ‘cat’?”

The art is by Lee Elias. 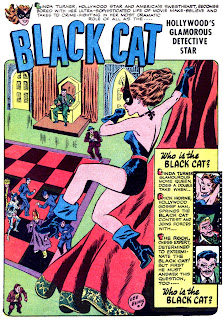 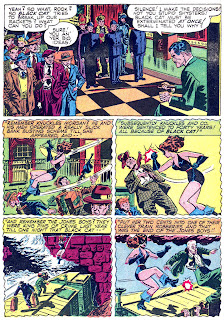 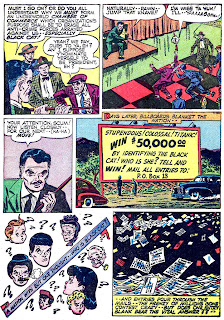 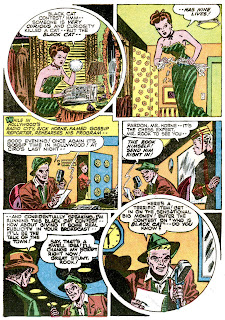 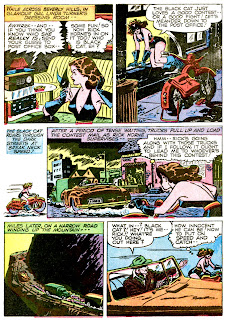 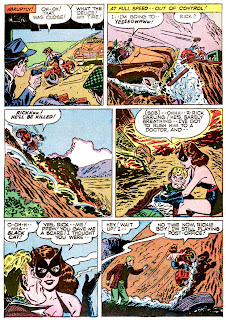 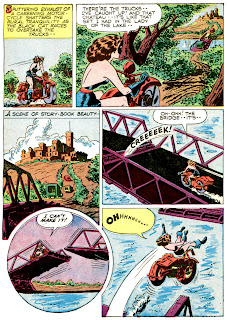 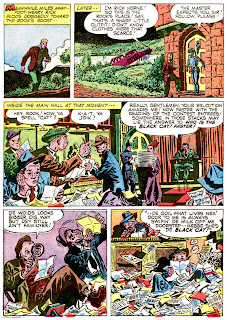 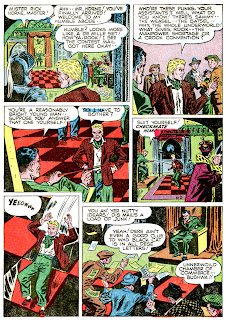 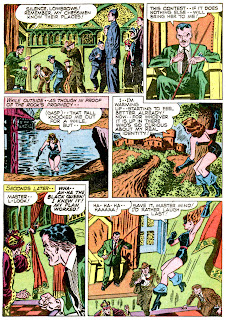 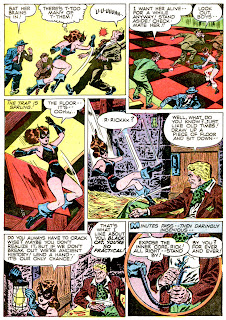 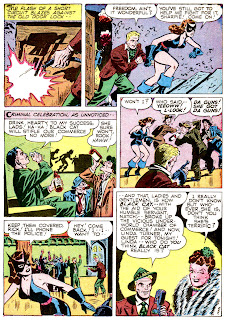 *Thirty years later Elias would do stories for Warren about a time-traveler called the Rook. No relation. 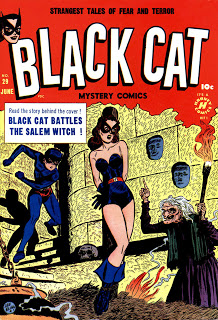 Black Cat is a little less silly without the side kick, but this is full of nonsense. The last panel on the 2nd page looks less like a superhero fight and more like rough-housing at the pool!

I also like that on her time off she lounges around in a tight ball gown.

It certainly is a Batman plot, but a Batman characterization, too, with the theme/name villain. Note that for this story to work, everybody in it has to be incredible dumb or just do dumb things!

"...for this story to work, everybody in it has to be incredible dumb or just do dumb things!"

Brian, you may remember that movie critic Roger Ebert called that "the idiot plot," where everyone in the movie has to be an idiot to make the story work. Works for comics, also!