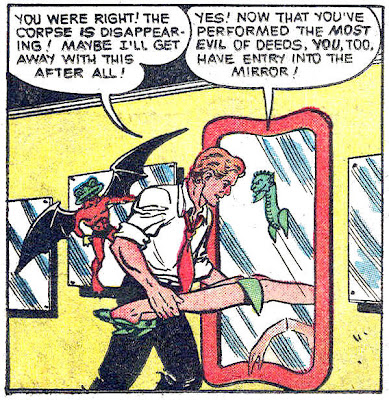 Horror comics characters are usually pretty unpleasant, and by the end of the story get what they deserve in some form of ghastly punishment. And thus the fates of the two main characters in these stories from Ace’s The Beyond #11 (1952).

I have shown these two stories before, but these are newly re-scanned. The art on “The Other Side of the Macabre Mirror” is credited by the Grand Comics Database to Lou Cameron and Rocco Mastroserio. The art on “In the Time Trolls’ Sinister Clutches” is credited to either Mike Sekowsky or Bill Walton, who had similar styles. It looks like Mike Sekowsky to me, but who am I to be art spotting? I don’t know Bill Walton’s artwork that well...not well enough to say with certainty either way.

The antique shop owner in  “Macabre Mirror” — whose appearance inexplicably changes from page one to page two —  looks on page two more like the Vault Keeper from EC.

GCD says they don’t have information on the text story from this issue, so I'm including it for their database. 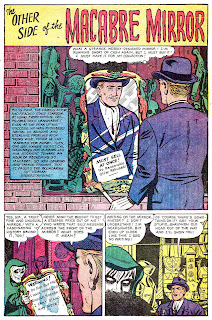 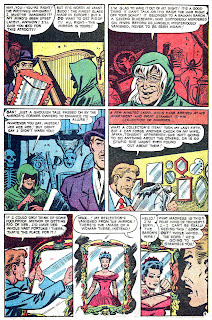 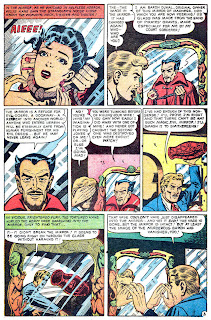 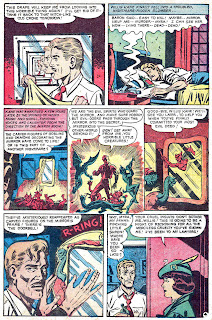 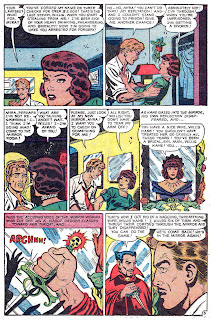 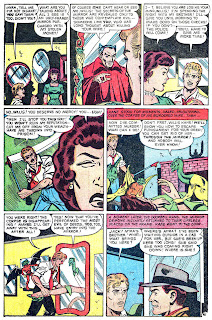 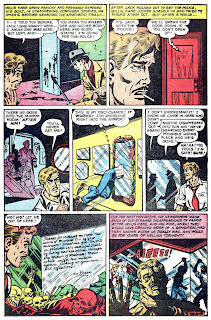 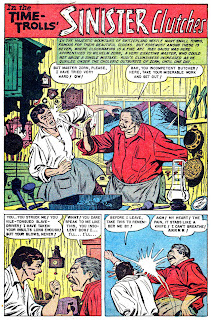 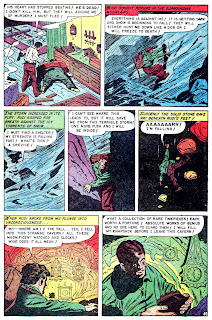 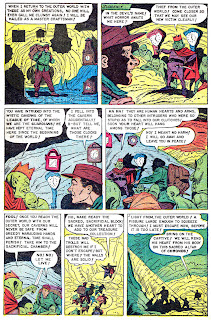 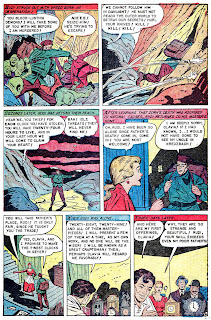 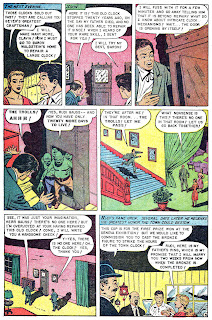 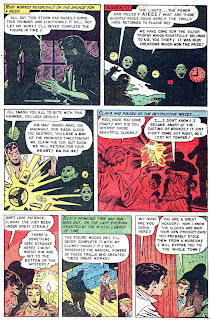 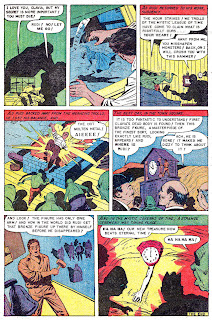 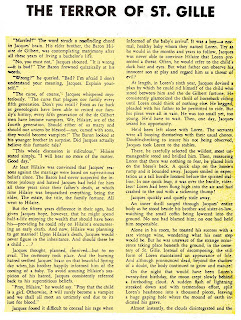 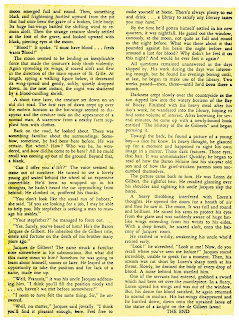 Boy, I love the logic in these old comics. "The vase disappeared into the mirror, but at least the baron's image is gone". What a relief now I know the mirror is halfway normal.

Art is absolutely by Sekowsky.