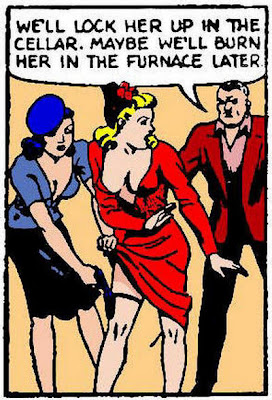 Henry Kujawa of the Professor H’s Wayback Machine blog did me a big favor by coloring a black line strip scheduled for today. “Sally the Sleuth ‘Winning Her Stripes’” was scanned from a reprint in Malibu Comics’ Spicy Tales, but was originally published in the pulp magazine, Spicy Detective, in 1942. Henry did a great job enhancing the strip. He didn’t have the greatest copy to work with...the blobby black line is because the strip came from a pulp magazine, where drawings were reproduced on paper a step below what most of us find in our bathrooms. During printing the ink hit the porous pulp paper and spread into the fibers, making fine lines next to impossible.

Thanks to Henry. You can see more of Henry’s handiwork in his blog, where he does restorations of comic book covers, and even the “Tales of the Great Book” feature from Boy’s Life.

The artwork is credited to Adolphe Barreaux, art editor of the Spicy titles. Those titles were published by some of the same folks who gave us DC Comics, and were more than a shade on the seedy side. They upset postal inspectors and bluenoses of that era. The titles were soon changed from Spicy to Speed, and in my opinion lost about 90% of their desirability. But, that was then. Cheesecake, even slightly kinky cheesecake involving spies with whips and sexy girls who are out of their clothes more than they are in, seems a lot tamer now than it did 70 years ago.

To go along with Sally, we have Dan Turner, the Hollywood detective. It’s also signed by Barreaux and by writer Robert Leslie Bellem, who had a gift for slang-filled dialogue like, “Butched! He’s defunct!” which will probably make more sense when you see it in context. 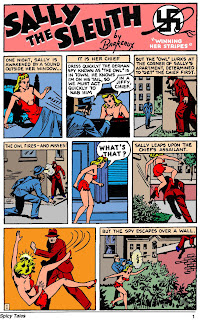 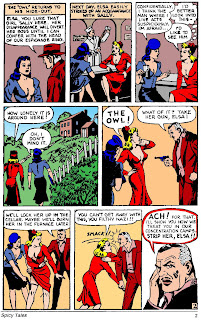 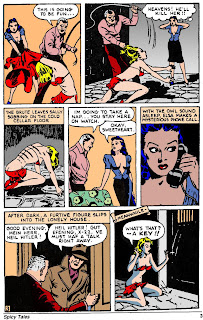 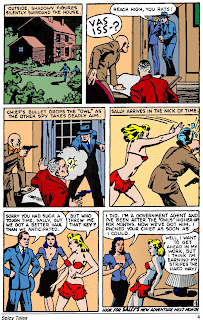 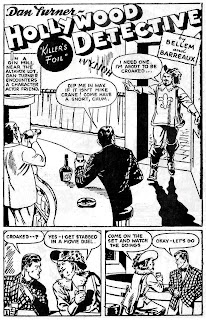 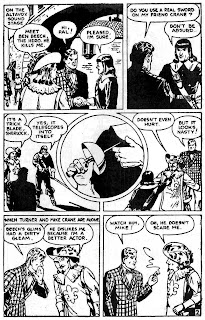 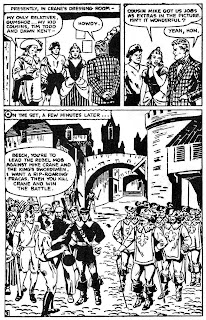 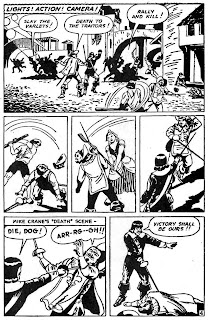 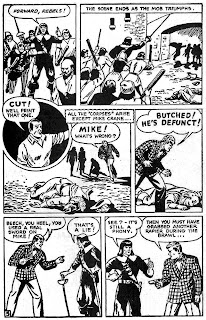 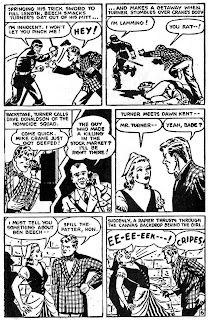 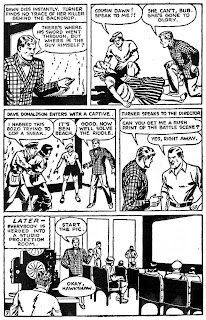 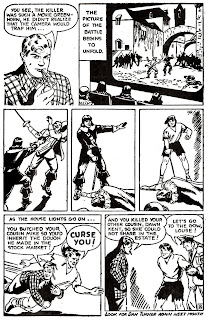 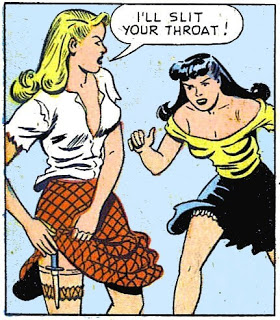 This forces me to pull out this nugget again: "Sure fires up a boy's imagination!"

I like Barreaux's art, and you can see there's a good bit of skill but also work that was done fast and cheap. Of course, the physics of clothes completely escapes him, which turns out to be good for the censors.

Brian, I've mentioned before that Barreaux ran an art studio, financed by the publisher of the Spicy pulps, to do all the artwork for their line. I believe that the artwork signed by him from this era was done by various other artists.

I agree with you about the "physics of clothes." It was ingenious how many ways the writers of Sally the Sleuth found to get her out of her clothes within the first couple of panels.